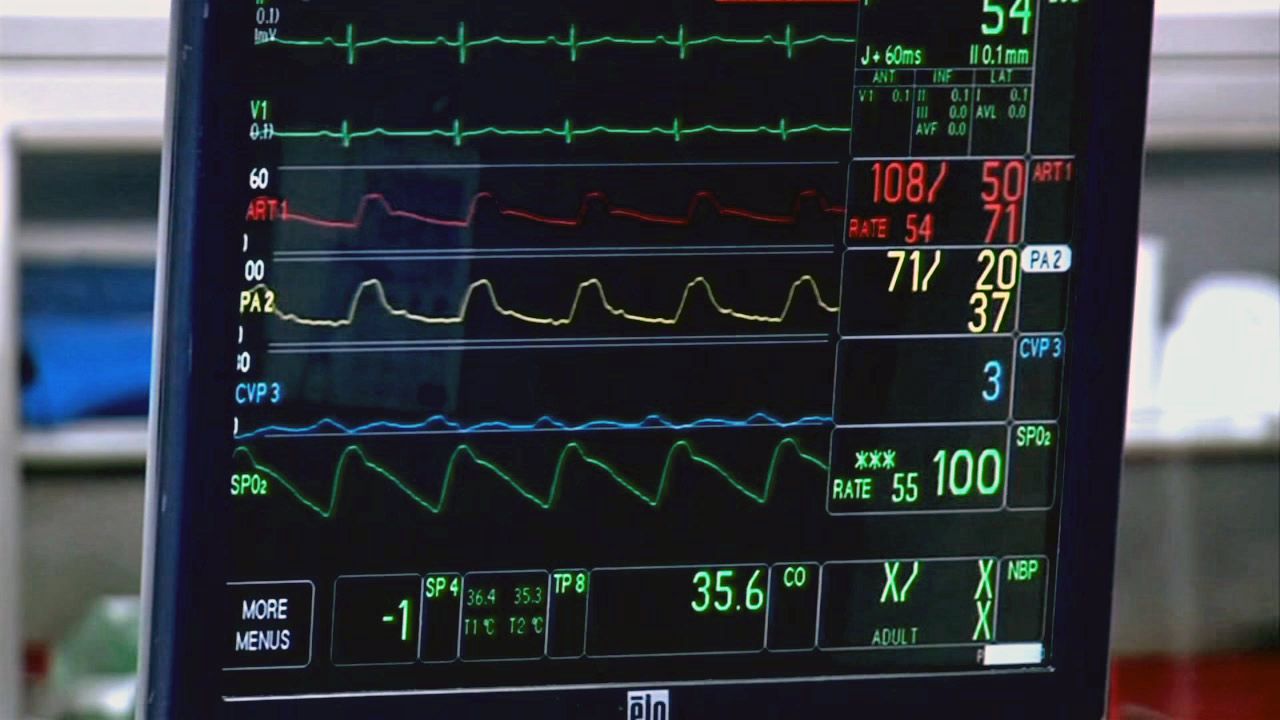 When Tim Harshman woke up on a spring morning in May 2006, he felt off.

“He had left for work and I knew when he left, he didn’t feel well,” said wife, Lisa Harshman. “He was kind of sweaty and kind of sluggish.”

Roughly 30 minutes after he left for work, the wife’s phone rang.

“It was a friend of ours because we both worked in the operating room together and it was a very scary time,” she said. “I didn’t know what to think, she didn’t want to give me details, she basically said get to the hospital as quick as possible.

Lisa and Tim both worked at a hospital in Jacksonville. During a case that morning, Tim collapsed in the operating room.

“Apparently he was just standing there in the case and collapsed,” Lisa explained. “At first he was still awake and they thought maybe he was having a seizure, they didn’t really know what was happening and then within minutes they lost his pulse and he was in complete cardiac arrest.”

Tim said the doctors and staff in the OR acted immediately when he collapsed.

“Thank God and I say that honestly, thank God they were in the OR. They had the ability, the equipment and the knowledge to do what they did,” he said. “If not for them, I wouldn’t be telling you this story.”

His colleagues’ swift action is exactly what the American Heart Association suggests during a medical emergency, like a heart attack or cardiac arrest.

“It is so important to first stay calm, you have to stay calm so that you are able to assess the situation,” said Amber Wilson, American Heart Association executive director on the First Coast. “If it is heart attack symptoms that they are experiencing, chest discomfort, shortness of breath, lightheaded or dizziness, it is so important to call 911.”

Wilson said knowing how to perform CPR is also important. For perspective, the American Heart Association said for every minute without CPR, the survival from a witnessed cardiac arrest decreases 7-10%.

Wilson said knowing how to react in an emergency can make a big difference.

“Fast action is so important,” said Wilson. “It is the most important thing when it comes to cardiac arrest or heart attack. You are doubling, if not tripling, your survival rates when acting fast.”

After Tim’s heart attack, he said he had short-term memory loss and underwent treatment at Brooks Rehabilitation. Today, he feels 100% better.

“I feel actually better than before I had my heart attack so that says a lot,” Tim said. “So, don’t smoke, it doesn’t do any good for anybody and get certified in CPR for the good of everyone else.”

For information about reacting in an emergency and CPR training, visit heart.org.

Golden Globes 2021: The Complete List of Nominees | Entertainment Weekly
Ask Amy: My ex is torturing me with gloating texts