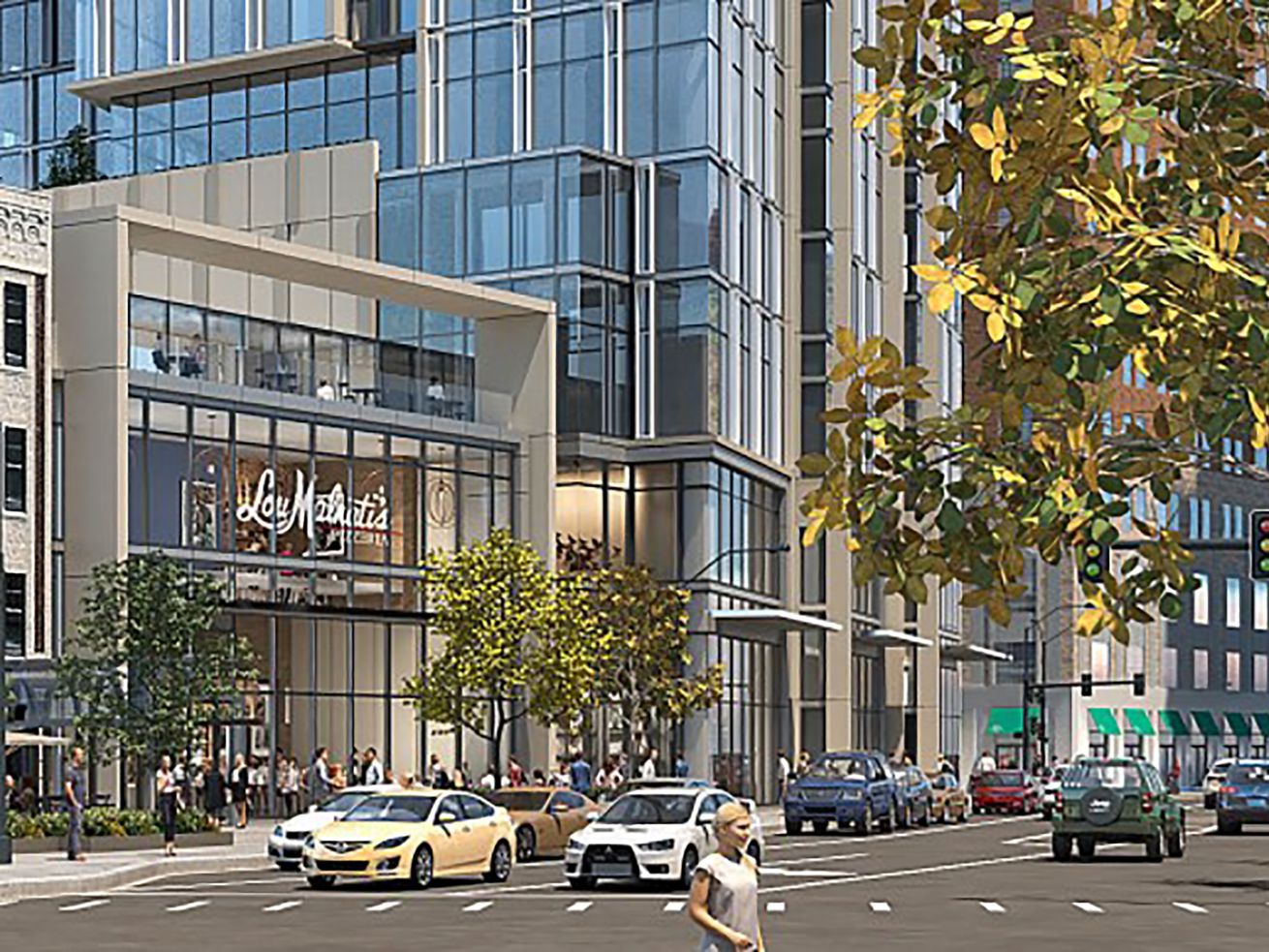 A view of the street frontage for the development at 1130 N. State St., including a Lou Malnati’s. The developer, Newcastle, said some design aspects may change. | Provided

A downsized proposal for an apartment tower on the Near North Side will get a review at a community meeting, a sign that a project in limbo for almost two years could be moving forward.

The developer Newcastle wants to erect a 29-story building at 1130 N. State St. that would include 304 residential units, according to an email to constituents from Ald. Brian Hopkins (2nd).

An earlier version called for 42 stories and 388 units. Hopkins rejected it in the fall of 2019. About a year later, Newcastle first aired plans for a smaller building, and now it has tweaked those in response to criticism.

Hopkins called an online meeting for local residents at 6 p.m. June 23 to discuss the revision. In his email, Hopkins said the new plan allows for a future outdoor plaza and provides space for a popular Lou Malnati’s pizzeria that occupies the property. The site formerly had a Barnes & Noble bookstore.

Hopkins said in an interview that he’s reserving judgment pending residents’ reaction. “I think the changes are much more likely to mitigate community opposition, which remains prevalent on this project,” he said.

In his email, Hopkins said, “Since the last community meeting for this project in October of 2020, the project has been revised to accommodate city departmental reviews, which has improved the pedestrian walking experience and architectural massing context.” He will co-host the meeting with Gold Coast Neighbors, the North Dearborn Association and Newcastle.

Senior Living: You were diagnosed as prediabetic — now what?

Principals of Newcastle were unavailable for comment Friday. Laura Giampietro, the firm’s senior vice president of marketing, said it is working on final details and renderings for the meeting. Hopkins’ office provided what it said were the latest images from Newcastle.

The firm has been active on the North Side and backs an 89-story apartment building under construction just up the street at 1210 N. State Parkway.

Newcastle previously said the 1130 N. State building would include 90 garage parking spaces for residents. It said the project requires no public subsidies.

The building’s architecture is by Solomon Cordwell Buenz.

Provided
A rendering of the building proposed for 1130 N. State St., with a view looking west on Elm Street. The developer said design revisions are possible.
…read more