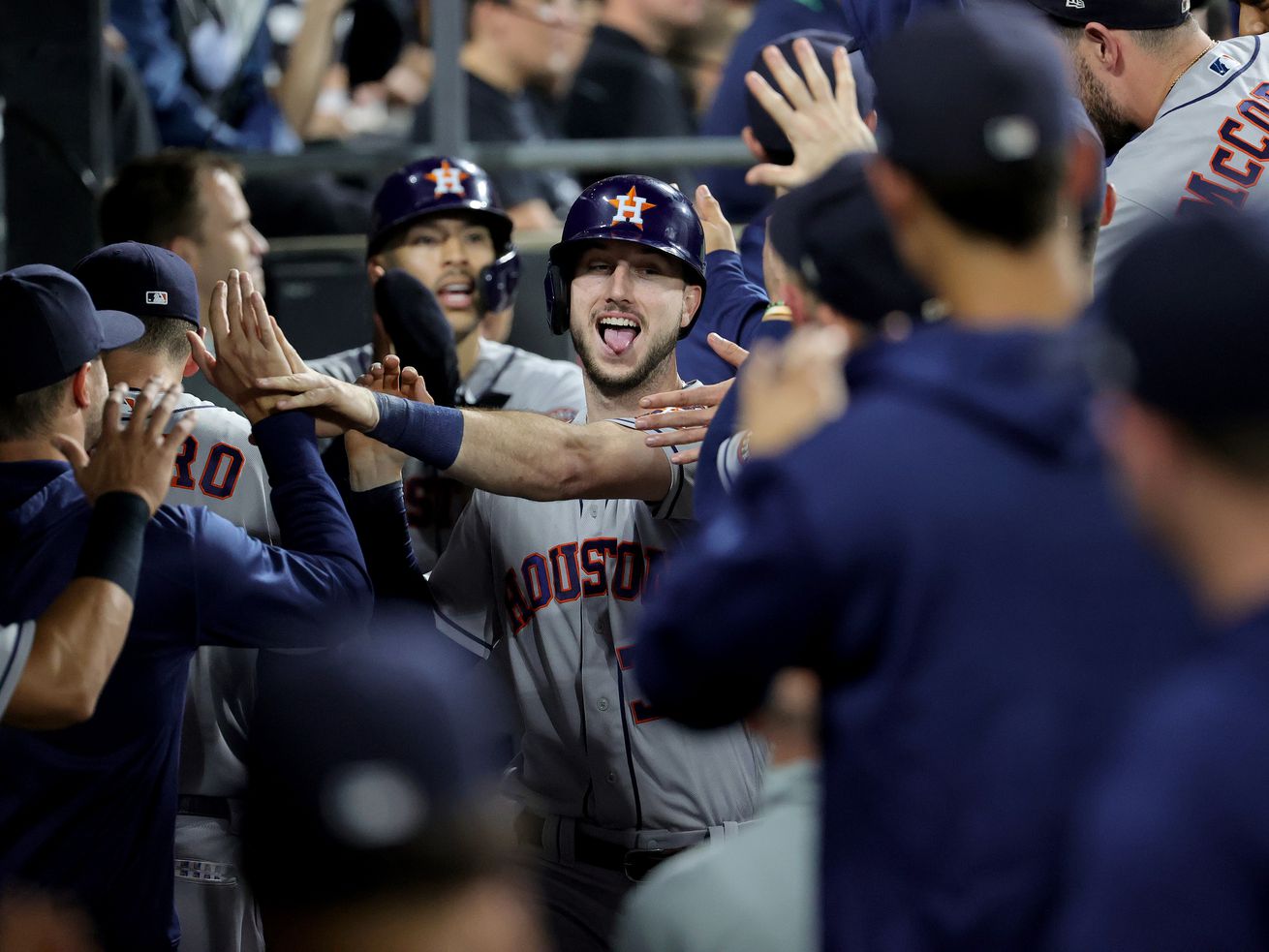 The Astros score a lot of runs — which proves nothing. | Photo by Jonathan Daniel/Getty Images

The Astros are a bunch of cheaters, and it doesn’t matter whether or not that’s actually true.

Stolen signs. Garbage cans. Boos and taunts — wherever they go.

The Astros are a bunch of cheaters, and it doesn’t matter whether or not that’s actually true. They’re still treated as such by baseball fans all over — and opponents such as the White Sox — since they were busted for institutionalizing rogue practices during the 2017 and 2018 seasons.

“There’s nothing you can do about perception,” Astros manager Dusty Baker said Monday, “because perception is whatever you perceive it to be.”

Exactly. Wait, did that make sense?

But never mind that. How dare the Astros continue to sully baseball’s pristine image?

Gambling, racism, cocaine, steroids … OK, so this is just sign-stealing everybody’s suddenly flipping out about (again) since Sox reliever Ryan Tepera heaved a Molotov cocktail into the opposing clubhouse after Game 3 of the American League Division Series. Tepera claimed the Astros still have a reputation for doing “sketchy stuff” and implied their victories in Games 1 and 2 in Houston were — how to put it? — ill-gotten.

“But that’s not really the story,” Tepera added, the Sox having climbed back into the series with a 12-6 win at Guaranteed Rate Field. “We come here to play. We’re going to compete. We’re not going to worry about what they’re going to do.”

Not going to worry? Too late for that, bub. Even with the rain that postponed Game 4 to Tuesday, this Sox-Astros clash is dry-rubbed with resentment and ready to put onto the fire.

Please, somebody else say something inflammatory so we can amp up the phony outrage.

“Are we aware that there are certain teams out there that are better at relaying signs at second base? Yeah, absolutely,” Sox reliever Aaron Bummer said.

It’s not exactly a profane chant like the ones Sox fans directed at the Astros in Game 3, but it’ll move the needle.

Baker referred to the Sox’ insinuations as “heavy accusations” and insinuated himself — correctly, by the way — that one team trying to pick up on another’s sign language isn’t exactly a black art. That’s because, as even Sox manager Tony La Russa acknowledges, all teams do it. It’s a tradition older than crotch-grabbing and tobacco-spitting.

But let’s not let the truth get in the way of a good non-story.

He doesn’t get into it? La Russa gets so into it that, several years ago, when he worked in Major League Baseball operations, he had the big idea that runners on second base should turn their backs to home plate and face center field while the catcher is putting his signals down. The …read more

Seasonal start to the week, warmer days to follow