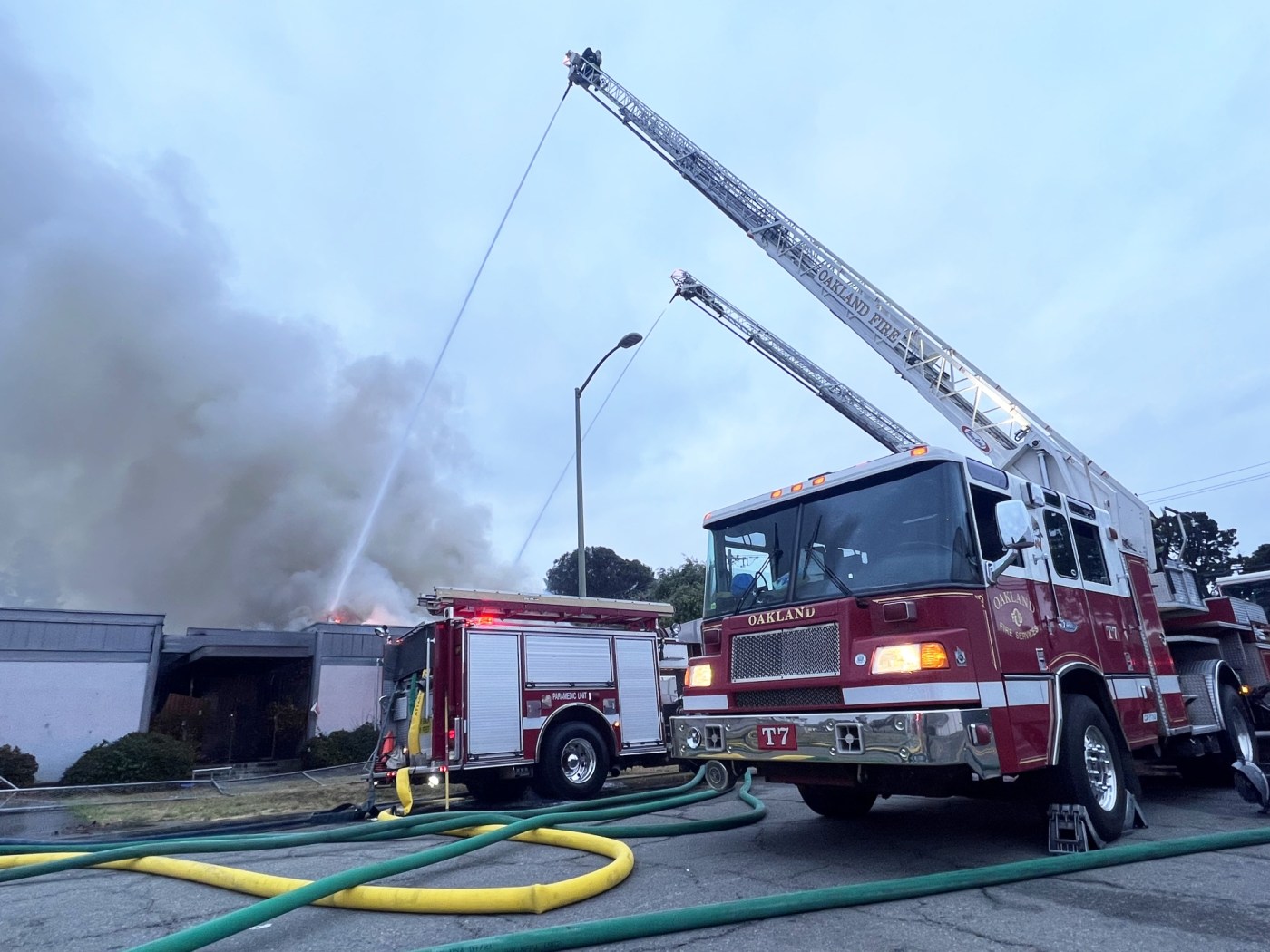 OAKLAND — A vacant commercial building near the Oakland airport that was damaged by a fire in May sustained more damage in another fire Friday morning, officials said.

No one was injured in the fire, which took at least 35 firefighters almost two hours to control.

There were no reported injuries to firefighters and no one was found inside the building.

The fire erupted about 5:45 a.m. Friday at the building at 8407 Edgewater Drive at Pendleton Way, which has fences around the property.

Responding firefighters were met by thick black smoke and bright flames. They used hose lines from three aerial ladders to help battle the fire, which was deemed under control at 7:30 a.m.

The cause of the fire was under investigation.

The May 19 fire at the building was believed to have been started by squatters, officials said.

Since then the fence had been erected around the property and after structural inspections it was considered “red tagged,” meaning no one was supposed to be inside, officials said.

What LeBron James is weighing with possible Lakers extension looming