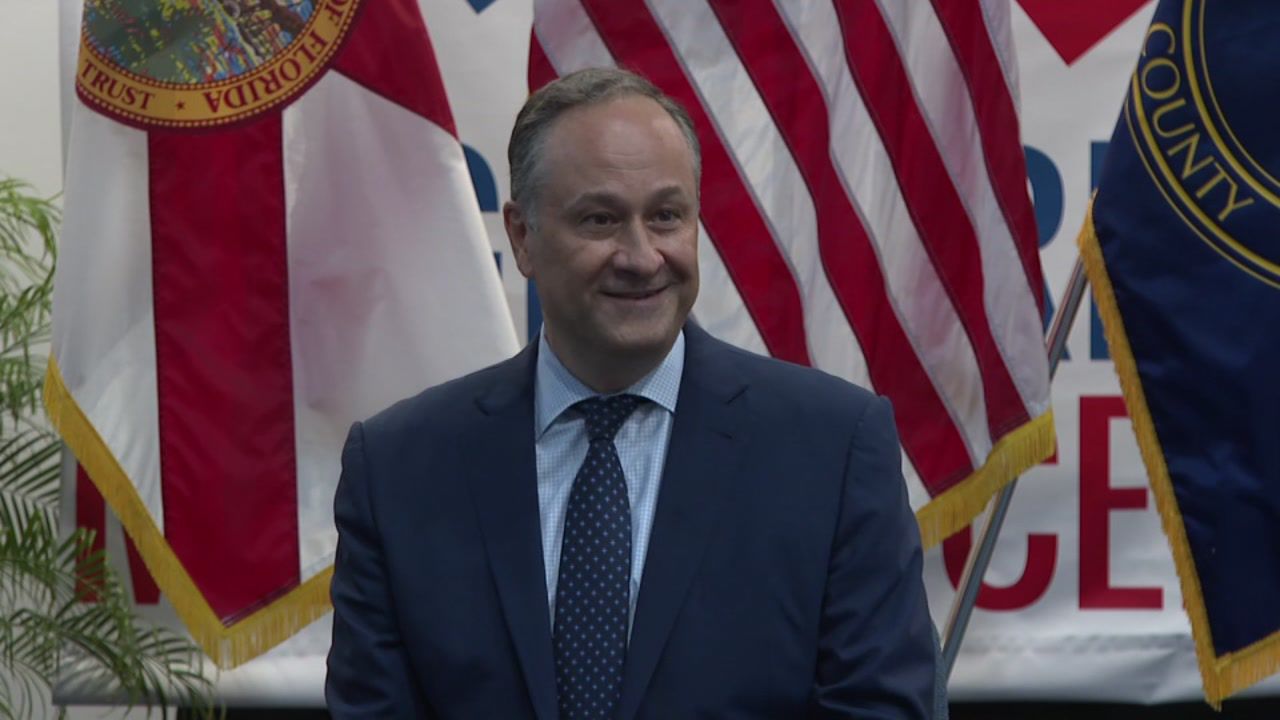 The goal is to increase the national COVID-19 vaccination rate to 70% by the Fourth of July.

The second gentleman’s motorcade arrived Thursday at a Florida Department of Health office in a predominately African American neighborhood. Statewide, 20% of the Black population has gotten a shot.

“Going to the sporting events and the weddings and all the things people want to do this summer and get back to school in the fall and going back to movie theaters, they are not going to be able to do that unless we hit those numbers — 70% plus,” Emhoff said.

In the audience was 16-year-old Maya Waymon, who volunteered for a shot.

“The concerns of my generation is the side effects and just not being sure how it’s going to affect us as young individuals,” said Waymon.

Right now, Florida’s vaccination rate stands at 53% for those 12 and older.

“The vaccinations are working. They are safe. They are free,” said Emhoff. “There are incentives. There’s free beer.”

There was also a quick tour of a mobile vaccine unit and questions. Emhoff was asked if free beer was really enough to incentivize those hesitant to get the vaccine.

Face to Face: What 9 single adults learned as they accepted President Nelson’s invitation to increase their faith

So far, a total of 10.1 million Floridians have had at least one shot. More than 3.7 million more shots are needed to reach President Joe Biden’s goal of 70%.

Clippers, Jazz are out to right last postseason’s wrongs