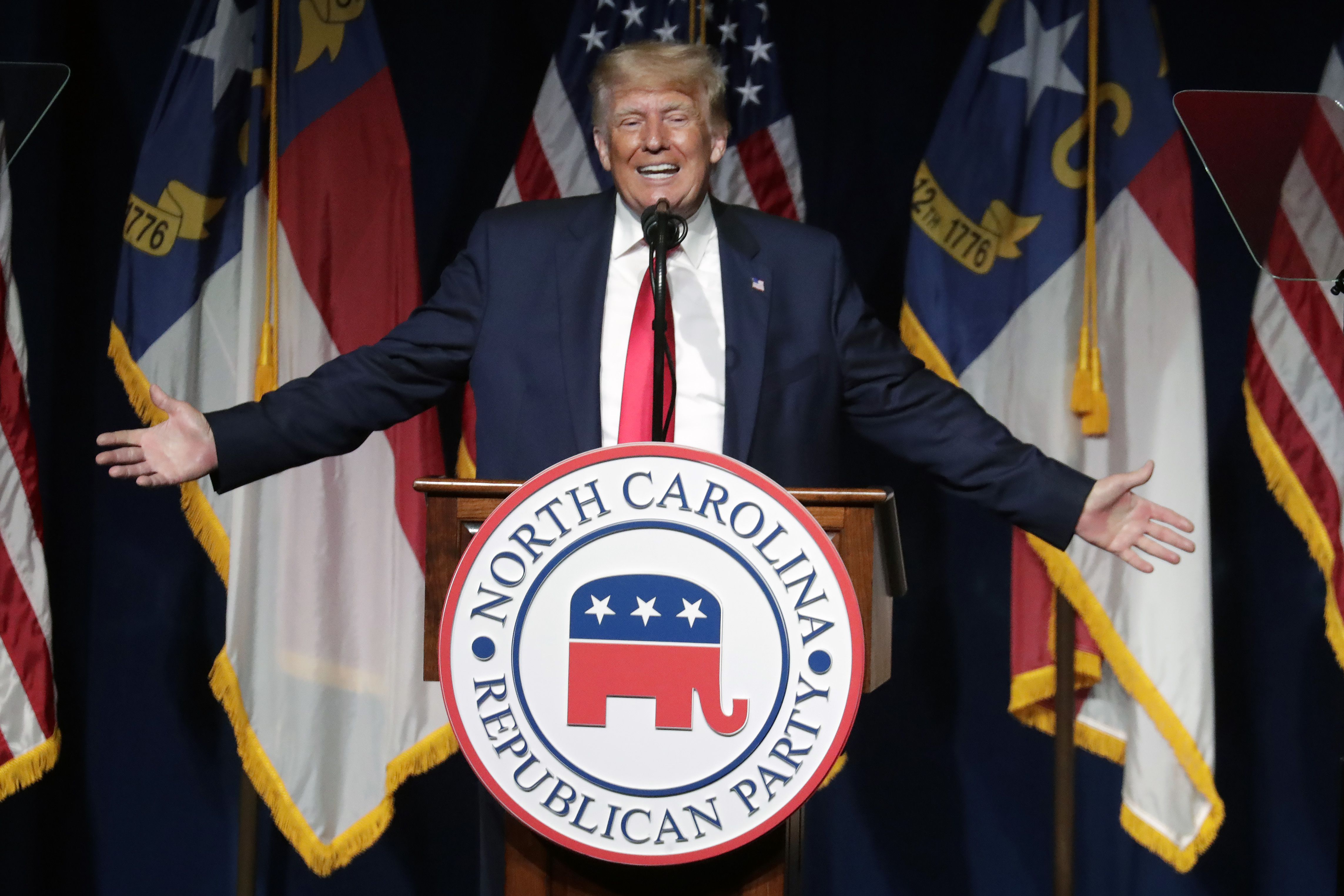 Former President Donald Trump has made no secret of his long list of political enemies. It just wasn’t clear until now how far he would go to try to punish them.

Two House Democrats disclosed this week that their smartphone data was secretly obtained by the Trump Justice Department as part of an effort to uncover the source of leaks related to the investigation of Russian-related election interference.

It was a stunning revelation that one branch of government was using its power to gather private information on another, a move that carried echoes of President Richard Nixon during Watergate.

On Friday, the Justice Department’s internal watchdog announced that it was investigating the records seizure. And Democratic leaders in Congress are demanding that former top Justice officials testify before a Senate committee to explain why the iPhone records of Reps. Adam Schiff and Eric Swalwell, both Democrats, and their family members were secretly subpoenaed in 2018. The records of at least 12 people were eventually shared by Apple.

The dispute showed that the rancorous partisan fights that coursed through the Trump presidency continue to play out in new and potentially damaging ways even as the Biden administration has worked to put those turbulent four years in the past.

“Attorneys general’s only loyalty should be to the rule of law — never to politics,” he said.

The disclosure that the records had been seized raised a number of troubling questions. Who else may have been targeted? What was the legal justification to target members of Congress? Why did Apple, a company that prides itself on user privacy, hand over the records? And what end was the Trump Justice Department pursuing?

The revelations also are forcing the Biden Justice Department and Attorney General Merrick Garland to wade back into a fight with their predecessors.

“The question here is just how did Trump use his political power to go after his enemies — how did he use the government for his political benefit,” said Kathleen Clark, legal ethics scholar at Washington University in St. Louis.

The effort to obtain the data came as Trump was publicly and privately fuming over investigations by Congress and then-special counsel Robert Mueller into his 2016 campaign’s ties to Russia.

Trump inveighed against leaks throughout his time in office, accusing a “deep state” of working to undermine him by sharing unflattering information. He repeatedly called on his Justice Department and attorneys general to “go after the leakers,” including singling out former FBI Director James Comey and Schiff, now chairman of the House Intelligence Committee.

In May of 2018, he tweeted that reports of leaks in his White House were exaggerated, but said that nonetheless, “leakers are traitors and cowards, and we will find out who they are!”

Schiff and Swalwell were two of the most visible Democrats on the House Intelligence Committee, then led by Republicans, during the Russia inquiry. Both California lawmakers …read more

Subtle shifts in summer weather can mean a big shift