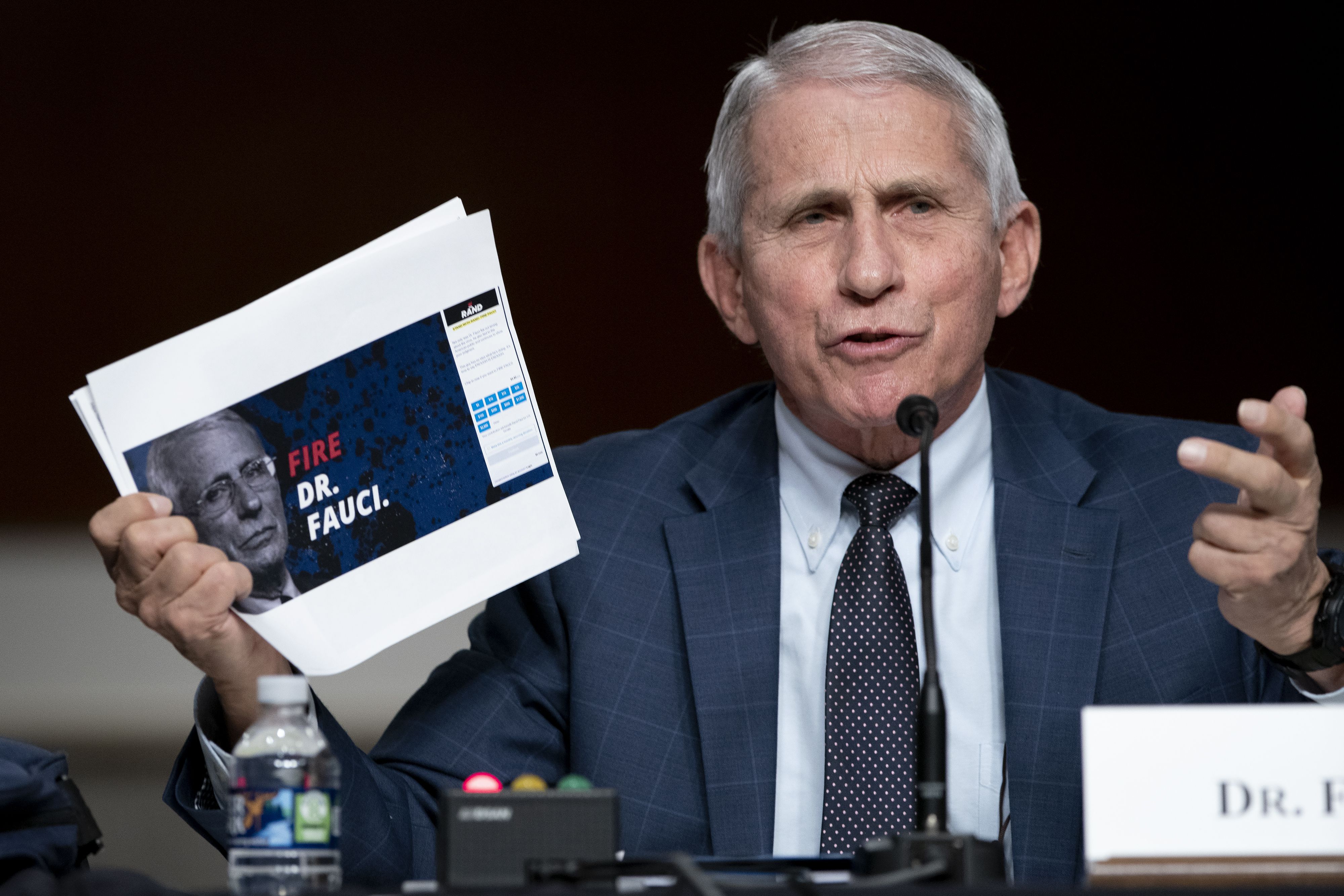 Dr. Anthony Fauci, the U.S. government’s top infectious disease expert, angrily accused a senator Tuesday of making false accusations that are leading to threats against him — all to raise political cash.

Republican Sen. Rand Paul of Kentucky has repeatedly said Fauci lies about the pandemic and in a hearing Tuesday also claimed that he tried to “take down” some scientists who disagreed with him.

Paul and other conservative critics have focused their ire at how the pandemic is being handled on Fauci, the National Institutes of Health infectious disease chief who also is President Joe Biden’s chief medical adviser. Fauci has needed increased security since 2020 because of threats and harassment against him and his family.

Tuesday, Fauci expressed frustration that this far into the pandemic the senator still “accuses me of things that are completely untrue” and “kindles the crazies out there.”

He pointed to the arrest last month of a California man who was stopped for speeding in Iowa and told a sheriff’s deputy he was on the way to the nation’s capital to kill a list of people in power — including Fauci. Court documents show the man, Kuachua Brillion Xiong of Sacramento, had an AR-15 style rifle, ammunition and body armor in the car.

Fauci said the Paul’s website has a “fire Dr. Fauci” page that includes a call for political contributions ranging from $5 to $100.

“You are making a catastrophic epidemic for your political gain,” he said.

The feud overshadowed a hearing of the Senate Health, Education, Labor and Pensions committee designed to examine if policy changes are needed while the U.S. is battling the hugely contagious omicron variant.

Genomic surveillance: How scientists know which COVID variants are circulating

Among the chief complaints of Republicans and Democrats alike is a continuing lack of tests to make it easier for people to tell if they have COVID-19 so they can stay home and not spread it.

“I just say to all of you right now, testing’s broken,” said an exasperated Sen. Richard Burr of North Carolina, the committee’s ranking member.

Still, Burr and several other lawmakers on both sides of the aisle also thanked Fauci for his work to fight the pandemic.

“You’re so misinformed that it’s extraordinary,” Fauci responded, saying those documents are publicly available upon request. As the exchange ended, Fauci could be heard muttering off-camera, “What a moron.”

Netflix raising US, Canada prices even as streaming competition grows