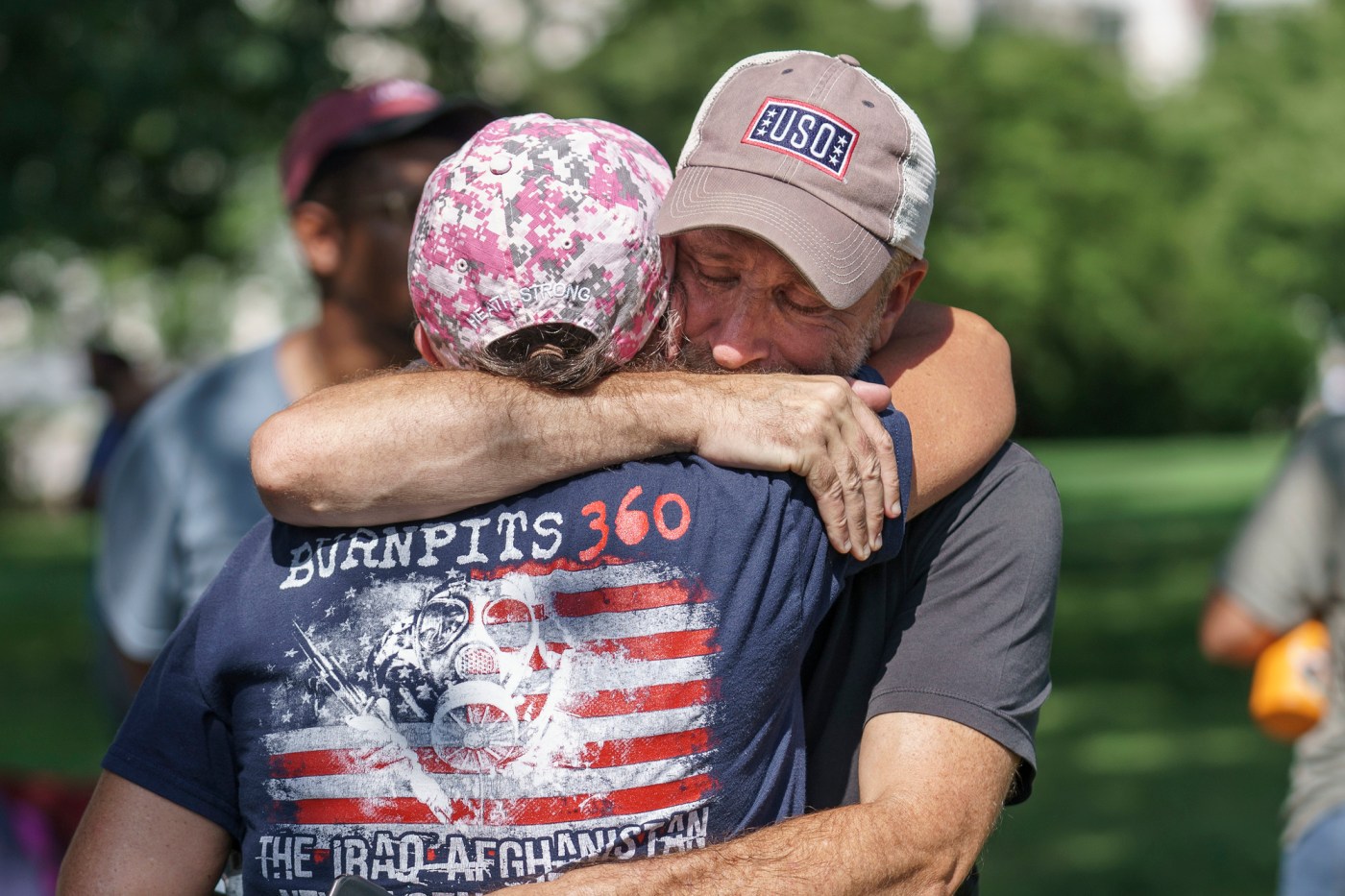 WASHINGTON — A bill enhancing health care and disability benefits for millions of veterans exposed to toxic burn pits won final approval in the Senate on Tuesday, ending a brief stalemate over the measure that had infuriated advocates and inspired some to camp outside the Capitol.

The bill now goes to President Joe Biden’s desk to be signed into law. He has said the bill “makes good on our sacred obligation” to care for veterans and their families.

It had also approved the legislation back in June, but the legislation required a do-over for a technical fix. That process derailed when Republicans made a late attempt to change another aspect of the bill last week and blocked it from advancing.

The abrupt delay outraged veterans groups and advocates, including comedian Jon Stewart. It also placed GOP senators in the uncomfortable position of delaying the top legislative priority of service organizations this session of Congress.

A group of veterans and their families have been camping out at the Capitol since that vote. Senate Majority Leader Chuck Schumer, D-N.Y., said he had good news for them when he announced the final vote for Tuesday evening.

“Veterans who were exposed to the toxic fumes of burn pits will be treated by the VA like they should have been from the beginning,” Schumer said.

The legislation directs the VA to presume that certain respiratory illnesses and cancers were related to burn pit exposure, allowing veterans to obtain disability payments to compensate for their injury without having to prove the illness was a result of their service.

Roughly 70% of disability claims related to burn pit exposure are denied by the VA due to lack of evidence, scientific data and information from the Defense Department.

Jon Stewart and Democrats rail against stalled burn pits legislation to help vets: ‘This is bull****’

The military used burn pits to dispose of such things as chemicals, cans, tires, plastics and medical and human waste.

Hundreds of thousands of Vietnam War era veterans and survivors also stand to benefit from the legislation. The bill adds hypertension, or high blood pressure, as a presumptive disease associated with Agent Orange exposure.

The bill is projected to increase federal deficits by about $277 billion over 10 years.

Jeffree Star profits on the sale of his $16.7 million Hidden Hills mansion