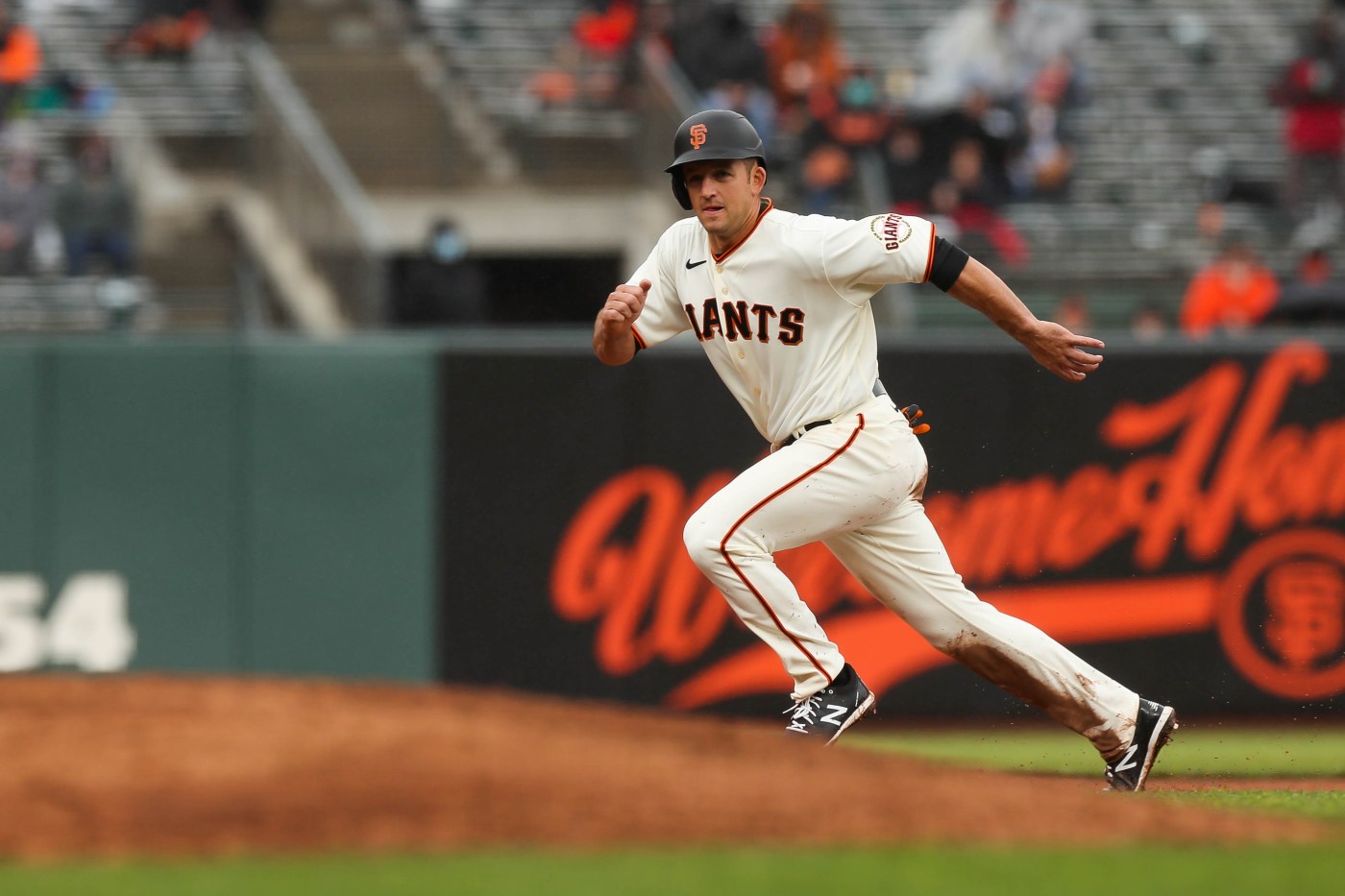 When the Giants opened the regular season, second base appeared to be a position of strength as the club returned reigning Silver Slugger Award winner Donovan Solano and had brought in free agent Tommy La Stella during the offseason.

Five weeks into the season, both Solano and La Stella have landed on the injured list.

After Solano suffered a moderate right calf strain on April 21 against the Phillies, La Stella strained his left hamstring on Sunday against the Padres and was placed on the 10-day injured list ahead of Tuesday’s doubleheader against the Colorado Rockies.

With their top two second basemen unavailable, the Giants recalled Jason Vosler from the taxi squad Tuesday and will likely use him in the same role La Stella held before his injury.

The Giants also announced left-handed pitcher Conner Menez has been designated as the team’s “27th man” for Tuesday’s doubleheader, which gives the club another southpaw out of the bullpen.

Vosler joined the Giants on a major league contract this offseason despite never playing in a game at the big league level. The former Cubs and Padres prospect topped out at Triple-A in San Diego’s farm system in 2019 and spent time at the Padres’ alternate site last summer, but the Giants felt comfortable giving him a major league deal anyway and anticipated he would be able to provide critical depth at second and third base this year.

With La Stella out, Vosler will likely see most of his opportunities at second base where he could split time with right-handed hitting infielder Wilmer Flores, but he’ll also be asked to back up Evan Longoria at third base. Longoria has dealt with plantar fasciitis the last few seasons and tweaked his hamstring during the Giants’ last homestand, but was able to avoid a stint on the injured list.

Giants manager Gabe Kapler wants to be cautious with how much he’s asking of his veteran position players given the high number of soft tissue injuries the club has dealt with thus far, so the 27-year-old Vosler could see a significant amount of playing time over the next few weeks.

The Giants have not given a timetable for when they expect Solano or La Stella to return, but they are holding out hope that outfielder Mike Yastrzemski (left oblique soreness) will be able to return from the injured list Friday ahead of a three-game series against the Padres at Oracle Park.

The club will need to option Menez back to the minors following Tuesday’s doubleheader, but because he was promoted to serve as the Giants’ 27th player, Menez will not be required to remain there for a minimum of 10 days. The lefty is likely to open the minor league season in the Triple-A Sacramento rotation when the River Cats begin their 2019 title defense later this week.

Happy Star Wars Day! Here are 6 ways to celebrate May the 4th