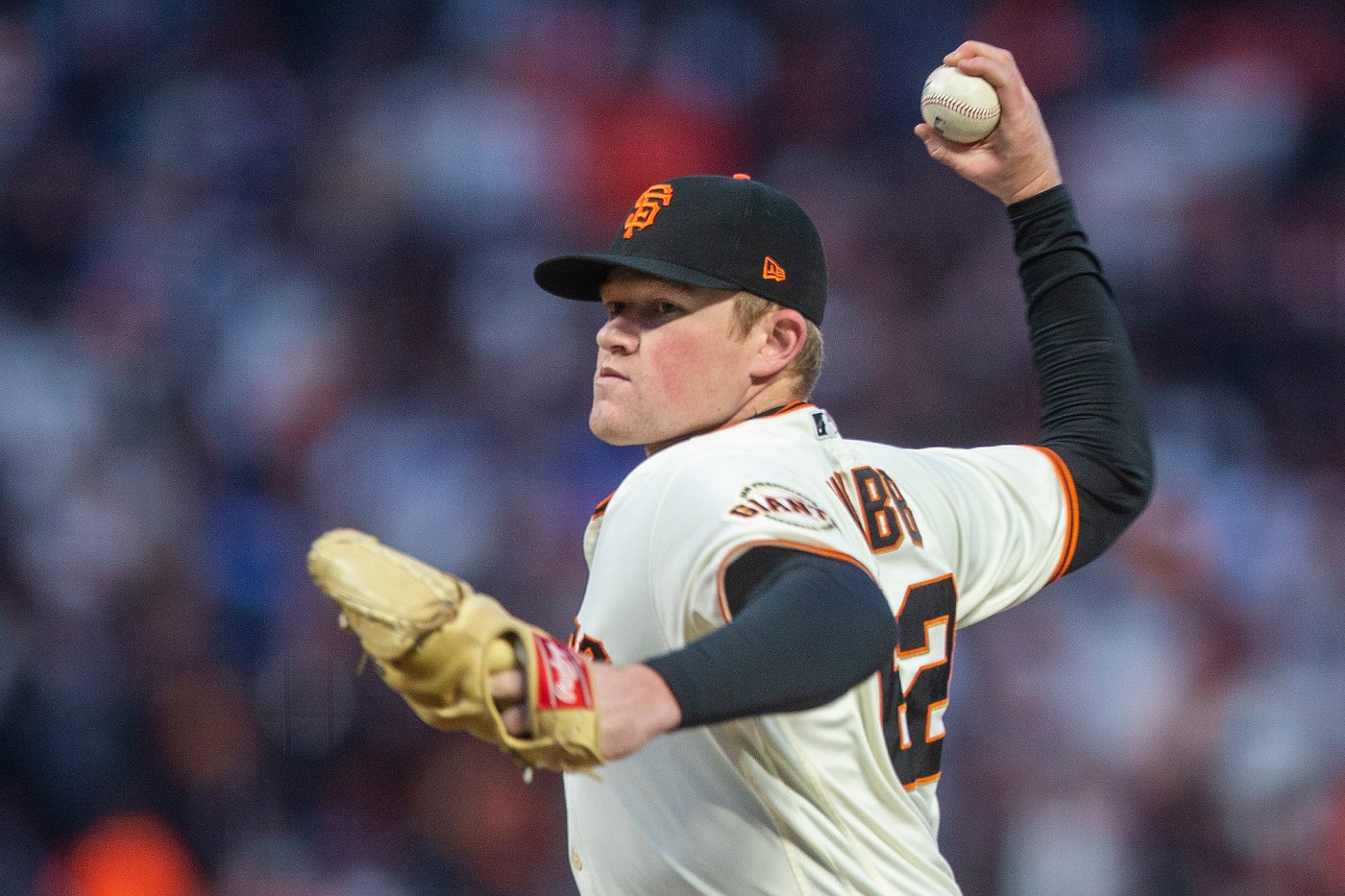 LOS ANGELES — Left-hander Alex Wood will start Game 3 of the NLDS at Dodger Stadium for the Giants, but manager Gabe Kapler may have the rest of his rotation available out of the bullpen on Monday.

Kapler said he’s keeping all of his options open in determining the Giants’ pitching strategy over the next few days as his team is tied with the Dodgers 1-1 in a best-of-five series.

During a pregame news conference, Kapler said right-hander Anthony Desclafani is a “great option” to start Game 4 of the NLDS on Tuesday, but DeSclafani will have his spikes on and could be used out of the bullpen in Game 3.

It’s less likely Logan Webb or Kevin Gausman appear in Game 3 behind Wood, but both pitchers appear to be candidates to help the Giants in Game 4 on Tuesday, particularly if the Dodgers take a 2-1 series lead behind ace Max Scherzer on Monday.

Is the SF Giants’ home run dependence a fatal flaw in the playoffs or a strength in modern baseball?

The odds are stacked against the SF Giants in NLDS Game 3, but that’s when they thrive

“I do think there’s some challenges with pitchers coming back on short rest, and I think there are some things that are notable that make you feel like they can do it,” Kapler said. “So I always want to try to keep everything on the table. Anything’s possible. And I do think that both Gausman and Webb have been pretty durable pitchers for us, and Webb in particular has been especially durable since he came back off the IL and has been bouncing back very well.”

Webb tossed 7 2/3 scoreless innings against the Dodgers in a 4-0 Game 1 win on Thursday at Oracle Park, but only threw 92 pitches. If the Giants take a 2-1 series lead on Monday, the Giants may hold Webb back from pitching in Game 4 in the event the Dodgers force a potential Game 5 in San Francisco on Thursday.

Gausman took the loss for the Giants in Game 2 of the NLDS as he recorded 5 1/3 innings and was charged with four earned runs.

“I just want to kind of stay open to any possibilities,” Kapler said. “The postseason is a different animal than the regular …read more

Professor was cleared of hiding ties to China: US university wants him back