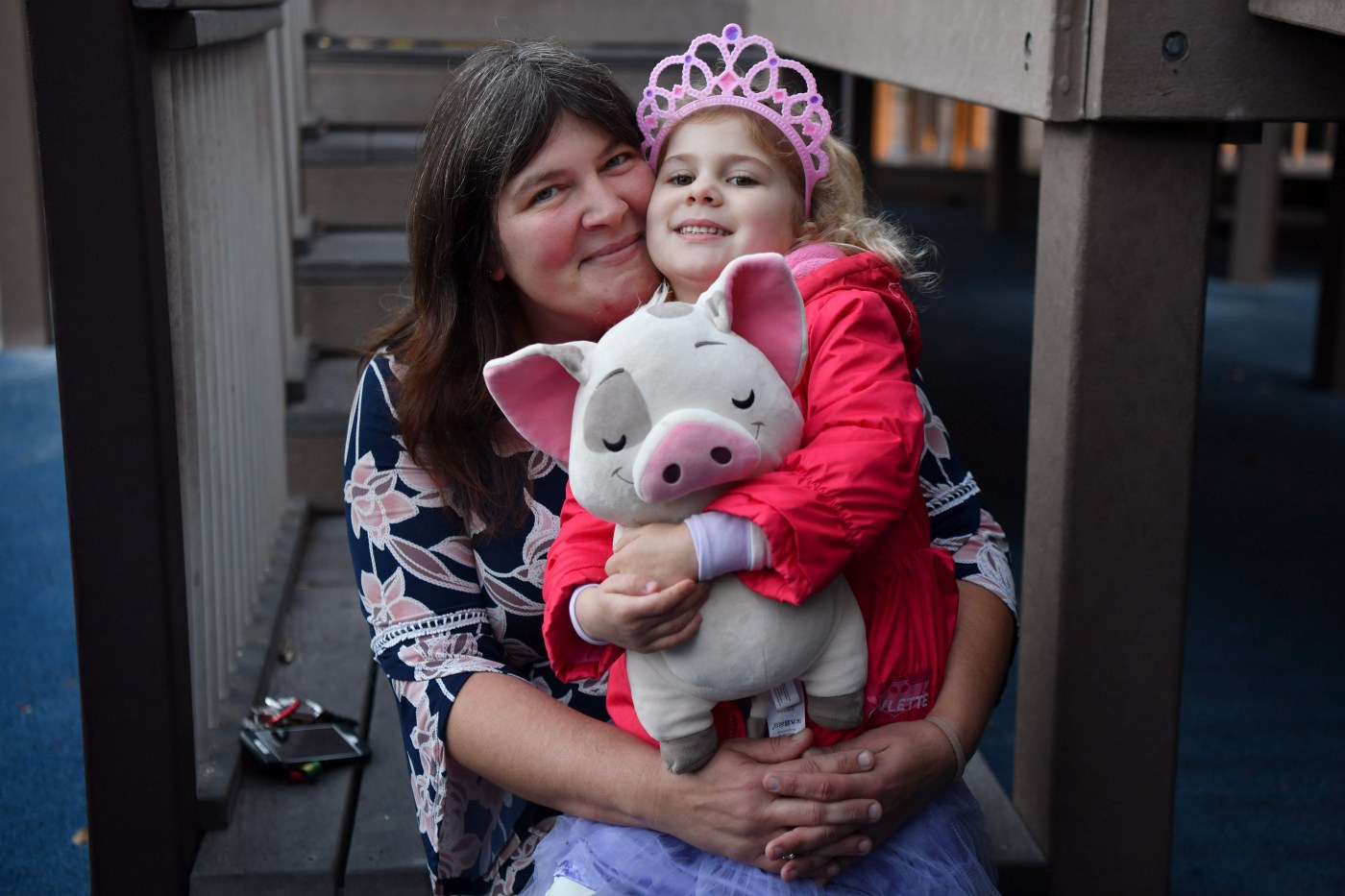 PLEASANT HILL — Ametiszt Hajdu was in a bad place.

She had gotten hurt at her job, then hooked on the painkillers that were prescribed to help her deal with the injury.

“I lost my job, my apartment, my car — everything — and I was living under the bridge or in the creek for many, many years,” she remembers.

She quit the drugs once she became pregnant, but her living situation was still quite dire after her daughter Adelynn Island was born.

“We were living in an abandoned house that had no ceiling, no roof — it had rats and all kinds of yucky stuff,” she says.

They went to live with a relative for awhile, but found themselves out on the streets again after plans to move into an abandoned RV fell through.

Fortunately, Hajdu then learned about the Winter Nights Family Shelter, which would help get her back on her feet by providing emotional, financial and housing support. These days, Hajdu and her daughter — now 4 years old — have a place of their own to call home in Pleasant Hill.

“All of this is possible because I was at Winter Nights shelter and they helped me get my car fixed, they helped me keep up with my job,” Hajdu says. “I cannot put it in words what they have done for us.”

Hajdu and her daughter are among the more than 1,200 people that the Pleasant Hill-based Winter Nights has provided shelter since it was founded in 2004. The nonprofit draws on the help of 60-plus churches and faith congregations, which host the shelter spaces on a rotating basis, typically for two weeks at a time.

“The basic mission is to serve and provide for the needs of people who are unhoused – living couch-surfing, in their cars, whatever – and to help them work towards stable housing,” says Ann Lawrence, volunteer for donor development/community relations. “We spend a lot of time on what is officially called client management services – but it’s really being counselors to parents and individuals to say, ‘What’s keeping you from being stably housed? And let’s put a plan together for you to work on fixing that.’”

The issue might be not having a driver’s license or some other transportation related problem that is making it difficult to get to work. It could be that a family has had previous evictions and can’t find anyone willing to rent to them. Once identified, those kinds of problems can be tackled head on with the help of Winter Nights.

“We really try to put them in the position of being in the driver’s seat and us being the support group, because those are skill sets that will serve them well once they are housed and they hit bumps in the road – how do you deal with Social Security, the DMV, all those kinds of things,” Lawrence says. “One of our unique aspects is we really work with them to develop the skills to care for themselves and their families.”

Hot Take Cannon: The Timberwolves surge is very real, the Suns are very good and more from around the NBA