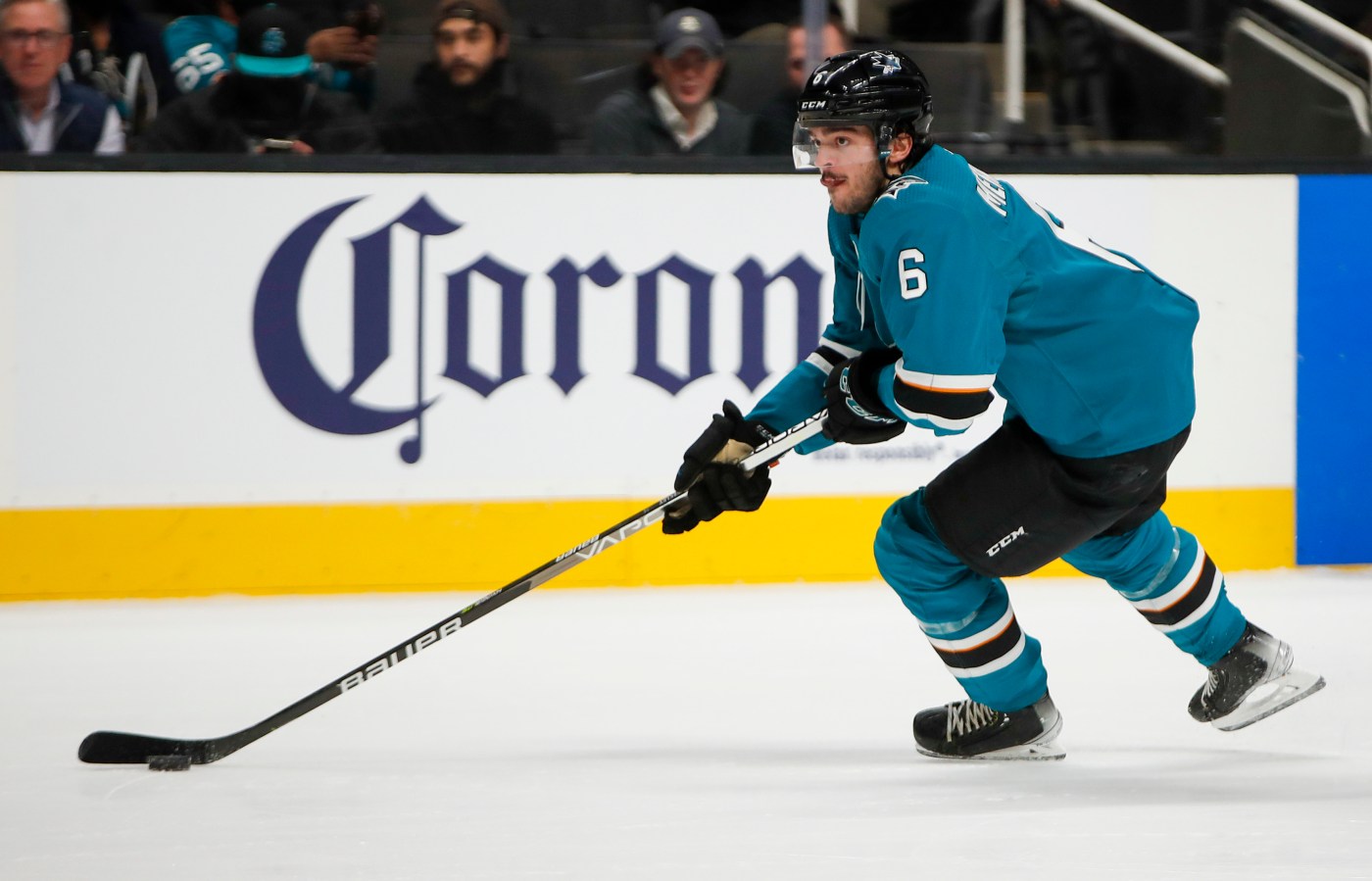 Forwards Logan Couture and Lane Pederson and defenseman Erik Karlsson are all expected to return to the Sharks’ lineup Tuesday when they begin a four-game homestand against the Detroit Red Wings.

“Lonely,” Couture said Tuesday of his isolation. “I got to know my hotel room pretty well – not very big there but got through it. I didn’t feel sick at all. Wouldn’t have known that I had anything, which is a good thing. That’s basically the best outcome is to feel healthy, feel good and ready to go.”

Couture took part in the Sharks’ morning skate Tuesday at SAP Center, and it appears he will begin the game with the Red Wings on a line with Jonathan Dahlen and Noah Gregor. Couture is third on the Sharks with 29 points in 32 games.

“Happy to be on the ice with the guys,” Couture said.

Karlsson still wasn’t sure after Monday’s practice that he would be able to play against the Red Wings after he was hurt in the Jan. 4 game. Karlsson injured his upper body that night and missed the Sharks’ next two games against Buffalo and Philadelphia, which San Jose won.

Karlsson, though, is set to start Tuesday’s on a defense pair with Jaycob Megna, as Jake Middleton remains out with an upper-body injury.

The Sharks’ other defense pairs will feature Mario Ferraro with Brent Burns, and Marc-Edouard Vlasic with Ryan Merkley, marking the first time Karlsson, Burns, and Merkley – all right-shot defensemen – will all be in the same regular-season game.

As he was in games against Buffalo and Philadelphia, Merkley will be featured on one of the Sharks’ power-play units. San Jose has gone 1-for-19 with the man advantage over the last nine games and has fallen to 24th in the NHL at 16.8 percent.

“Trying to find a spot for (Merkley, Karlsson, and Burns) to work, that’s a little bit of a challenge. But we’ve got a couple of different ideas for tonight,” said Sharks coach Bob Boughner, adding that besides Merkley’s power-play work, “his 5-on-5 game was good.

“He didn’t give up much, he moved pucks, helps us with our possession, and we’re always looking for more offense from our lineup.”

Boughner said he liked the look of having three right-shot defensemen paired with three lefties and wanted to reward Merkley – the Sharks’ 2018 first-round pick – for what he felt was his strong play the last two games as he averaged 14:24 of ice time.

With Merkley in tonight’s lineup, Nicolas Meloche will be a healthy scratch.

“Ryan’s in there because he deserves to be in there,” Boughner said. “I thought he played a couple of good games for us on the road trip and I want to make this a challenge every night. It …read more

Catastrophe averted as fire near chemical plant is contained