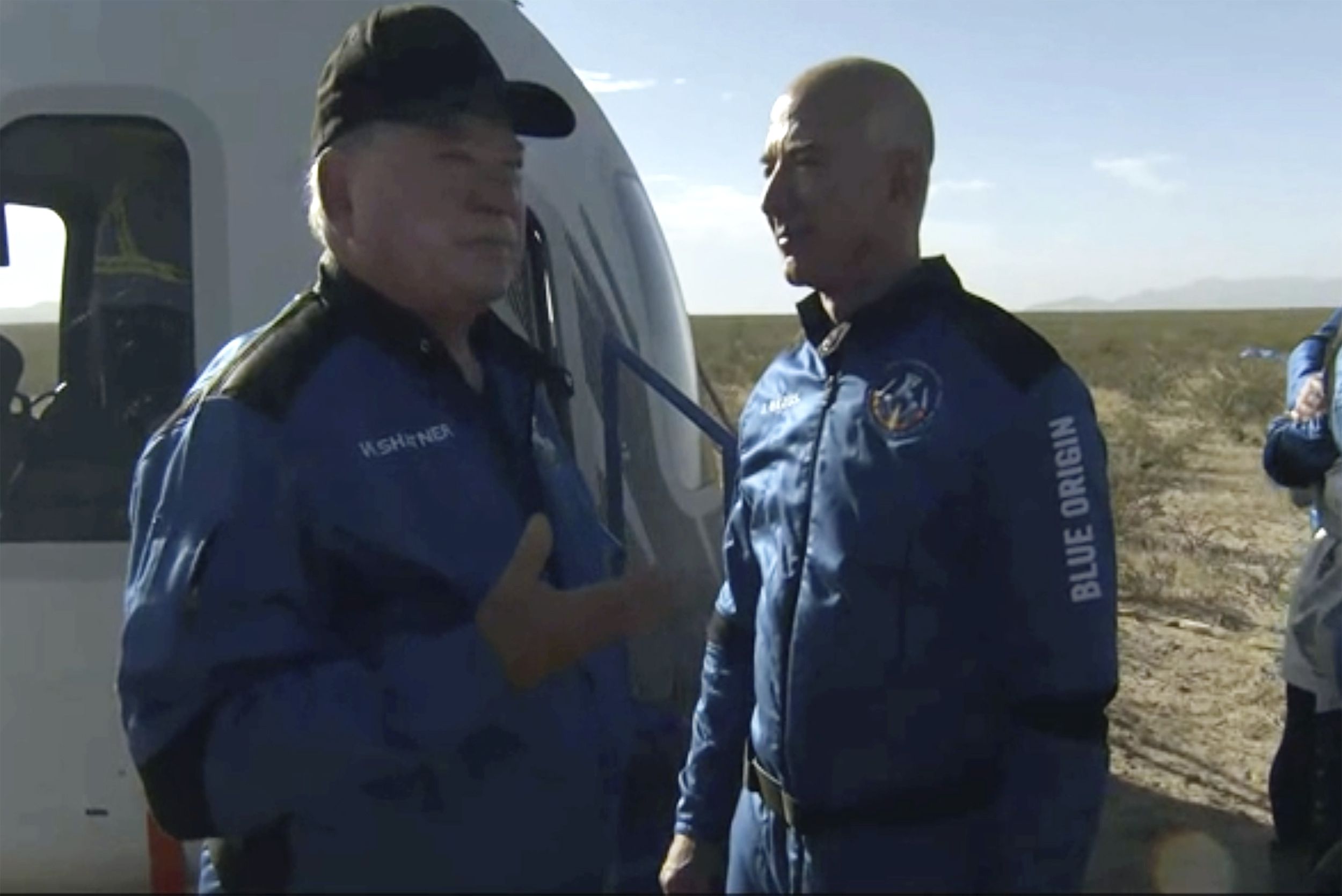 In the Star Trek series and the original movies, William Shatner, who plays the fictional character James Kirk, boldly goes where no man has gone before. And Wednesday, he boldly went where only very few people have gotten the opportunity — and he did it in real life.

When Shatner, 90, returned to Earth after grazing outer space in a sub-orbital capsule, he said something that likely resonated with a lot of people.

“It would be so important for everybody to have that experience through one means or another,” Shatner said.

Eddie Whisler is the director of the Bryan-Gooding Planetarium in Jacksonville. He pointed out that traveling to space is very expensive and that so far, not including scientists, only multimillionaires who have the money to spend have been able to go into outer space.

“But now we wonder how long it’s going to be before folks like you or I can do it on a vacation budget,” Whisler said.

Shatner’s description of crossing into space is something many of us on the ground can only imagine.

“Suddenly, you’re through the blue and you’re into black. It’s mysterious, but what you see is black. And what you see down there is light,” Shatner described.

“Taking all that in when you’re looking back from space, I can just imagine you’re going to come back with a whole new frame shift and look at everything very differently,” Whisler said.

Shatner’s acting role as captain of the Starship Enterprise may have inspired kids who grew up and ultimately became astronauts.

Whisler says seeing Shatner actually go into space on board this capsule may have also inspired a new generation of future astronauts.

“You can never tell what inspires people,” he said. “But this is one that probably did it for a lot.”

To give you an idea of how expensive it is to fly into space, three people who plan to fly to the International Space Station next year are paying $55 million each to fly aboard a SpaceX capsule.

Russia says it pushed US destroyer from area near its waters