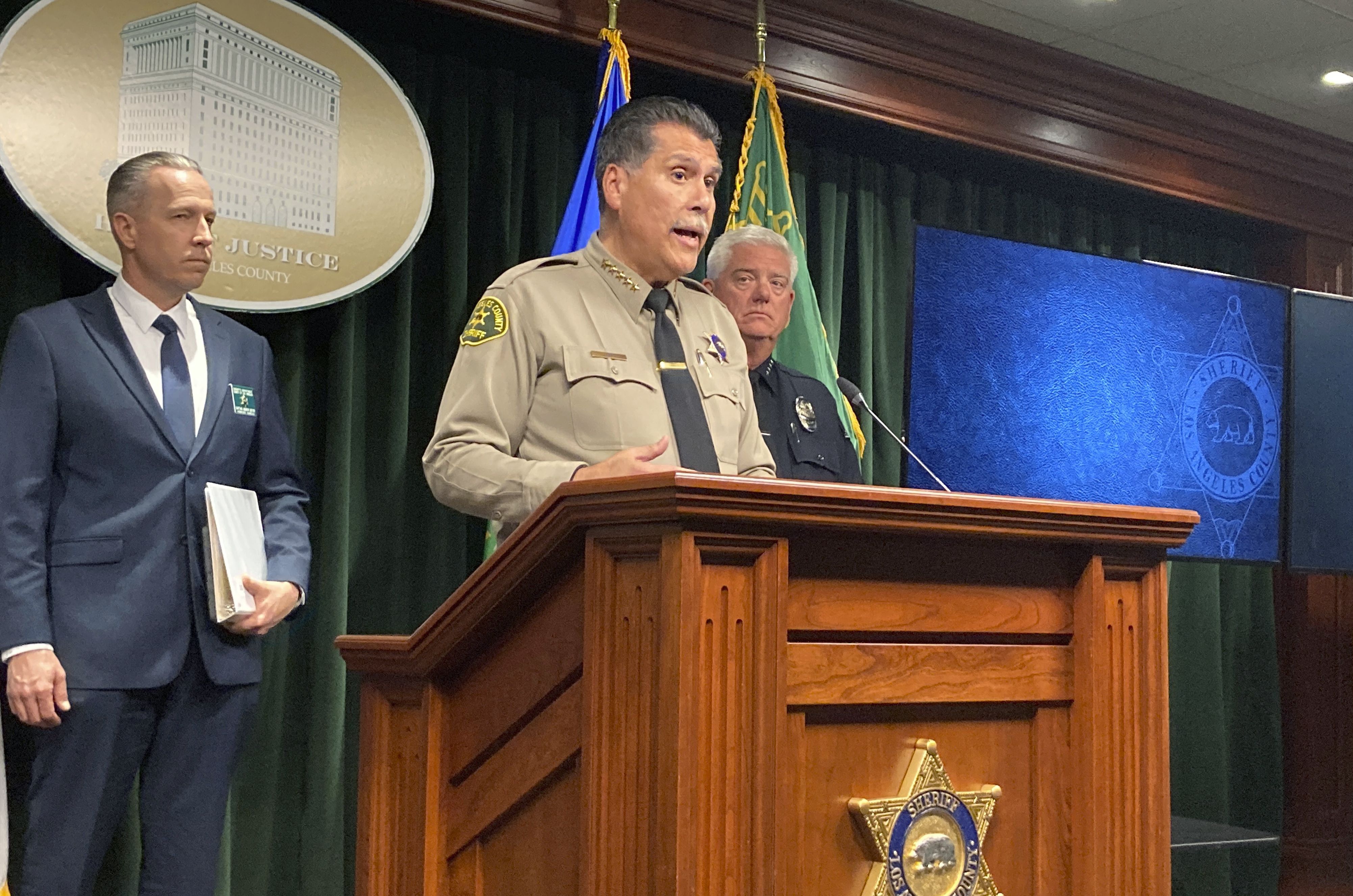 The 72-year-old gunman who sprayed bullets into a Southern California ballroom dance hall, killing 11 people, had no known connection with the victims and investigators were still trying to determine a motive for the massacre, the Los Angeles County sheriff said Wednesday.

Before the shooting Saturday night, Huu Can Tran parked a motorcycle just a block away from the ballroom in Monterey Park, which investigators believe he had planned to use as a backup getaway vehicle, Los Angeles County Sheriff Robert Luna said during a news conference hours after police seized the motorcycle.

The carnage, during what should have been joyful Lunar New Year celebrations, sent ripples of fear through Asian American communities already dealing with increased hatred and violence directed at them.

Some reports had said Tran frequented the dance hall and fancied himself as an instructor, but Luna said he hadn’t been there in at least five years and did not appear to target the victims specifically.

“We have not been able to establish a connection between the suspect and any of the victims thus far,” Luna said.

Luna said it wasn’t clear how long Tran had been planning the attack in the city about 8 miles (12.8 kilometers) from downtown Los Angeles or what prompted him to spray at least 42 bullets, taking time to reload his weapon, a variant of the MAC-10 semiautomatic machine pistol with a 30-round magazine.

Tran’s motive continued to elude detectives days after the tragedy as they searched piles of items and paperwork seized from Tran’s home and a van he used to flee, the sheriff said.

About 20 minutes after the carnage in Monterey Park, Tran entered another dance hall about 3.5 miles (5.6 kilometers) away in Alhambra, where an employee confronted and disarmed him during a brief struggle. Tran later shot himself in the van where his body was found Sunday morning.

Tran, who was of Vietnamese descent and lived in Hong Kong, had been in the U.S. for seven or eight years. He bought the machine pistol in Monterey Park in 1999 but it was not registered in California, the sheriff said. The gun and the high-capacity magazine are illegal in California.

Luna said Tran used a registered semiautomatic handgun when he died by suicide, and a registered bolt-action rifle was found at his home in Hemet, about 70 miles (112 kilometers) from Monterey Park. His only known criminal history was a 1990 arrest for unlawful possession of a firearm but there was no indication of a conviction.

Monterey Park Police Chief Scott Wiese on Wednesday defended his decision not to warn the public for hours that a killer was on the loose, saying he did not have enough information at the time to effectively alert residents.

This Final Fantasy 16 pixel version needs to be real