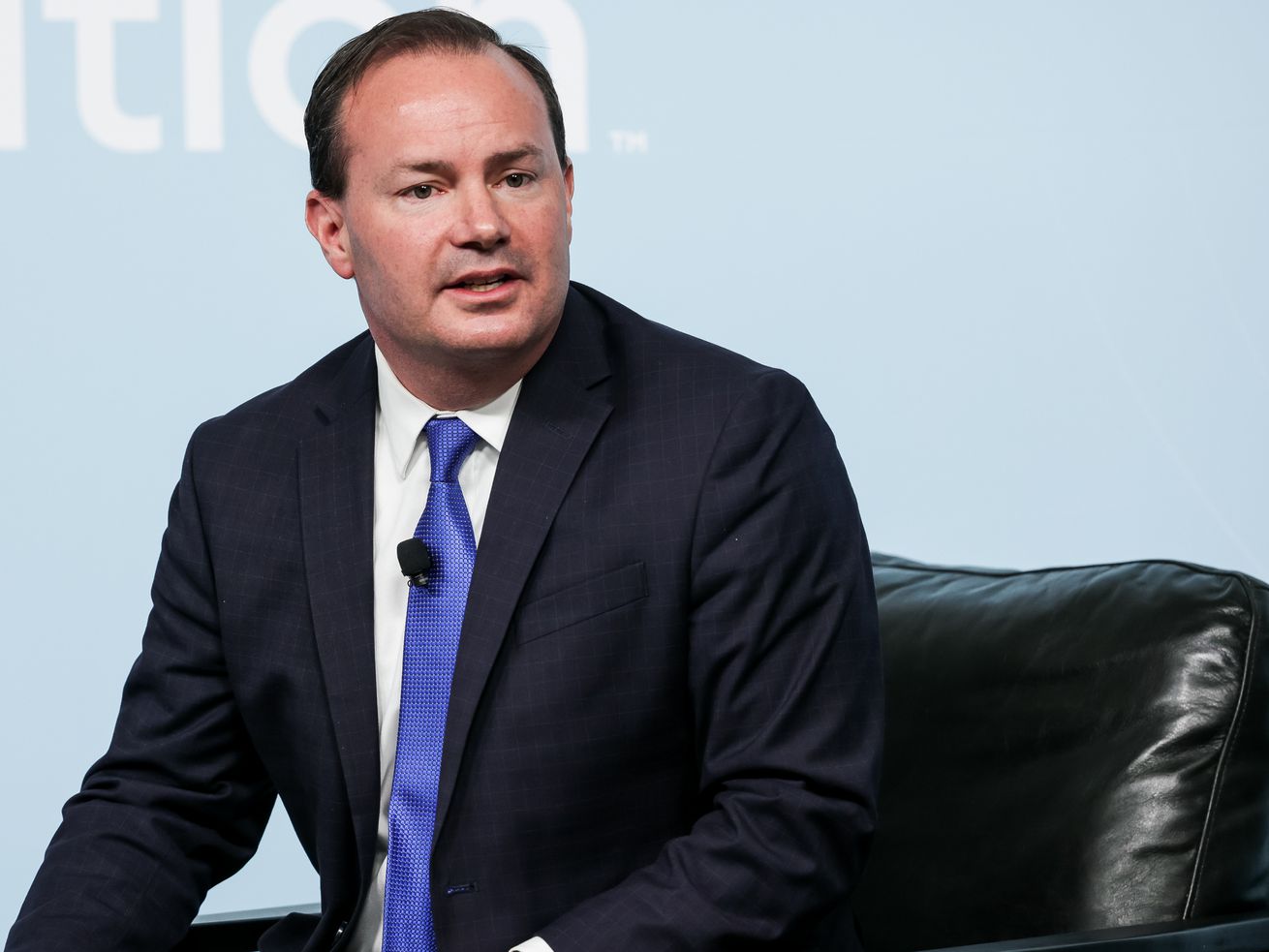 Sen. Mike Lee, R-Utah, speaks during a conference in Logan on April 17, 2021. Lee wants the Senate to confirm nominees to lead the Centers for Disease Control and Prevention. | Spenser Heaps, Deseret News

Sen. Mike Lee wants the Senate to confirm nominees to lead the Centers for Disease Control and Prevention.

Lee and Sen. Tommy Tuberville, R-Ala., introduced a bill Tuesday called the Restoring Trust in Public Health Act, which would require Senate confirmation of the CDC director. They say the CDC has recently impacted the lives of hundreds of millions of Americans through its COVID-19 guidelines and eviction moratorium under directors that were not approved by the Senate.

“The CDC has exerted astonishing power over the everyday lives of millions of Americans without any say from Congress,” Lee said in a statement “This bill will ensure that, through the confirmation process, future directors are qualified, honest and reasonable. Few agencies need such tempered, rational leadership as much as the CDC.”

Tuberville said the CDC director is arguably the most powerful position in Health and Human Services that is not subject to Senate confirmation.

“If an individual is going to have such vast and seemingly unchecked power, the CDC director should be a Senate-confirmed role to ensure the American people get a say in the process and that the individual selected has the temperament and qualifications necessary,” he said in a statement.

Lee has criticized the CDC’s pandemic response in several areas, including asking it earlier this year to explain why children as young as age 2 should wear a face mask to reduce the spread of COVID-19.

The senator also raised the notion that requiring people to wear masks might violate the right to free speech.

“Wearing a mask in public communicates a message — one with which the wearer may strongly disagree. Mask wearing also makes it harder to speak, be heard, and otherwise communicate, especially considering that we use facial expressions — which are largely concealed by masks — to communicate a lot of information when we speak,” he posted on Facebook last month.

The First Amendment, with few exceptions, prohibits the government from telling people that they can’t speak or otherwise communicate as they please, including with words and “expressive conduct,” Lee said.

States learning how many Afghan evacuees coming their way