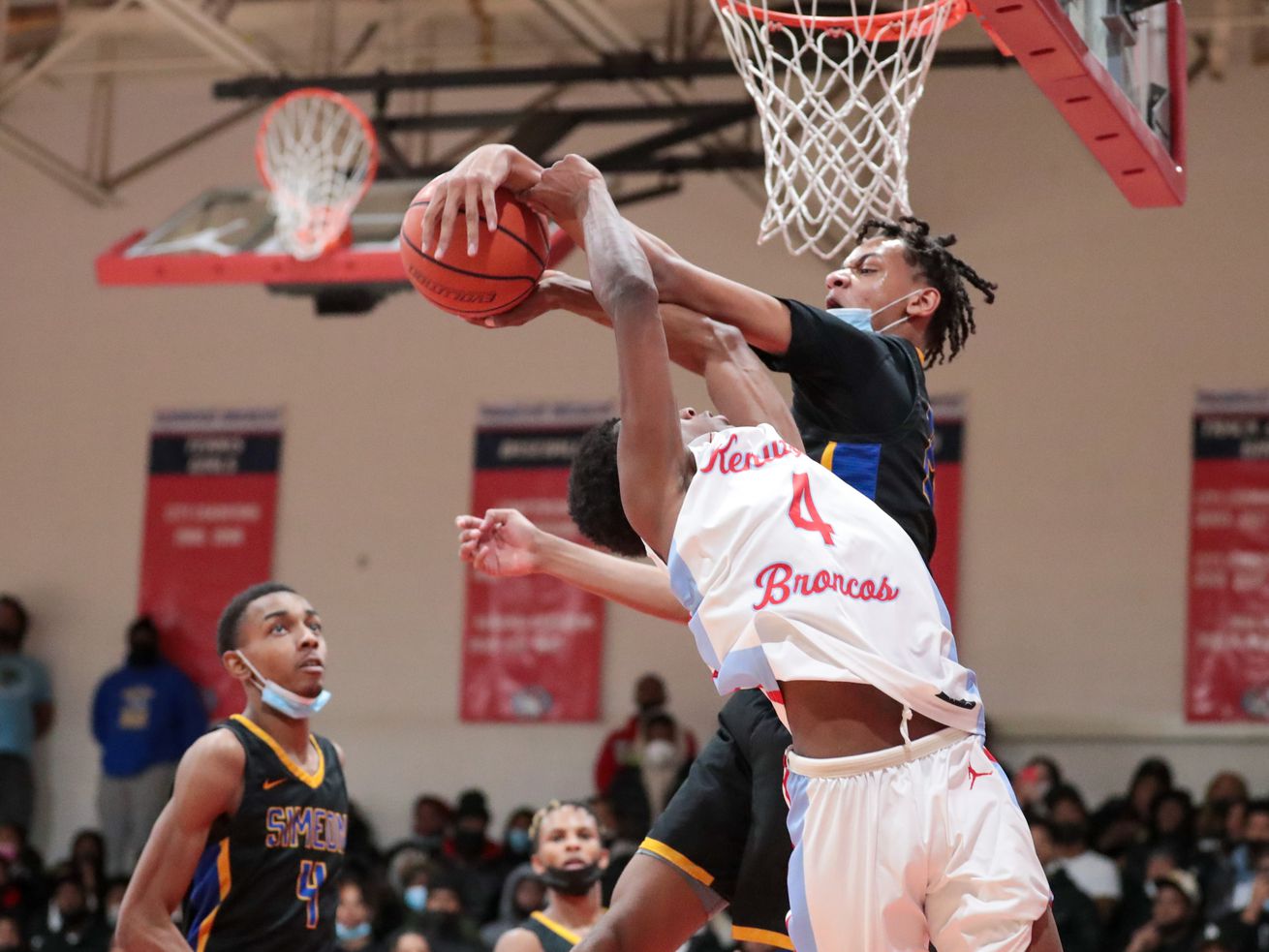 Public League basketball is one of the city’s treasures. It’s been said that high school hoops in Chicago is like football in Texas. That describes the sport’s importance to the culture, but it doesn’t capture the feeling.

Public League basketball is one of the city’s treasures. It’s been said that high school hoops in Chicago is like football in Texas. That describes the sport’s importance to the culture, but it doesn’t capture the feeling.

It’s impossible to replicate the buzz of a hot, sold-out small Public League gym on a winter night, with two of the best teams in the country clashing on the court. It’s another thing COVID robbed us of, but Tuesday at Kenwood it returned.

The No. 2 Broncos, the most talented team in the city with bold and brash new coach Mike Irvin, hosted No. 3 Simeon, the city’s legendary program.

The game had everything: Simeon alum Jabari Parker was there behind the Wolverines’ bench. There was an early technical foul (a few in the game), dozens of highlight-reel plays, a heckler that wouldn’t let up on Kenwood’s star guard Darrin “Dai Dai” Ames, and confusion near the finish over a strange sequence at the free-throw line.

The Wolverines pulled off the upset on the road, knocking off Kenwood 85-79.

“It feels great to be back playing in a full house in front of some pros,” Morris said. “That was just a nice atmosphere and a great team win.”

Ames may not have enjoyed the atmosphere quite as much, with a fan screaming “overrated” at him whenever he had the ball in the first half. The talented guard yelled something at the fan in the second quarter. Then with the seconds ticking down in the first half and the fan screaming “overrated” again and again just a few feet away, Ames drained a three-pointer, turned and stared the fan down.

“That made him shut up,” Ames said.

It did. And at that moment, after two years, Public League basketball truly returned.

Ames scored 21. Simeon’s coaches and players all mentioned after the game what a talented group Kenwood has. But the Broncos don’t have Simeon’s experience and grit yet.

“We aren’t all on the same page,” Ames said. “We have to play and get more comfortable with each other. When that happens we will be unbeatable.”

The Wolverines’ guard trio of Jaylen Drane, Aviyon Morris, and Jalen Griffith has dominated this season. They were too much for Kenwood. Drane scored 27. Griffith added 14 points and nine rebounds. Morris was a terror on defense, locking down Ames for most of the first half. He had six steals and helped create most of Simeon’s half-court offense.

“Ames is a great player and he’s like my little brother,” Morris said. “I know little ticky-tack things to do to make him mad. So I played my part and did what …read more

US hospitals letting infected staff members stay on the job