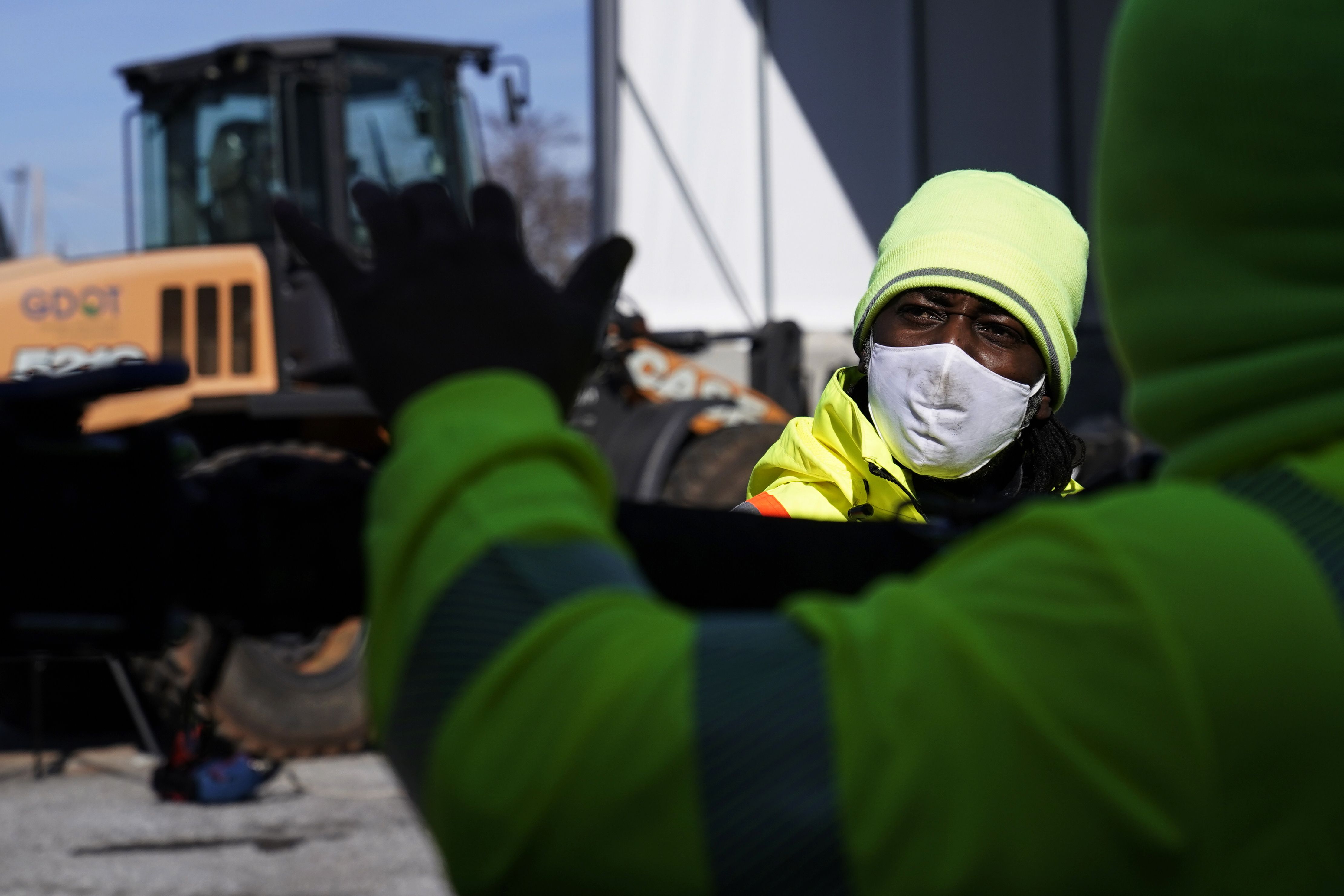 Weather forecasters’ predictions of debilitating snow and ice as far south as Georgia sent parts of the region into a tizzy Friday with shoppers scouring store shelves for storm supplies and road crews trying to prevent a repeat of past wintertime debacles.

In Virginia, where a blizzard left thousands of motorists trapped on clogged highways earlier this month, Gov. Ralph Northam declared a state of emergency and urged people to take the approaching storm seriously. Some store shelves were stripped bare of essentials including bread and milk in North Carolina.

Trucks prepared to spray a briny mixture on roads to prevent icing across the region, and Travis Wagler said he hadn’t seen such a run on supplies at his Abbeville, South Carolina, hardware store in at least two winters.

“We’re selling everything you might expect: sleds, but also salt, shovels and firewood,” Wagler said from Abbeville Hardware. There, forecasters predict a quarter-inch (0.6 centimeters) of ice or more on trees and power lines, which could lead to days without electricity.

“There is a potential for very dangerous conditions caused by accumulations of ice and snow, which will likely result in power outages across the state,” he said.

The National Weather Service said from 2 inches (5 centimeters) to 5 inches (12.7 centimeters) of snow could fall as far south as northeast Georgia from Saturday evening though Sunday, and power outages and travel problems will be made all the worse by an additional coating of ice and winds gusting to 35 mph (56 km/h). Snow accumulations could reach 8 inches (20 centimeters) in the highest elevations.

Georgia Gov. Brian Kemp said the state was preparing “to the max” for the blast. He declared a state of emergency late Friday, saying the focus of concern was in the northern part of Georgia starting north of the east-west Interstate 20 route.

“Hopefully, the storm will underdeliver, but it could overdeliver. We just don’t know,” he said.

Parts of Tennessee could get as much as 6 inches (15 centimeters) of snow, forecasters said, and northern Mississippi and the Tennessee Valley region of Alabama could receive light snow accumulations. With lows predicted in the 20s across a wide area, any precipitation could freeze and make driving difficult.

On Friday, the fast-moving storm dropped heavy snow across a large swath of the Midwest, where travel conditions deteriorated and scores of schools closed or moved to online instruction.

A winter storm watch extended from just north of metro Atlanta to Arkansas in the west and Pennsylvania in the north, covering parts of 10 states including Kentucky, Ohio and West Virginia. Travel problems could extend into metro Atlanta, where about 2 inches (5 centimeters) of snow brought traffic to a slip-sliding halt in 2014, an event still known as “Snowmaggedon.”

UK developers told they must foot bill for unsafe cladding