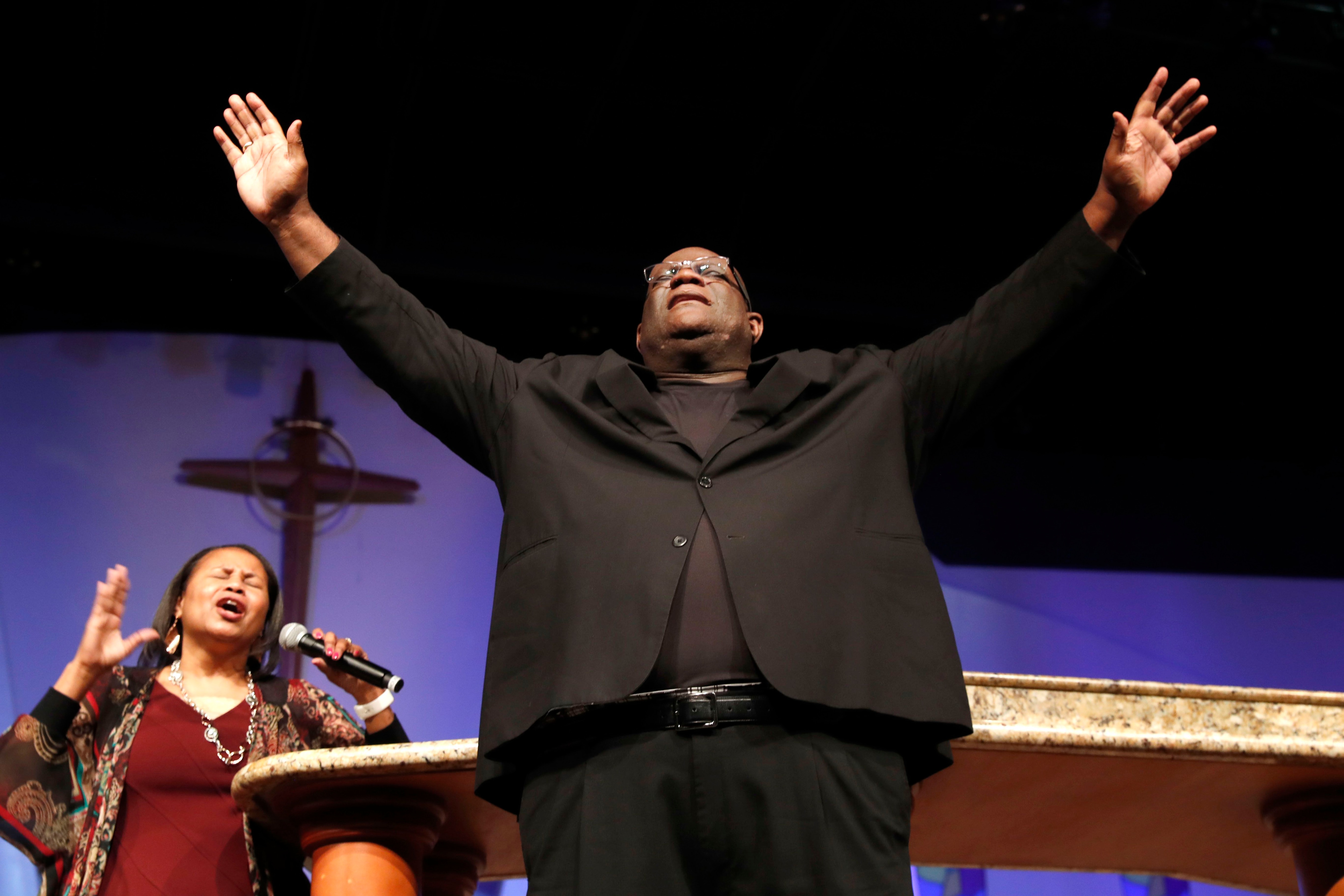 Divisions over race, politics, gender and LGBTQ issues are roiling America’s largest Protestant denomination, the Southern Baptist Convention, ahead of a meeting of its executive committee this week.

On the agenda are two items reflecting those divisions: A recommendation that a church in Kennesaw, Georgia, be ousted from the SBC because it accepted LGBTQ people into its congregation, contravening Southern Baptist doctrine; and a report by an executive committee task force criticizing the widely respected leader of the SBC’s public policy arm, the Rev. Russell Moore. Among the grievances against Moore: His outspoken criticism of Donald Trump during Trump’s 2016 election campaign and his presidency.

Jim Conrad, the pastor of Towne View Baptist Church in Kennesaw, said he’s at peace with the likelihood that his church will be “disfellowshipped” by the executive committee during its meeting Monday and Tuesday.

But Conrad sees broader challenges for the SBC as its stances on various sensitive issues are questioned from inside and outside.

“The problem the SBC is facing right now is this: In order to work with them, you’ve got to be in lockstep agreement with them on every point. Nine out of 10 won’t get you by,” Conrad said. “That’s just a shame. They’re going to limit themselves in terms of who’s able to work them.”

Some of the most volatile topics facing the SBC aren’t on the executive committee agenda but have fueled passionate blog posts and social media exchanges in recent weeks. Among the issues:

— Some Black pastors have left the SBC and others are voicing their dismay over pronouncements by the SBC’s six seminary presidents — all of them white — restricting how the subject of systemic racism can be taught at their schools.

— Several prominent SBC conservatives, citing church doctrine that bars women from being pastors, have questioned why the denomination’s North American Mission Board has supported a few churches where women hold titles such as children’s pastor and teaching pastor. The board says it seeks to persuade such churches to change those titles.

— The leadership continues to draw criticism from victims of church-related sexual abuse over promises made in 2019 to combat that problem. Activists say inquiries related to sex abuse should be handled by independent experts, not by the SBC’s credentials committee.

Moore has been president of the SBC’s Ethics and Religious Liberty Commission, or ERLC, since 2013. Though staunchly conservative on issues such as abortion and same-sex marriage, he has gained an audience outside the SBC with his speeches and writings, including criticism of Trump, condemnation of Christian Nationalism and support for a more welcoming immigration policy.

After the Jan. 6 storming of the U.S. Capitol by Trump supporters, Moore wrote on his blog, “This week we watched an insurrection of domestic terrorists, incited and fomented by the President of the United States.” If he were a member of Congress, Moore wrote, he would vote to remove Trump from office even if it cost him his seat.