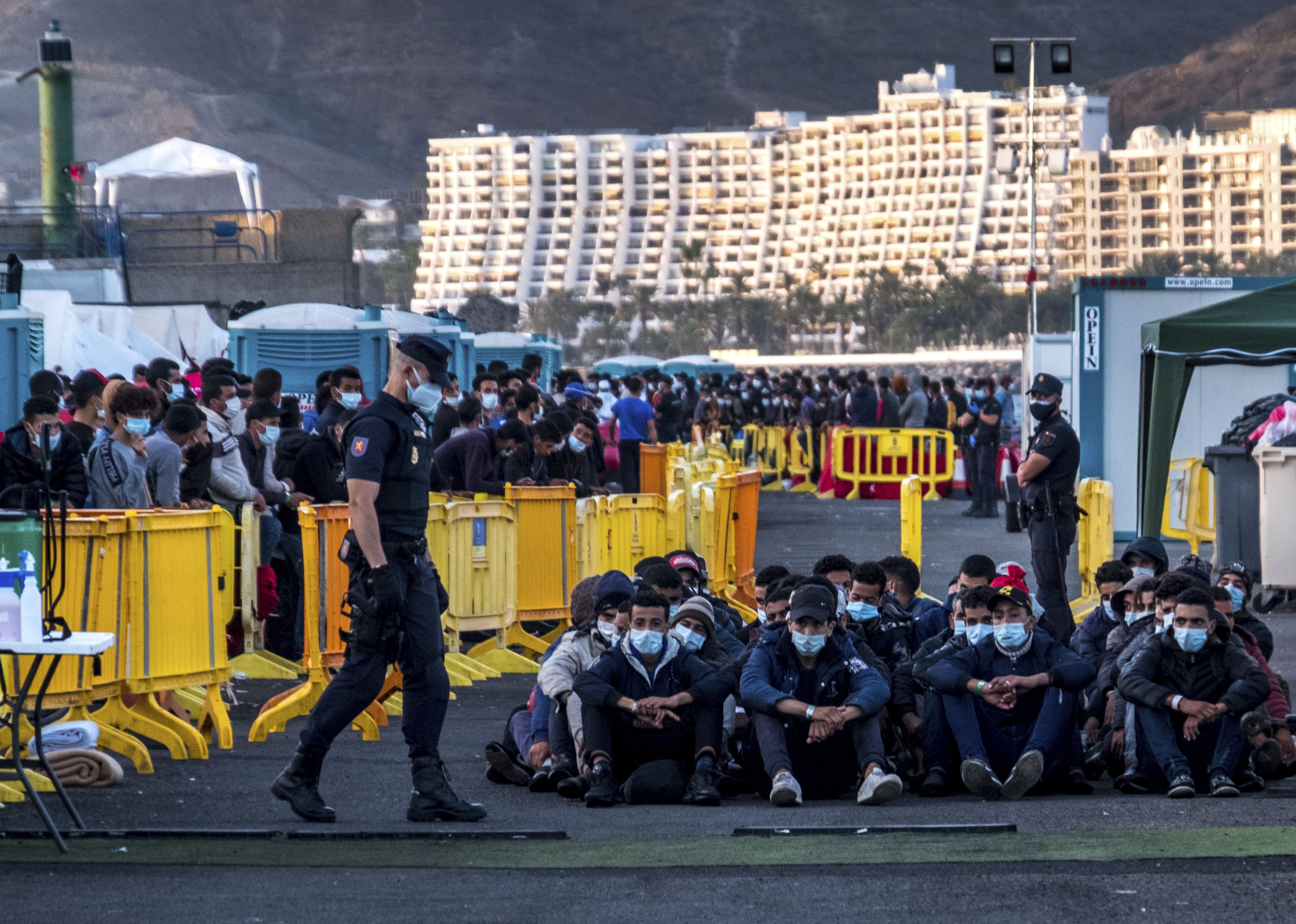 Spanish Foreign Minister Arancha González Laya met with President Macky Sall in Dakar to discuss migration and border cooperation between Spain, the European Union and Senegal. The country has become a major point of migrant departures even though it is around 950 miles (1,500 kilometers) away.

More than 18,000 people fleeing poverty, violence or other circumstances at home have arrived in Spain’s Canary Islands this year, a 1,000% increase from the same period in 2019, and over 500 have died in the attempt. Around half of those arrivals — and most of the deaths — have been in the past 30 days, a spike that has strained resources on the archipelago.

“COVID is destroying African economies, as it has also had a huge impact on European economies, we knew that one of the consequences of this pandemic was going to be an increase in migration,” González Laya told reporters after the meeting.

The Spanish minister rebuffed accusations of poor management and preparation by Spain in dealing with the migrant arrivals, resulting in thousands of them sleeping under tents on the dock of Arguineguin in the island of Gran Canaria for days, sometimes weeks, in unsanitary conditions.

Human rights groups have been warning about the reopening of the Atlantic route to the Canary Islands since late 2019, when arrivals began increasing slowly.

“It is very difficult to accuse a government or to say that a government is not sufficiently prepared to receive a very large amount (of people) in a very short period of time,” she said.

Local rights groups in Senegal have been protesting the deaths of what they say are nearly 500 youths who died at sea in recent weeks attempting to reach European soil.

The International Organization for Migration’s Missing Migrants project said it has only been able to confirm the death or disappearance of 160 Senegalese nationals so far this year, but admits their records may be incomplete because of the lack of information collected on the migration route.

Moise Diar Diegane Sarr, secretary of state to the minister of foreign affairs and Senegalese abroad, said that bilateral cooperation was discussed between the two countries. He participated in the meeting between Spain’s foreign minister and Senegalese counterpart Aïssata Tall Sall.

“The question of irregular migration is shared,” he said. “We discussed this and would like to combat it together.”

He said they discussed the financing of projects that aide the return of migrants and also that can help fix the potential of future irregular migration. Sarr said they would work with Spain to increase legal ways for Senegalese to work in Europe, including circular migration programs.

Despite coronavirus vaccine hope, US must brace itself for a winter of despair

About 10% of Senegal’s gross domestic product in 2019 came from remittances sent to the country by its citizens living and working abroad, mainly in Europe, according to the World Bank.

During her visit …read more

Guard Kris Dunn is Atlanta bound, so what’s next for Bulls front office?