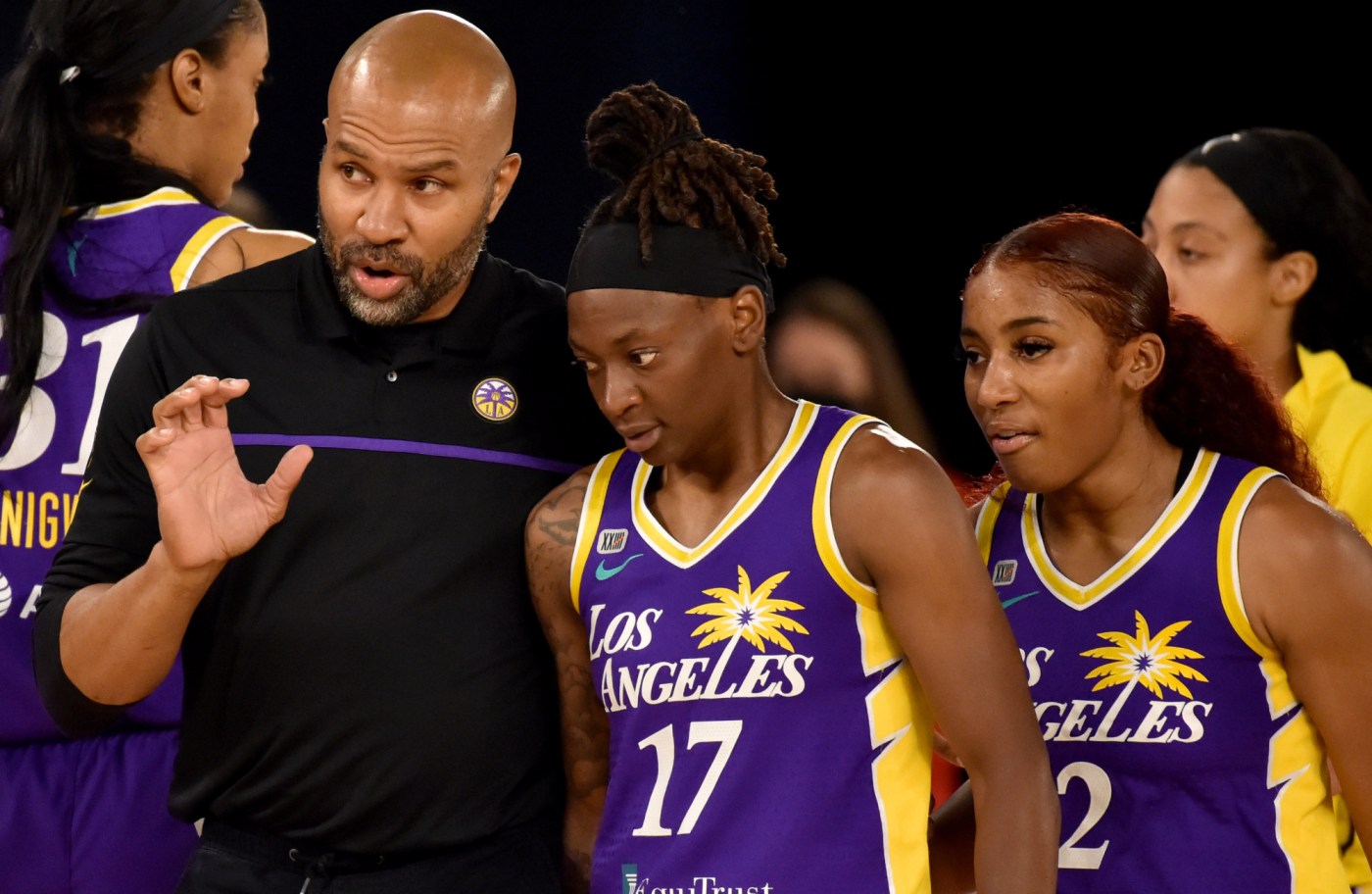 It ain’t over till it is, but it’s getting close. With three regular-season games remaining, the Sparks are tussling with three other teams to claim the seventh and eighth seeds that will finalize the WNBA’s playoff bracket.

Bigger picture, the Sparks are working on themselves.

Playoffs or no, 2021 has been a learning experience for Derek Fisher’s revamped roster, for which injuries to key players created opportunities for development further down the bench – something the Sparks hope will help them mount more traditionally competitive campaigns in the future.

If the Sparks miss the postseason, it’ll be just the fifth time in the franchise’s 25-year history, including in both of the first two seasons of the league and team’s existence, when only four of eight teams qualified.

“We have a group that is finding out how hard it is to be good at this league, in professional sports,” Fisher said Thursday after the Sparks dug a deep 17-0 hole that they couldn’t climb out of against the first-place Connecticut, losing 75-57 for L.A.’s sixth consecutive defeat.

“It doesn’t happen by accident, you can’t stumble into it, you can’t hope for it, you have to, like, bitterly work for it every single day.”

Fisher said it seemed as though his team was feeling pressure Thursday, when, with their playoff prospects increasingly in the balance, they faced the first-place Sun. The stress of the situation, as much as anything, seemed to trip up his team at the starting line, the coach and general manager said.

“There was something, mentally, about this game tonight that was stressful,” Fisher said Thursday. “We were anxious trying to figure out, really trying hard and sometimes when you try to hard it doesn’t work.”

Some LAFD firefighters have lengthy commutes – as far away as Florida

That pressure isn’t going to abate at all Sunday against the 20-10 Storm, who will be without 2018 WNBA MVP Breanna Stewart, who suffered a left foot injury last week and will miss Seattle’s final regular-season games. Otherwise, the Storm remain a stout challenge; they recovered from an uncharacteristic three-game losing spell with a pair of businesslike wins against New York and Washington – the two teams just ahead of the 10-19 Sparks in the standings. (The Liberty and Mystics had 11-18 records Saturday morning.)

WNBA includes 7 past, current Sparks among its 25 greatest players

“You have to quickly find a way to turn the page,” Fisher said. “Throw this one out and start getting ready for your next opponent. The good thing about athletes when they reach this level, they usually respond pretty good to …read more