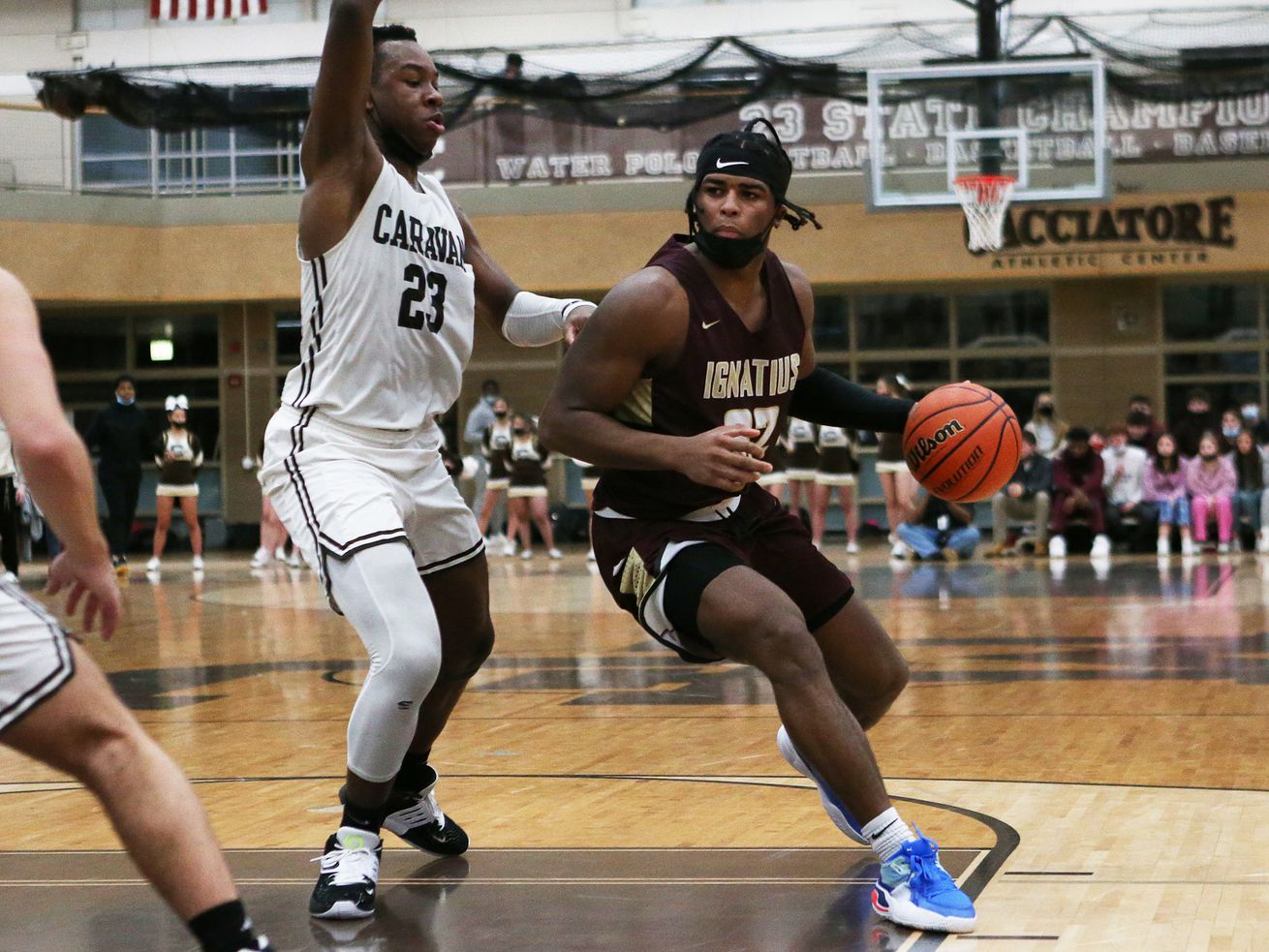 It fell apart rather quickly on Friday. Mount Carmel missed its first 16 three-pointers and never found its footing as visiting St. Ignatius dominated from beginning to end in a 75-58 win.

Undefeated in January isn’t an accident in high school basketball. Mount Carmel has a star guard, DeAndre Craig, and a team that is more than the sum of its parts. The Caravan was disciplined and unselfish on its way to 17 consecutive wins to open the season.

It fell apart rather quickly on Friday. Mount Carmel missed its first 16 three-pointers and never found its footing as visiting St. Ignatius dominated from beginning to end in a 75-58 win.

“And they shot 68 percent from the floor,” Caravan coach Phil Segroves said. “Unbelievable. Of course, we didn’t want to lose. We knew one was coming in the next few weeks. But we didn’t envision it being like this.”

St. Ignatius junior Richard Barron opened the game with a long three-pointer and just kept at it. Barron was 7 of 14 from three-point range. He finished with 32 points and 10 rebounds.

“It felt good, finally making some shots,” Barron said. “It felt great to see them go in.”

The Wolfpack’s start to the season didn’t go as planned. But since a close loss to Brother Rice a week ago they’ve knocked off Bolingbrook, DePaul Prep, and now Mount Carmel.

“We knew what we signed up for at the beginning of the season,” St. Ignatius senior Kolby Gilles said. “We dropped a couple and people started doubting us. We never lost hope.”

The Wolfpack has been in a shooting funk most of the season. Barron kept working.

“My dad is my main workout guy,” Barron said. “We shoot all the time, work on game shots. And my teammates definitely helped prepare me for game moments.”

“Our guys did a great job of knowing the personnel and adhering to the scouting report,” St. Ignatius coach Matt Monroe said. “Especially with our coverages on ball screens.”

Mount Carmel (17-1) never found the offensive rhythm that led them to an undefeated start and the Pekin Holiday Tournament title.

“Beating an undefeated team in January is a huge deal,” Monroe said. “Mount Carmel is a fantastic team. Those kids are really talented.”

Craig finished with 24 points and five rebounds. But he was as cold as his teammates from outside, shooting just 1-for-11 from three-point range.

“We have to come out stronger at the start,” Craig said. “We were sluggish.”

St. Ignatius led 39-21 at halftime. Mount Carmel made a couple of threes early in the third quarter but the Wolfpack never let up offensively.

St. Ignatius has been playing with a chip on its shoulder. The Wolfpack was ranked No. 4 in the preseason …read more

At least 61,000 left without power in Georgia as storms move through