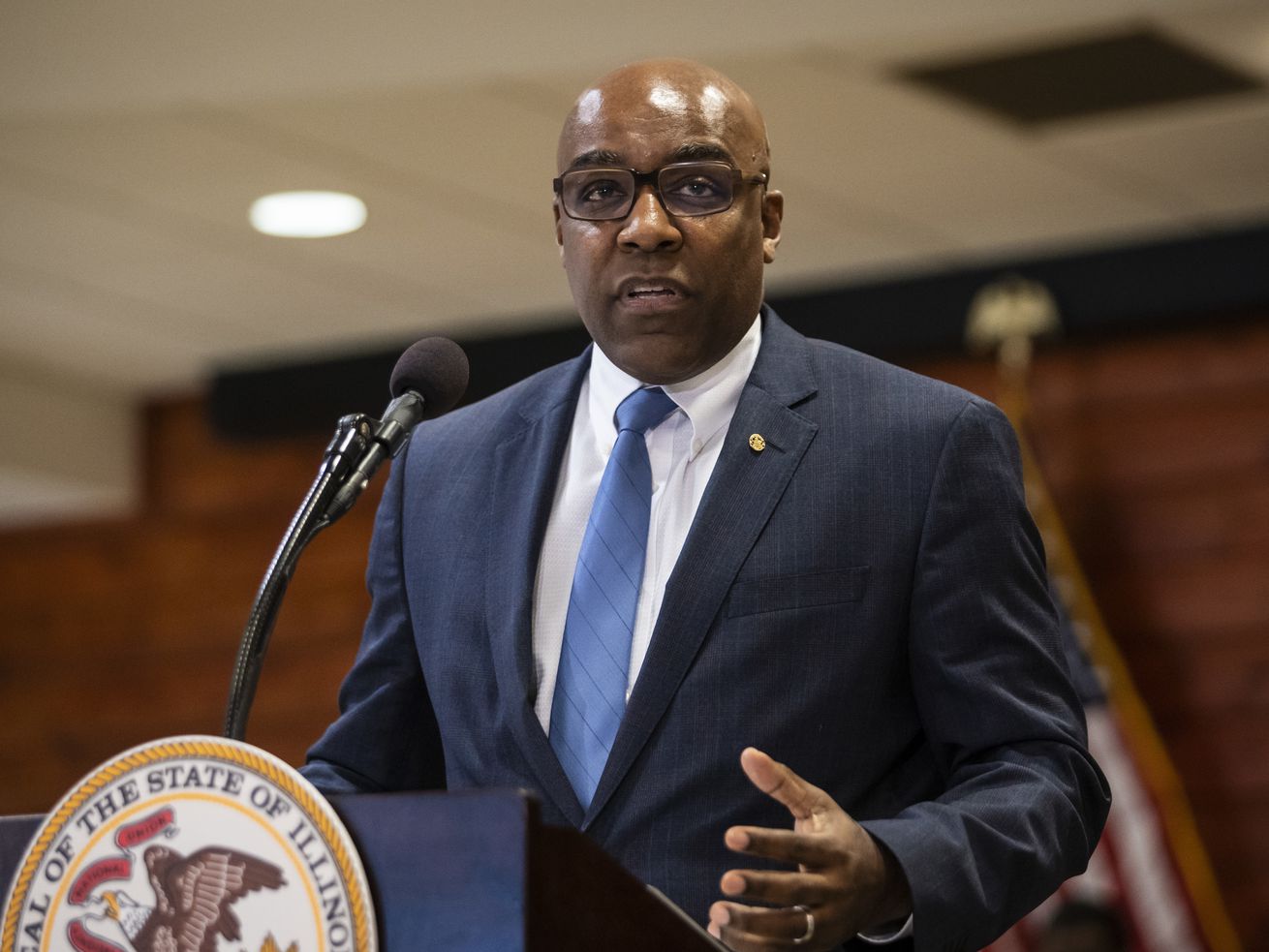 “It is our goal to disrupt and bring to justice the organizations responsible,” Raoul said at a Monday morning news conference. “Not only for the sake of economic prosperity but for business owners, consumers and workers victimize by acts of theft, fraud and violence.”

Each member of the task force will assign a “point of contact” who will then share data and information that can help identify large-scale organized theft.

Working across different jurisdictions in the state — and in partnership with those affected by retail theft — will help find patterns and locate the people “masterminding theft instead of just arresting one perpetrator at a time,” Raoul said.

Raoul said there is an organized element to much of the retail theft the state is facing in which people enter online marketplaces to sell the stolen items. Organized retail theft is often connected to human trafficking, money laundering, drugs and counterfeit products, he said.

“The magnitude of this problem is significant,” Raoul said. “Even during the looting that we saw last year on the edges of legitimate protest, we came to understand that some of this criminal activity was not merely opportunistic but organized in advance.”

Illinois State Police Director Brendan Kelly said much of organized theft is generated through social media platforms that can give the veneer of a randomized act.

“The nature of the crime, organized retail theft, means we too must be organized to investigate, prosecute [and] prevent this kind of crime,” Kelly said.

Will County State’s Attorney Jim Glasgow, who is also the president of the Illinois State’s Attorneys’ Association, said every county state’s attorney in Illinois supports the new task force.

Kimberly Bares, the president and CEO of the Magnificent Mile Association, said Michigan Avenue is an iconic shopping district that employs nearly a quarter of a million workers. Addressing organized crime will not only keep people safe but spur economic success.

“I think often people think this is a rounding error, or this is an insurance claim. It isn’t,” Bares said of retail theft. “The cost, the loss, is significant. It has the potential to …read more