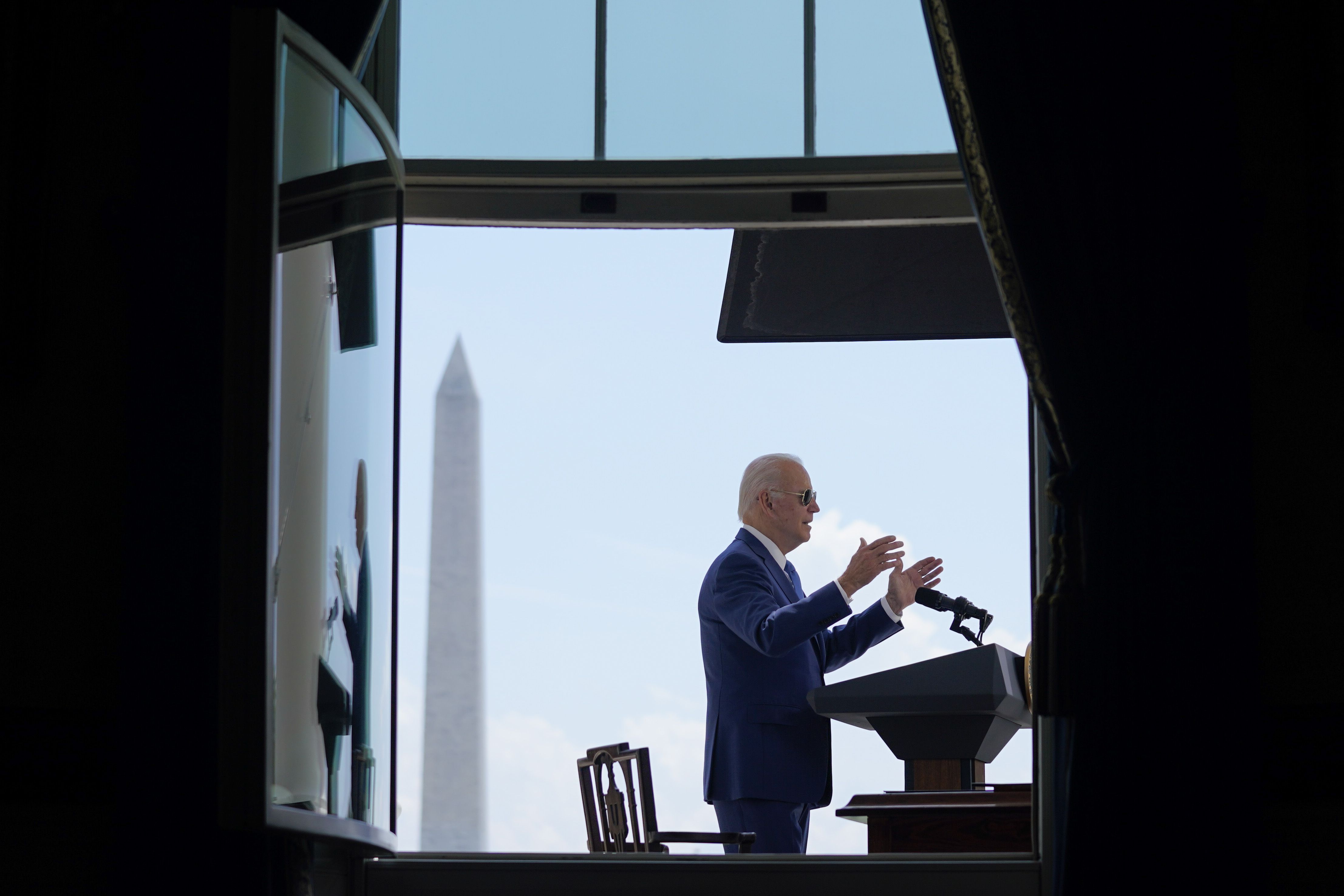 The legislation, which passed Congress with bipartisan support, extends the statute of limitations to give prosecutors more time to file criminal charges.

“The American people deserve to know that their tax dollars are being spent as intended,” Biden said. “My message to those cheats out there is this. You can’t hide. We’re going to find you. We’re going to make you pay back what you stole and hold you accountable under the law.”

By some estimates, billions of dollars that were supposed to help small businesses and people who lost their jobs could have ended up in the hands of fraudsters. The Justice Department has named a special prosecutor to target the issue.

“The watchdogs are back,” Biden said.

The president spoke from a White House balcony, where he’s delivered other public remarks while he’s been isolating with a rebound case of COVID-19.

He originally tested positive on July 21 and was treated with the anti-viral drug Paxlovid. He tested negative twice and ended several days of isolation, only to test positive again last Saturday.

The rebound case brought a recurrence of mild symptoms, including a cough.

COVID-19 has scrambled some of Biden’s plans. For example, he canceled a personal visit with veterans demonstrating for health care legislation outside the U.S. Capitol, making a video call instead.

However, recent days have also been a dramatically productive time for his presidency. Democratic lawmakers reached an agreement on legislation to lower prescription drug prices, collect more tax revenue from corporations and spend hundreds of billions of dollars to reduce greenhouse gas emissions.

Biden was also in isolation when he announced the killing of Ayman al-Zawahri, the al-Qaida leader, in Kabul, Afghanistan.

The president is counting on testing negative again soon. On Monday, he’s scheduled to visit Kentucky, which has been devastated by flooding.

Golden Globes 2021: The Complete List of Nominees | Entertainment Weekly
The Excel World Championship is an actual thing and it's actually wild