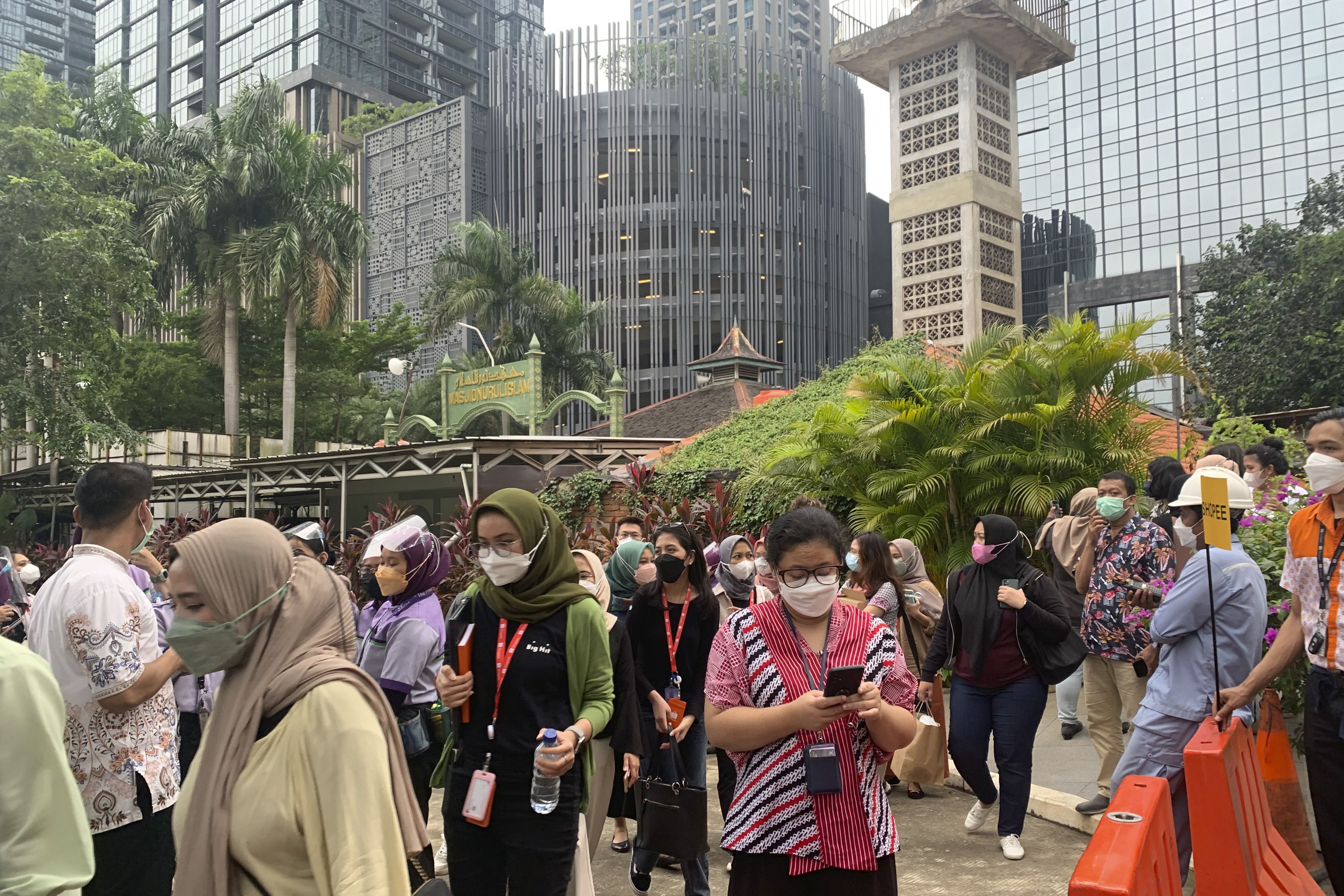 A powerful earthquake shook parts of Indonesia’s main island of Java on Friday, damaging buildings and houses and sending people into the streets, but no casualties were reported. Officials said there was no danger of a tsunami.

The U.S. Geological Survey said the magnitude 6.6 quake was located in the Indian Ocean about 88 kilometers (54 miles) southwest of Labuan, a coastal town in Banten province. It was centered at a depth of 37 kilometers (23 miles), it said.

Dwikorita Karnawati, head of Indonesia’s Meteorology, Climatology, and Geophysical Agency, said there was no danger of a tsunami but warned of possible aftershocks.

High-rises in Jakarta, the capital, swayed for more than 10 seconds and some ordered evacuations, sending streams of people into the streets. Even two-story homes shook strongly in the satellite cities of Tangerang, Bogor and Bekasi.

Earthquakes occur frequently across the sprawling archipelago nation, but it is uncommon for them to be felt in Jakarta.

“The tremor was horrible … everything in my room was swinging,” said Laila Anjasari, a Jakarta resident who lives on the 19th floor of an apartment building, “We ran out and down the stairs in panic.”

At least 257 houses and buildings were damaged, mostly in Pandeglang, the closest district to the epicenter, said National Disaster Mitigation Agency spokesperson Abdul Muhari. Minor damage was also reported elsewhere, but there were no reports of injuries.

Indonesia is prone to seismic upheaval due to its location on major geological faults known as the Pacific “Ring of Fire.”

In 2004, an extremely powerful Indian Ocean quake set off a tsunami that killed more than 230,000 people in a dozen countries, most of them in Indonesia’s Aceh province.