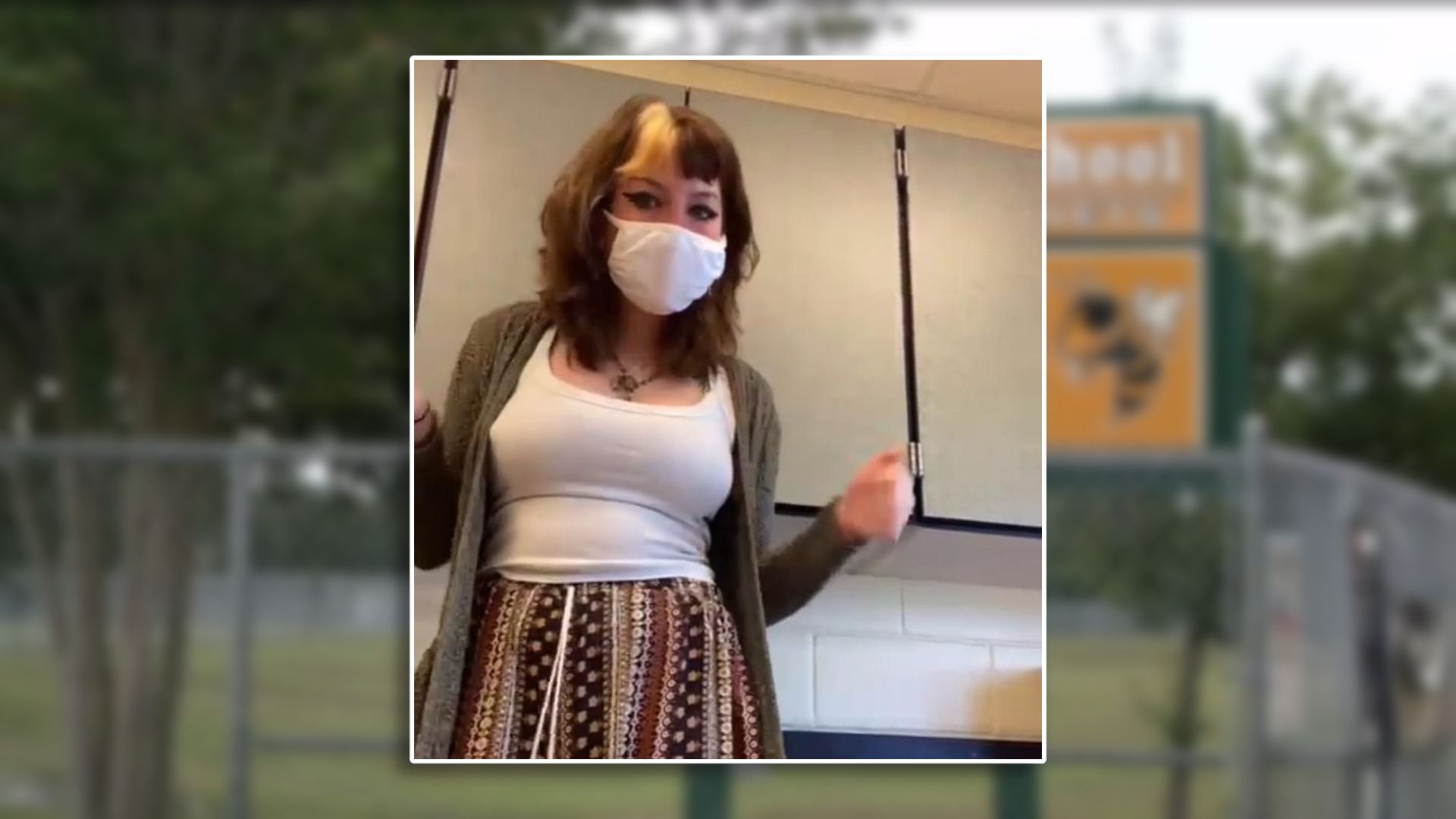 A student was suspended from Yulee Middle School after clashing with administrators over the school’s dress code, News4Jax learned Tuesday.

Eighth grader Alice Wagner told News4Jax a teacher singled her out for an outfit that was considered too revealing. Specifically, Wagner said the teacher made a remark about her body as she was leaving the classroom.

“(The teacher) told me I was ‘letting them hang out for the whole world to see,’ as I was exiting the classroom,” Wagner said. “I went to the bathroom and I came back and I said, ‘You need to stop sexualizing 14-year-old girls.’ I grabbed my stuff and I removed myself from the situation.”

Wagner said she went to the administration’s office to phone her parents but wasn’t allowed to make the call. She said the situation escalated into a fiery exchange with administrators, which resulted in her receiving a 10-day suspension.

Both Wagner and her mother, Sarah, acknowledged that the student’s outburst crossed a line.

“So, I don’t think it’s okay for her to talk to teachers that way,” Sarah Wagner told News4Jax. “But I understand why she was angry. She was basically sexually harassed by her teacher. … The teacher did apologize, she did understand what she did was wrong.”

The district declined to speak with News4Jax about Wagner’s suspension, saying it doesn’t comment on disciplinary matters involving individual students.

The student and her mother expressed concerns that the incident is part of a “systemic problem.” Wagner believes there’s a double standard when it comes to enforcing the dress code.

“I believe that teachers are targeting women with mature bodies, women in general absolutely,” she said. “So just because I have a little bit of breasts, I get targeted.”

The incident comes as school districts across Northeast Florida grapple with dress code policies. In March, an online petition was created after Bartram Trail High School students complained about the dress code at the St. Johns County school. On a single day, 31 female students were flagged for dress code violations.

The Nassau County School District has a dress code policy in place that forbids students from wearing “tops with thin or no straps, or tops that show midriff or expose the body.” The policy also bans see-through clothing and items that show undergarments.

The dress code was updated in January, and the district said it reevaluates its policy each year.

Wagner said she was told her undergarments were visible, but she claims the cardigan she wore that day would’ve made that impossible.

Alice Wagner says she was suspended for 10 days after a heated exchange with school administrators over a teacher’s remarks about her outfit.
…read more

SF Giants bullpen problem needs to be addressed now, but big changes may be hard to make

Cypress College failed to be ‘anti-racist’ by not defending professor in viral video, faculty union says