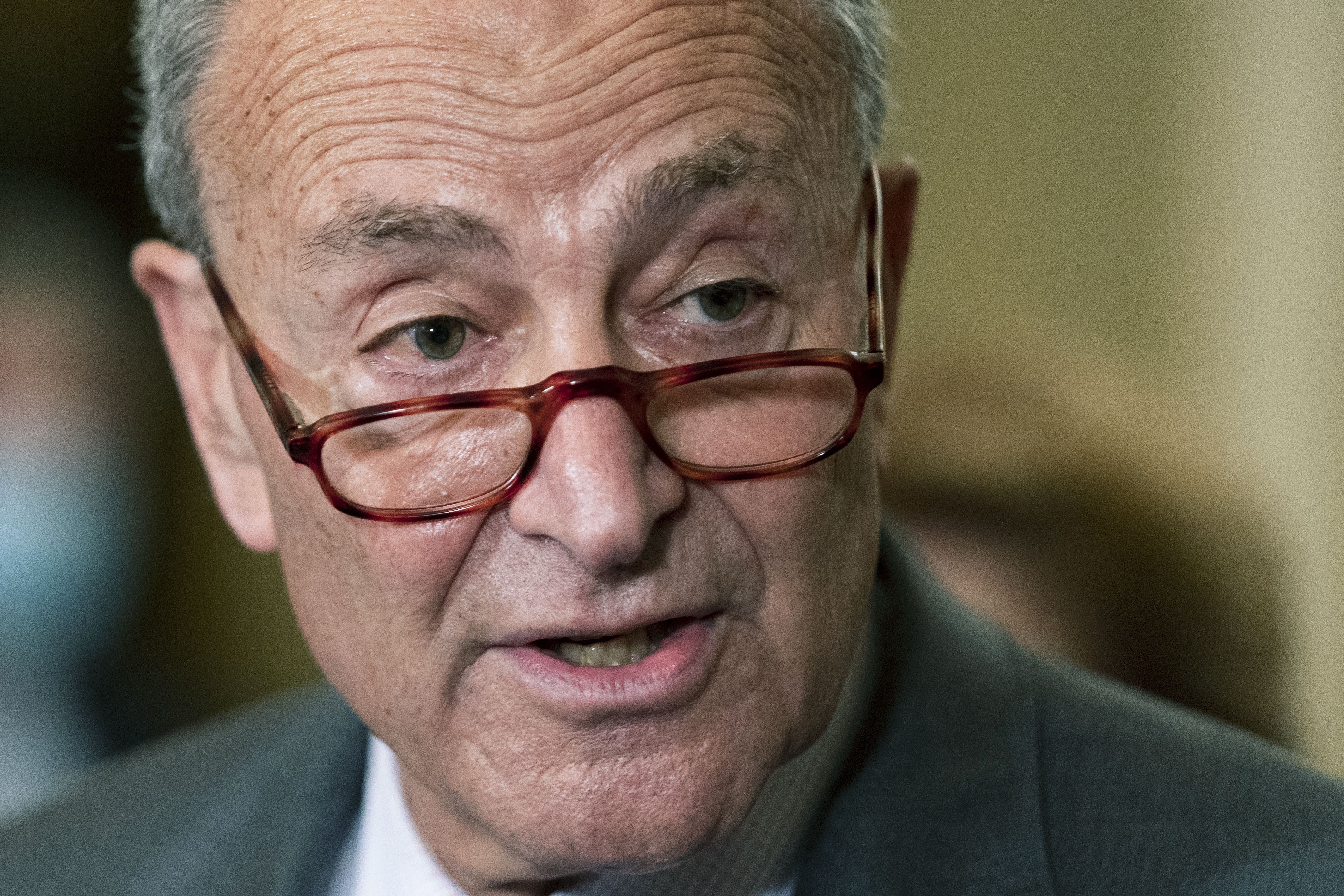 Senate Democrats are set to try again to advance a sweeping elections and voting overhaul bill, testing objections from Republicans with a vote planned for next week, Majority Leader Chuck Schumer announced Thursday.

In a letter to colleagues, Schumer, D-N.Y., said Republicans “must come to the table” to at least open debate on the bill. Weeks in the making, the new version was drafted in hopes of winning over support at a time when states continue mounting obstacles to voting.

If the Republican senators have ideas “on how to improve the legislation, we are prepared to hear them, debate them, and if they are in line with the goals of the legislation, include them in the bill,” Schumer said.

He challenged Republicans not to oppose the measure, blocking it with a filibuster, and ”at the very least, vote to open debate.”

A test vote is expected next Wednesday.

Prospects appear dim for the Freedom to Vote Act, a revised effort by Democrats to advance one of their signature legislative efforts this year — protecting and enhancing the nation’s patchwork of state-run election systems. The push for an overhaul comes as Texas and other states are putting in place new voting laws that critics argue are a return to Jim Crow-style restrictions making it difficult to cast ballots, especially in Black and minority communities.

A key Democrat, Sen. Joe Manchin of West Virginia, has led the effort to revise an earlier version of the bill that ran into stiff GOP opposition. He, too, had concerns with its scope. But it is doubtful Manchin’s effort on the now-scaled back bill will win over many Republican supporters.

Drug search in the Panama Canal: How my high school adventure at sea almost ended

In the evenly-split 50-50 Senate, Democrats hold only the most slim of majorities. Support from Republicans is needed to reach the 60-vote threshold to advance the bill past the opposition.

Senate Republican leader Mitch McConnell of Kentucky has decried the entire effort as a federal takeover of state-run election systems.

In the works for weeks, the revised legislation includes many of the same provisions as the previous bill, known as the For the People Act.

It would establish national rules for running elections and includes provisions that would limit, but not prohibit, state voter ID requirements, which are being implemented in many states. Such changes in the bill were important to Manchin.

The new measure also scraps language that would have created a public financing system for federal elections — a key objection of Republicans, particularly McConnell.

Passenger shot and killed along Metro B Line in Hollywood; suspect sought

Kings eager to test themselves against Vegas in season opener