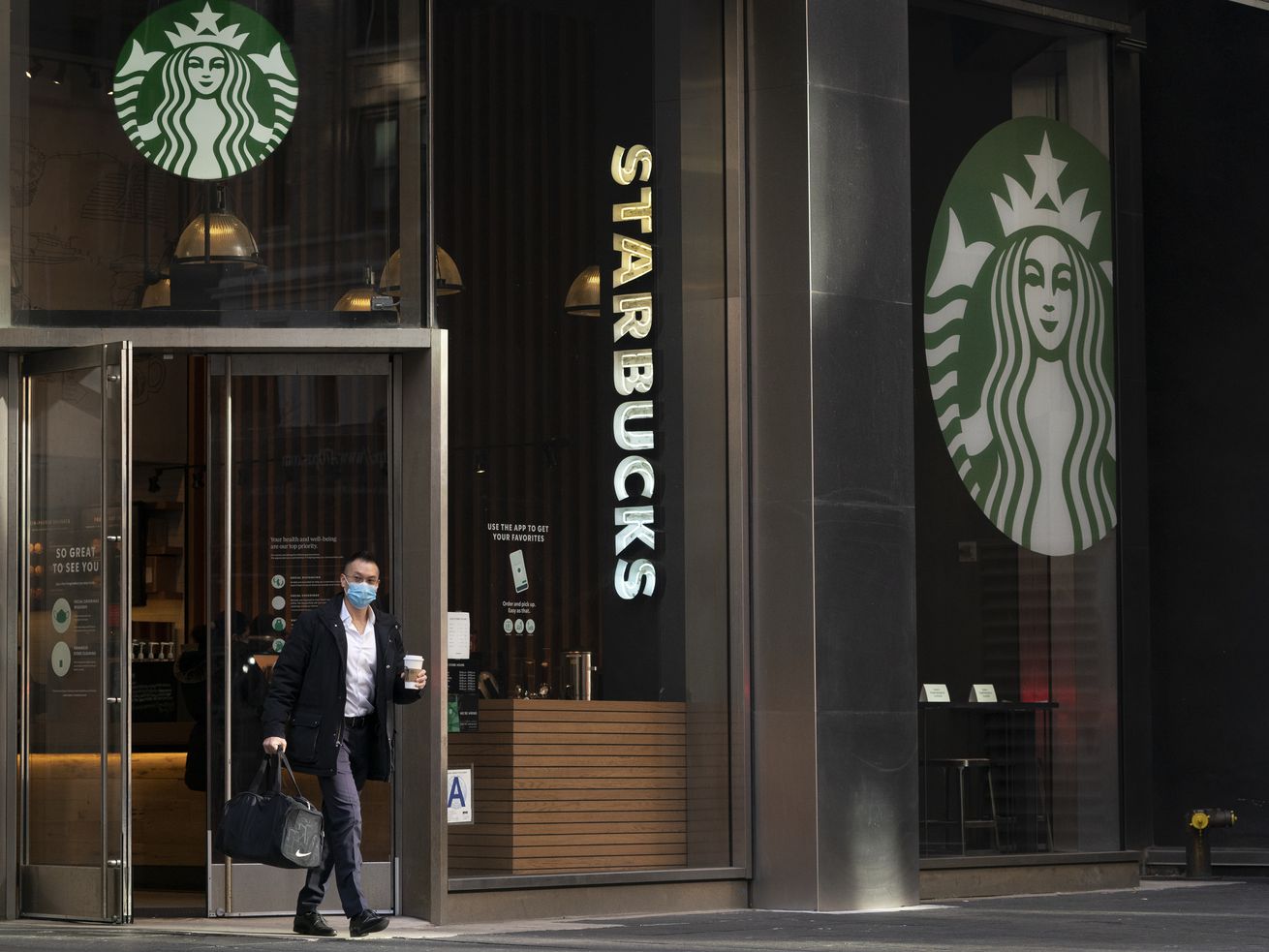 The Supreme Court struck down President Joe Biden’s vaccine-or-test mandate for larger employers, but some businesses, such as Starbucks, have imposed their own mandates. | Mark Lennihan/AP Photos

The six conservative justices wrote that the Occupational Safety and Health Administration exceeded its authority when it imposed the mandate as a “blunt instrument” last fall. Blunt instruments are sometimes needed.

As an editorial board, we have been clear and forthright about our support for vaccine mandates in the workplace. Even in the midst of a worldwide pandemic, not everyone is ready to do the right thing, for themselves and others, by getting a safe, effective and free vaccine.

Some people need that one final push to protect themselves and others from serious illness or even death.

So we were hoping the Supreme Court would defer to public health expertise during a crisis — nearly 850,000 deaths, an average of over 800,000 new cases every day, a steady increase in hospitalizations of, overwhelmingly, the unvaccinated — and uphold the Biden administration’s vaccine-or-test mandate for large employers.

Instead, the court, by a 6-3 vote, said no, striking down the mandate that would have applied to some 80 million U.S. employees.

Whatever the legal issues involved here, public health lost out to the views of six conservative justices. Those justices are so concerned about supposed government overreach that they view the simple act of getting vaccinated or taking a non-invasive test as, according to their unsigned majority opinion, “a significant encroachment into the lives — and health — of a vast number of employees.”

How many of those employees might now end up with an even worse encroachment on their lives: a stay in a hospital ICU hooked up to a ventilator?

“In the face of a continually evolving COVID-19 pandemic that poses a serious danger to the health of our nation, the Supreme Court today halted one of the most effective tools in the fight against further transmission and death from this aggressive virus,” as AMA President Gerald Harmon said in response to the ruling.

Fed study on digital currency leans to role for banks

The six conservative justices wrote the Occupational Safety and Health Administration exceeded its authority when it imposed the mandate as a “blunt instrument” last fall.

Blunt instruments are sometimes needed — in this case, to maintain workplace safety during a pandemic that shows little sign of easing up.

In a dissenting opinion, the Court’s three liberal justices made clear that regulating workplace safety is exactly what OSHA is empowered to do.

“Underlying everything else in this dispute,” the justices wrote, “is a single, simple question: Who decides how much protection, and of what kind, American workers need from COVID-19? An agency with expertise in workplace health and safety, acting as Congress and the president authorized? Or a court, lacking any knowledge of how to safeguard workplaces, and insulated from responsibility for any damage it causes?”

“In the face of a still-raging pandemic, this Court tells the agency charged with protecting worker safety that it may not do so in all the workplaces needed,” …read more

Golden Globes 2021: The Complete List of Nominees | Entertainment Weekly
Newsom has big plans to get rid of California’s homeless camps. Will they work?