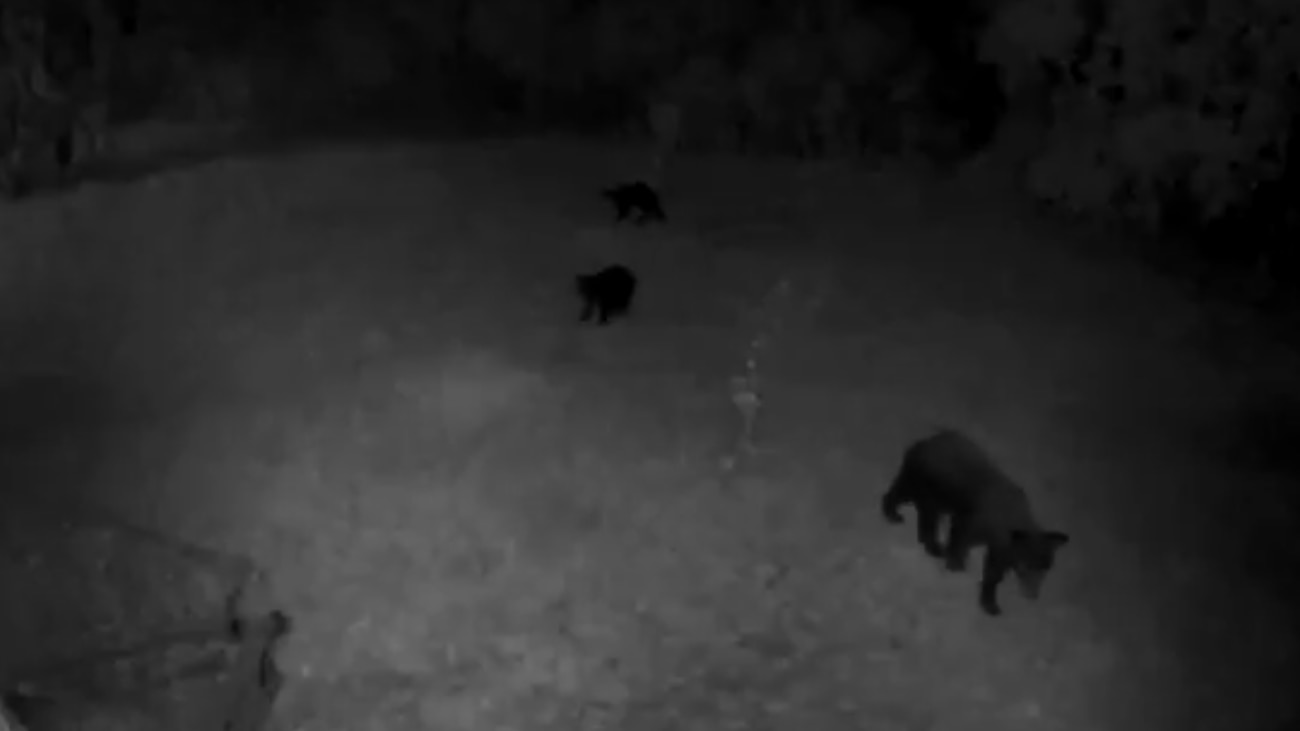 A bear sighting in Lake Asbury has residents on alert.

Jennifer Lynn shared in the News 4 Clay County Facebook group photos that show a bear on a patio in the Silver Creek subdivision near Lake Asbury Junior High School.

“Came walking into the beary friendly backyard in Silvercreek neighborhood near Lake Asbury Junior high. Very populated neighborhood! Right onto the back patio just after 1 am,” her post reads.

It was an alarming sight for residents like Carol Martin.

But these four-legged visitors are not unprecedented.

This isn’t the only recent bear sighting we’ve heard about. Video shows a bear on a property near Camp Blanding. Another video captured cubs there. Evie Stack recorded them and said she’s lived near bears for decades but has seen a sharp increase in sightings over the last few years.

“For the last year and a half, they’ve been really frequent out here,” Stack said. “I used to see them, the footprints out on the road, but now they’re actually cutting through my yard almost on a weekly basis.”

In the past few years, construction has torn through the middle of Clay County to build the First Coast Expressway. Stack lives pretty far south of that, but it tracks right through Silvercreek — like a bear through a picnic site. Many suspect the construction is pushing bears into neighborhoods.

News4Jax reached out to the Florida Fish and Wildlife Conservation Commission, which is checking with its bear experts about whether the First Coast Expressway construction has a direct link as far as some of these sightings.

Who's the next Thanos? Ranking Marvel's 12 candidates for the next big super villain

FWC says bears are more active in the spring, so it does get reports of them moving through neighborhoods, but there haven’t been more calls than usual for this time of year.

FWC notes that removing attractants and not feeding bears are the two most important things to remember to keep the animals away.

Here is more advice from FWC:

Secure household garbage in a shed, garage or a wildlife-resistant container (like a bear-resistant container or caddy).
Put household garbage out on the morning of pickup rather than the night before.
Secure commercial garbage in bear-resistant dumpsters.
Protect gardens, beehives, compost and livestock with electric fencing.
Encourage your homeowners association or local government to institute ordinances on keeping foods that attract wildlife secure.
Feed pets indoors or bring in dishes after feeding.
Clean grills and store them in a locked, secure place.
Remove wildlife feeders or make them bear-resistant.
Pick ripe fruit from trees and remove fallen fruit from the ground — bears love fruit!
Screened enclosures are not secure and will not keep bears out.

California taxpayers may catch a break this year