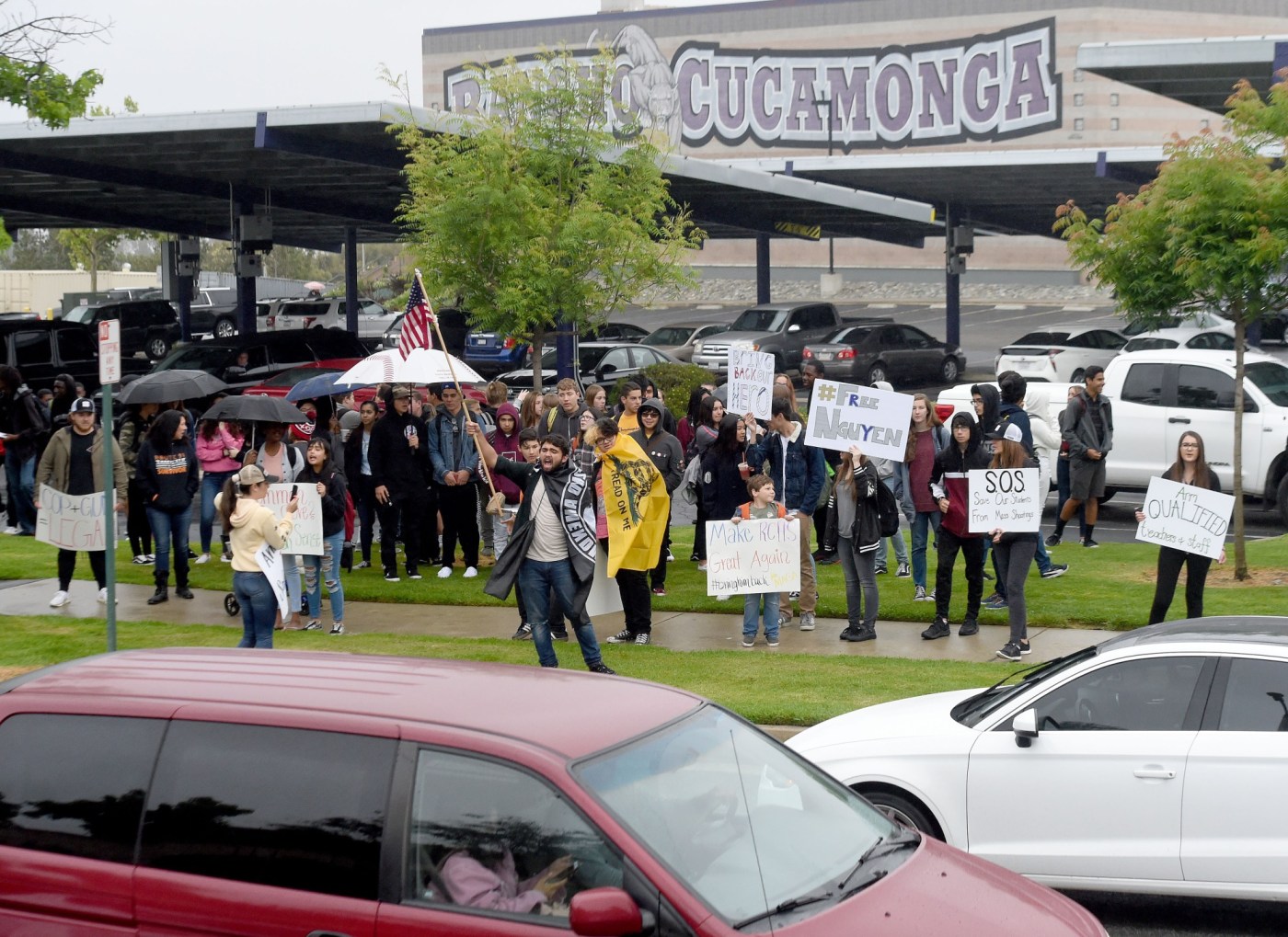 A former Rancho Cucamonga High School teacher who was arrested for carrying a loaded firearm into his classroom has sued, saying his constitutional rights were violated and that he was singled out for his conservative political beliefs.

On May 7, 2019, Joseph Nguyen was taken from his classroom by Principal Cary Willborn and San Bernardino County sheriff’s deputies Ana Mata and Kristin Garcia, after authorities received a tip about a loaded gun brought on campus.

Nguyen confirmed he did have a loaded gun in his backpack stored in a locked cabinet. As a sworn reserve police officer, however, he claims can carry a firearm while off-duty, according to a civil lawsuit filed April 24, 2020, in U.S. District Court for the Central District in Los Angeles.

The Chaffey Joint Union High School District, one of the defendants in the suit, said in a response filed with the court that no one may carry a loaded gun onto school premises, except for campus safety officers. Earlier, in a prepared statement shortly after the incident, the district said the “California Gun-Free School Zone Act makes it a crime for a person to possess a firearm on or within 1,000 feet of a school campus.”

Whether Nguyen was allowed to possess the gun on campus or violated state law most likely will be brought out in a trial, scheduled to begin Tuesday, Nov. 30, with Judge Stephen V. Wilson presiding.

College basketball Top 25: Duke, Purdue the new 1-2; plus, my ballot

Sample jury questions filed with the court ask whether school personnel and the sheriff’s deputies detained Nguyen because of his political beliefs or acted properly in accordance with school district policy.

“I filed the complaint because I didn’t do anything wrong,” Nguyen said in an interview Monday, Nov. 22. “I was in lawful possession of a firearm. As a Level I reserve officer with the city of Irwindale, I am allowed to carry a concealed weapon.”

Level I reserve officers have full peace officer powers both on and off-duty and are authorized to carry an off-duty weapon, according to the Los Angeles County Sheriff’s Department manual on policy and procedures.

In a court document filed by school district attorney Daniel S. Modafferi, the district rejects the claim that as a reserve officer, Nguyen could carry a gun into the classroom.

Golden Globes 2021: The Complete List of Nominees | Entertainment Weekly
Registration for the largest family history conference in the world is now open. Here’s how you can register for RootsTech 2022