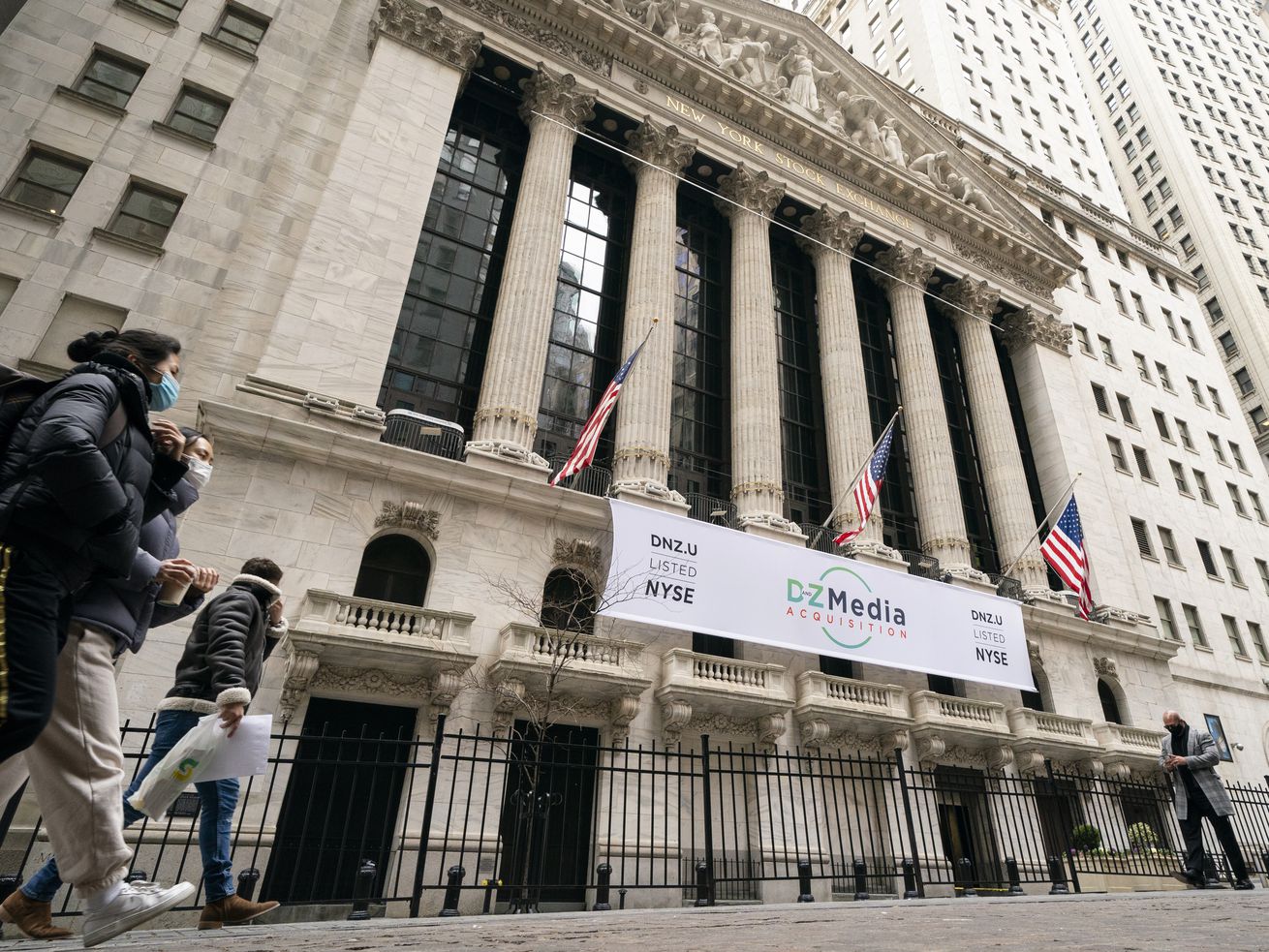 In this Jan. 27, 2021 file photo, pedestrians pass the New York Stock Exchange in New York. Stocks were solidly lower in early trading Tuesday, May 4, dragged down by banks and big technology companies like Apple and Google. | AP

Most sectors in the benchmark S&P 500 index fell as investors continue to focus on corporate earnings and gauge the economic recovery’s progress.

Stocks were solidly lower in afternoon trading Tuesday, dragged down by big technology companies like Apple and Google.

Most sectors in the benchmark S&P 500 index fell as investors continue to focus on corporate earnings and gauge the economic recovery’s progress. Earnings and most economic indicators have been signaling a steady recovery, but investors remain concerned about the lingering threat from COVID-19, inflation and other factors that could crimp progress.

A key concern has been the recovery in the employment market. Investors will get another update with this week’s jobs report.

“The entire market is down, but the tech stuff is down way more,” said Ross Mayfield, investment strategist at Baird. “If you look at the broad picture, the earnings beats are strong and we’re expecting a big job print on Friday.”

Big technology shares were dragging down the entire market. Apple fell 4%, Facebook shares were down 2.4%, Google’s parent company dropped 2.5% and Amazon fell 2.9%. The declines added to the drop in tech shares that happened late Monday, which caused the Nasdaq to end in the red.

Saudi Aramco said Tuesday its profits soared by 30% in the first-quarter of the year, compared to last year, riding the back of higher crude oil prices and recovering demand as major economies claw their way out of recession, easing restrictions amid coronavirus vaccine rollouts.

Until this week, stocks have been grinding higher on expectations of an economic recovery and strong company profits this year as large-scale coronavirus vaccination programs help people return to jobs and normal activities after more than a year of restrictions. Massive support from the U.S. government and the Federal Reserve, and increasingly positive economic data, have also helped put investors in a buying mood, keeping stock indexes near their all-time highs.

More than half of the companies in the S&P 500 have reported their results so far this earnings season, which show profit growth of 54%, according to FactSet.

On Monday, Federal Reserve Chairman Jerome Powell said the economic outlook has “clearly brightened” in the United States, but the recovery remains too uneven.

Investors will get a closely watched jobs report on Friday. Economists expect that U.S. employers hired 975,000 workers last month as the economy accelerated out of the pandemic and vaccines rolled out nationwide. …read more

Banning Trump, booing Romney, pushing out Liz Cheney — it is not the way forward