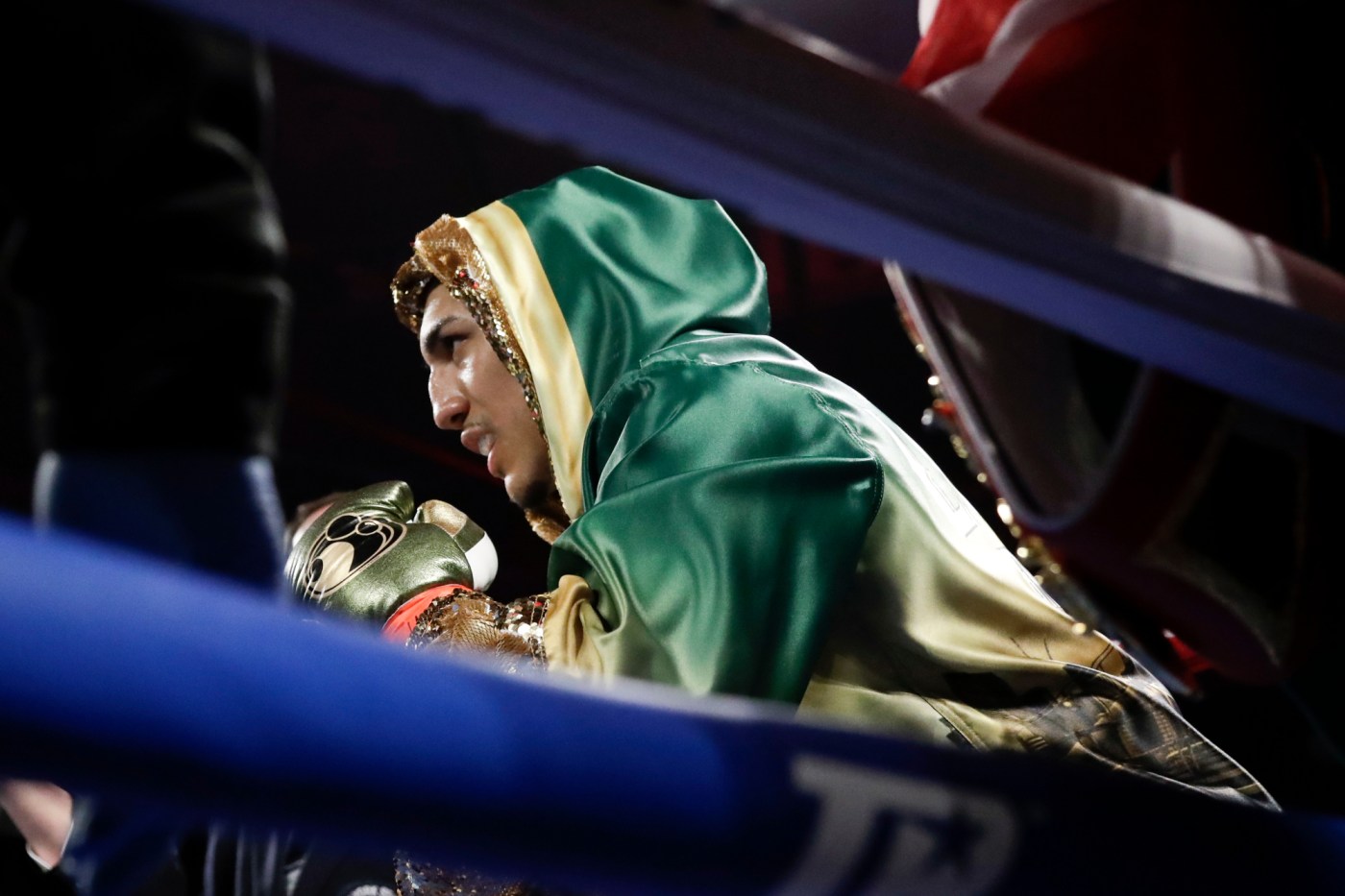 Teofimo Lopez refers to himself as the “Takeover” because he envisioned himself as a boxing superstar long before he took over the lightweight division as the undisputed champion.

Eight months ago, Lopez expected to defeat Vasiliy Lomachenko, who at the time was regarded as the best pound-for-pound boxer, but Lopez was caught off guard when he held the Ring Magazine belt, the title that serves as a reminder that he’s the one who beat the man.

“Had it in my hands and it made me cry,” Lopez said about the lineal belt that’s been around nearly a century. “The Ring Magazine been in the game the longest since 1922 with Jack Dempsey and so many other great champions that have carried that belt.”

At age 23, Lopez is still aiming to take over the sport as the face of boxing, but he said he’s taking baby steps, ones that will require risks.

Lopez took a risk by leaving his promoter, Top Rank, and ESPN – the broadcast partner of Top Rank – to join the recently founded Triller Fight Club for a one-fight partnership. Lopez will make his first undisputed title defense against George Kambosos Jr. on June 19 to headline a Triller pay-per-view broadcast from LoanDepot Park in Miami.

Lopez (16-0, 12 KOs) declined Top Rank’s initial offer, which was reportedly $1.25 million, to fight Kambosos (19-0, 10 KOs) on ESPN with millions watching, but Lopez pushed for a purse bid and the gamble paid off with Triller winning the rights to broadcast the fight. Lopez said he expects to make around $8 million for the upcoming bout.

“Triller Fight Club and Triller, they know exactly what they’re doing,” Lopez said. “With the amount of entertainment that I’m actually going to be involved in with these guys and the amount of talent that they have here, it’s phenomenal and I can’t believe it. Sometimes it’s like, ‘Whoa.’”

Perhaps Lopez won’t have the same viewership numbers by not fighting on ESPN, but Triller has made an instant impact on the boxing landscape by distributing a fresh broadcast that appeals to a younger audience. Triller made headlines and provided numerous viral content by hosting the Mike Tyson-Roy Jones Jr. and Jake Paul-Ben Askren bouts in the past year.

A male infertility crisis could be on the horizon