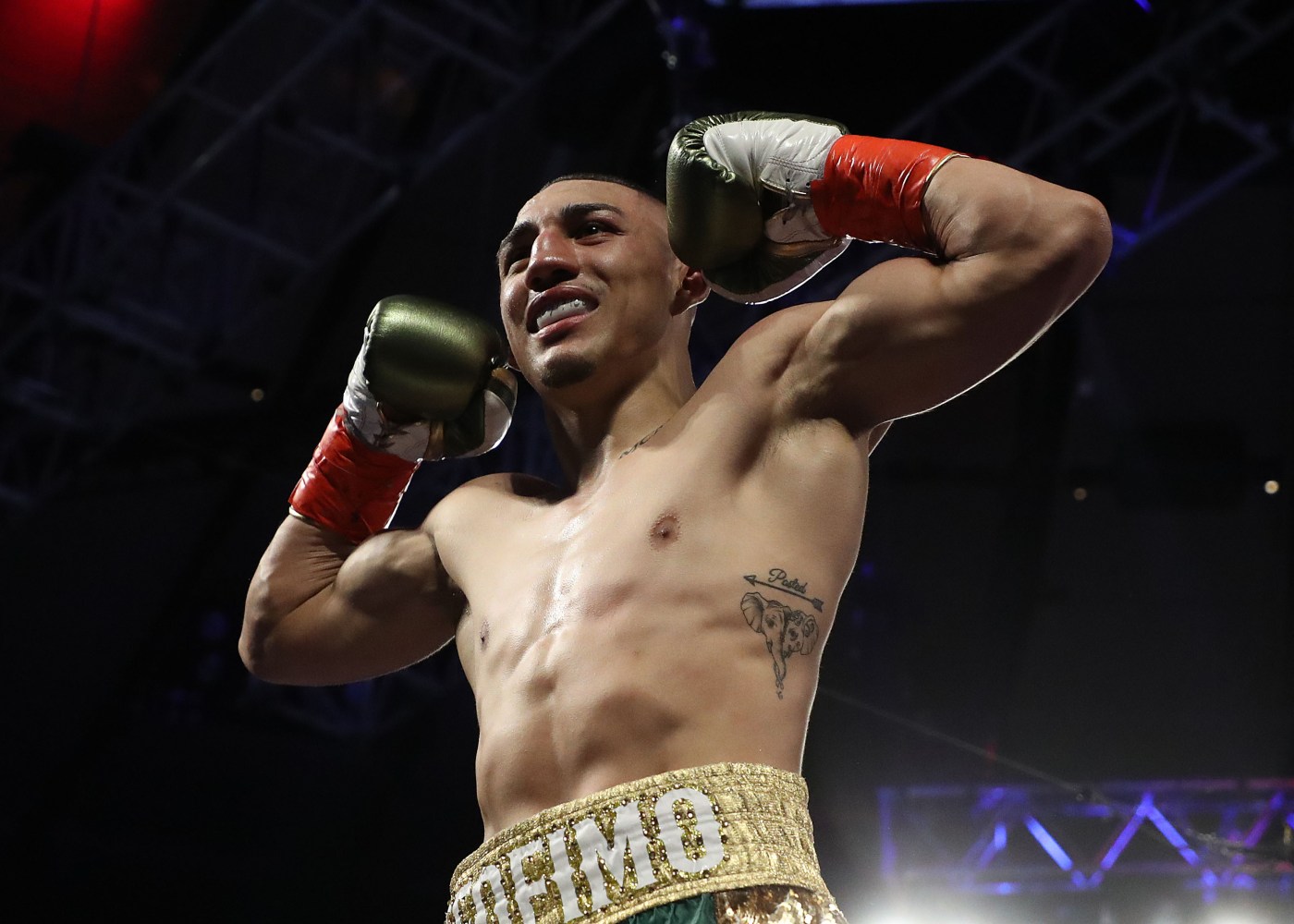 He did his usual backflip in the midst of the ring. Then he lay there and did several snow angels, right in the middle of that winter wonderland known as Las Vegas.

As he did so, blood droplets peppered the canvas, coming from a 12th-round cut in his right eyelid.

You saw everything about Teofimo Lopez right then, as if he hadn’t shown you enough.

Lopez was not going to talk his way past Vasiliy Lomachenko, the 32-year-old holder of the three lightweight belts that Lopez didn’t hold. He did not become the unified champ through slapstick and one-shot power. He did not charge Lomachenko in those early rounds when the Ukranian was getting his engine warm, and he used his three-inch reach advantage to protect himself and frustrate the most poised man in boxing.

Later, Lomachenko found himself so far behind that he entered the danger zone, and at times he rocked Lopez with jabs and uppercuts. But the kid has a chin to match his mouth, and when he got a chance to fight the first 12th round of his career, he understood what that meant. Lopez staggered Lomachenko and was ready for a finishing crescendo when Lomachenko accidentally head-butted him in the eye and brought loose the blood. It flowed well, thanks to a forceful heart.

“He hadn’t fought in 14 months,” Lopez said. “I knew he’d probably get off to a slow start. With him you gotta keep pressuring him, press the gas, stick the jab and don’t give him the opportunity to set up. Every time he wanted to throw, I had something ready for him.

“I spent all week with him,” said super-middleweight Edgar Berlanga, who scored his 15th one-round knockout (over Lanell Meadows) in his first 15 fights. “We ate breakfast, lunch and dinner. We were chopping it up all week, talking about the future. There’s a new generation coming in boxing. My brother (Lopez) took a leap of faith. He’s 23 years old and he’s an undisputed champion.”

Lomachenko was the decisive favorite, because of experience and intangibles and the sneaking suspicion that Lopez wasn’t quite ready for the adult table.Related Articles

Teofimo Lopez finishes his takeover of the lightweight division

Ignored was the fact that Lopez was younger, bigger and, as it turned out, quicker, with a longer reach. Lomachenko’s only response was a resume. It couldn’t even raise a paper cut on Lopez.