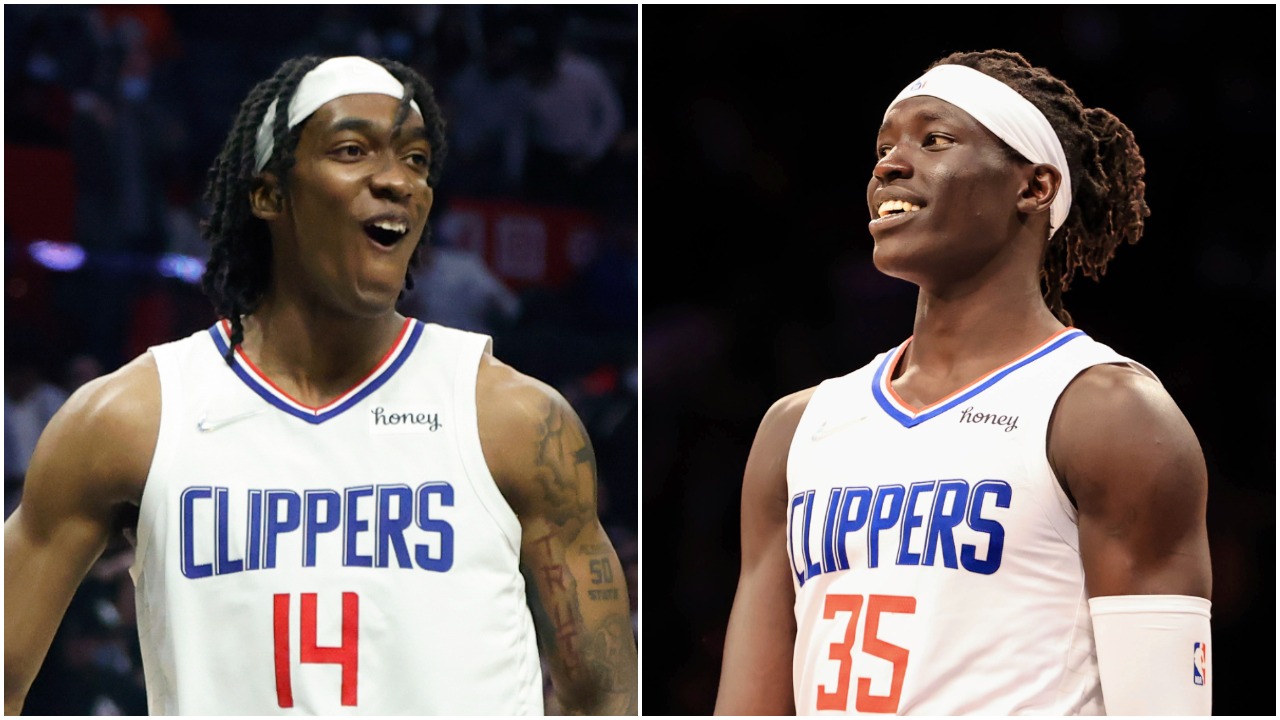 LOS ANGELES — From opponent to inspiration to teammate, it’s how the basketball spins.

Terance Mann and Wenyen Gabriel go back a ways – and now they’ll go forward for a few more days after the Clippers signed Gabriel to a second 10-day deal Tuesday, extending the 24-year-old power forward’s time with the team as a hardship addition.

Forward Justise Winslow entered the COVID-19 protocols on Sunday, joining guard Luke Kennard, who has been on the health-and-safety list since Jan. 1.

On Jan. 4, the Clippers re-upped point guard Xavier Moon for another 10 days (he was in protocols between Thursday and Sunday).

Gabriel said Mann’s presence on the Clippers helped him feel quickly comfortable when he joined them in Toronto on Dec. 31.

“They welcomed me in here, treated me well, and I knew a few people on the team already,” said the 6-foot-9 Gabriel, who appeared in five games for the Clippers during his first 10-day stint with the team, giving the Clippers 11 points, 12 rebounds and a couple of blocked shots over 42 minutes of action.

“I’ve known Wenyen and known of Wenyen since I was like a sophomore in high school,” Mann said Tuesday at shootaround. “He grew up probably like … 25 minutes from me, so I knew of him for a while. And then we finally played against each other when I was a senior. We played him in the semifinals of the high school championships.”

Yeah, Gabriel remembers that too.

“I mean, I even played against him in high school,” he said after the Clippers’ big win in Brooklyn, which was Gabriel’s debut with the team. “He actually beat me in the semifinals.”

“My team,” Mann said, “was really good that year.”

If that hadn’t already come up between the two, Clippers coach Tyronn Lue joked that it might soon: “I might gas it up today.”

No hard feelings, though: Mann’s development as a Clipper – from 48th overall pick in 2019, to playoff hero with 39 points in a second-round playoff close-out victory, to a key rotational piece now – has proved something of a spark for Gabriel.

“Definitely inspiring,” he said. “I mean not a lot of people from where we come from make it to the NBA. I watched him in the playoffs last year, that was really exciting. I was in my house rooting for him and to see how he’s progressed in his career it’s inspiring and it’s motivating and it makes me want to do the same thing.

Mann said he feels that, and he appreciates it.

“Just knowing that we come from the same place, have similar paths, and just to be able to do what I’ve done, and have somebody from the same area on the same team as me in the NBA is just a crazy thing,” Mann said. “Like life comes full circle, for sure.”