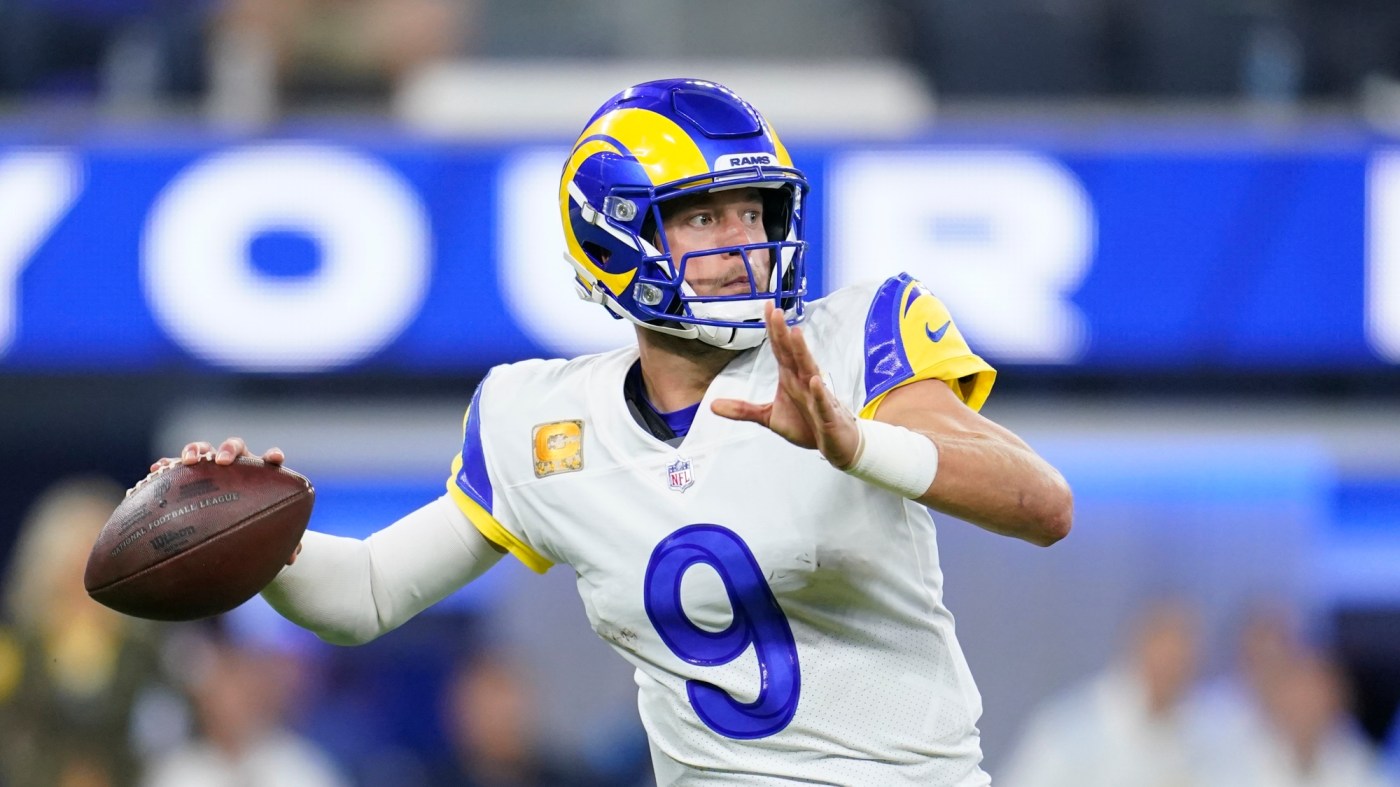 For 12 seasons with the Detroit Lions, who play a home game every Thanksgiving Day, it was always football before feast.

“I loved playing on Thanksgiving. For the tradition, for the game, all of that,” Stafford said Wednesday.

In 2015, the first year Matthew and Kelly Stafford were married, the Lions had to get back to work the next day because they had a Thursday game the following week.

“But all the other times, I think I was back at my house at 5, 5:30,” Stafford said. “Being able to have a Thanksgiving meal, watch some football with your family, almost felt like a fan there for a little bit.

“It was a lot of fun having the next couple of days off, and you could eat leftovers and do all that fun stuff.”

It will be different this time. The Rams practice Thursday morning. Then Stafford can spend all of Thanksgiving afternoon and evening with Kelly and their four daughters.

Thanksgiving isn’t the only American tradition at which Stafford is getting a fresh look this week.

The other is football at Lambeau Field, the 65-year-old stadium in Green Bay, where the Rams (7-3) play the Packers (8-3) on Sunday.

The quarterback’s Lions teams usually were overmatched in their annual NFC North games at Lambeau. Stafford is 3-7 in his starts there since entering the NFL in 2009. That includes 2-6 in games with Aaron Rodgers quarterbacking the Packers, games for which Detroit was never rated better than a 3½-point underdog.

“It’s one of my favorite places to play in the NFL,” he said after practice. “I’ve played some fun snow games. That’s what you dream about as a kid, getting to play at Lambeau Field in the snow. I don’t think it’s going to snow this week, but it’ll be nice to play there.”

Speechless Skip Bayless in Cowboys gear made the most bizarre video

It was 31, with a 19-degree wind chill, the first time Stafford played at Lambeau, and he said he remembered that Jan. 1, 2012 game “like it was yesterday.”

“That was a crazy game. That was the Matt Flynn game,” he said of the backup who passed for 480 yards and six touchdowns while the playoff-bound Packers gave Rodgers the final regular-season game off. “We had a good game too. It was a fun, down-to-the-wire game.

“Thought we won it on a seam ball to Tony Scheffler in the Tampa 2 (defense),” said Stafford, who passed for 520 yards, still his career high, completing 36 of 59 passes, with five touchdowns and two interceptions. “Then they came back and scored. Then I threw a pick on a sail route to Nate Burleson, I believe.”

His recall is correct.