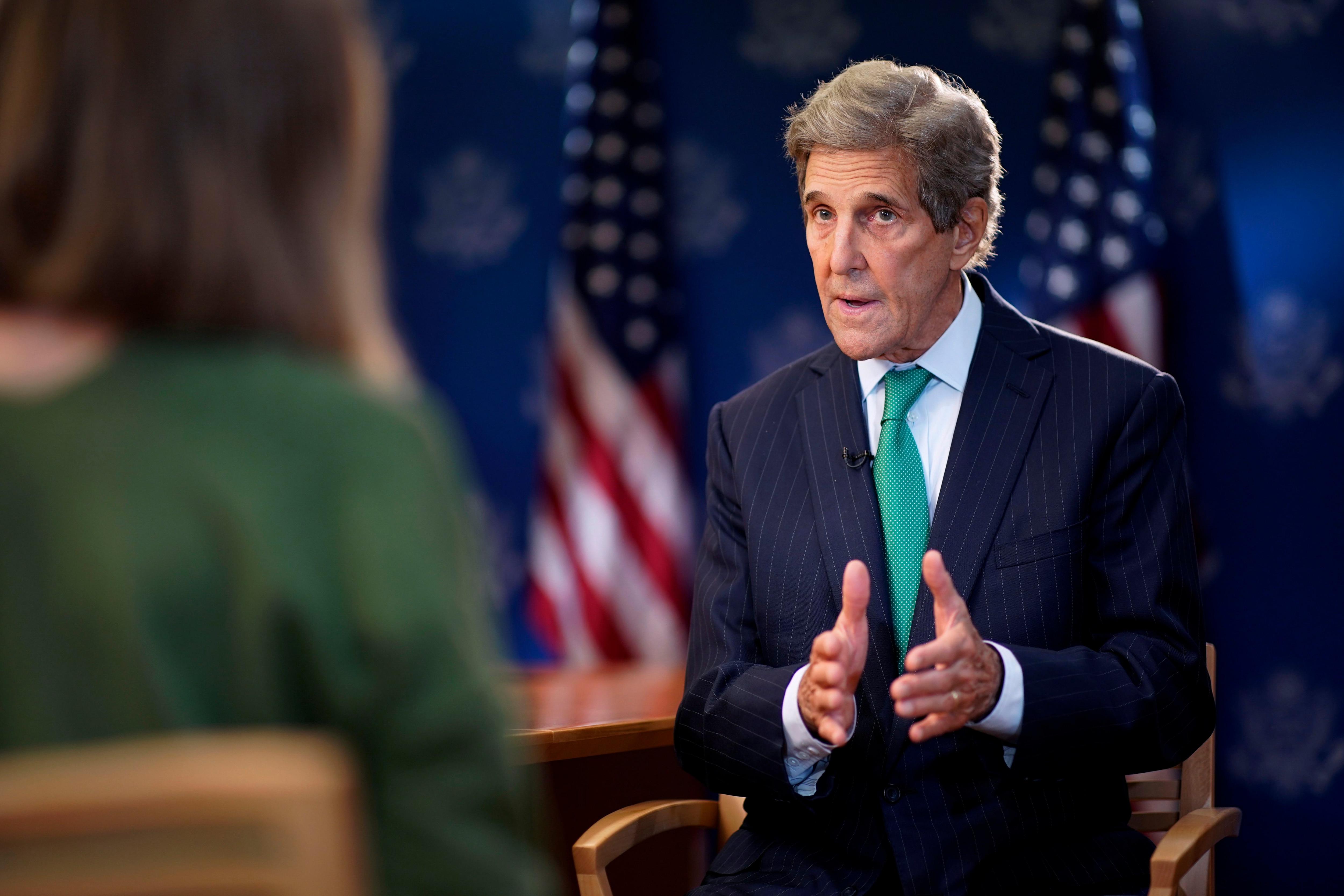 Crucial U.N. climate talks next month could end short of the global target for cutting coal, gas and oil emissions, U.S. climate envoy John Kerry says, after nearly a year of climate diplomacy that helped win deeper cuts from allies but has so far failed to move some of the world’s biggest polluters to act fast enough.

In an interview with The Associated Press, Kerry credited the United States, the European Union, Japan and others that over the past year have pledged bigger, faster cuts in climate-wrecking fossil fuel emissions ahead of the talks in Glasgow, Scotland, under nudging from Kerry and the Biden administration. He expressed hope enough nations would join in over the next couple of years. “By the time Glasgow’s over, we’re going to know who is doing their fair share, and who isn’t,” he said.

Kerry also spoke of the impact if the U.S. Congress — under a slim Democratic majority — fails to pass legislation for significant action on climate by the United States itself, as the Biden administration aims to regain leadership on climate action. “It would be like President Trump pulling out of the Paris agreement, again,” Kerry said.

Kerry spoke to the AP on Wednesday in a conference room down the hall from his office at the State Department, its upper corridors still eerily shy of people in the coronavirus pandemic. Kerry’s comments came after nine months of intensive climate diplomacy by plane, phone and computer screen aimed at nailing down the most global commitments of action on climate possible ahead of the U.N. climate summit, which opens Oct. 31 in Scotland.

Kerry plans final stops in Mexico and Saudi Arabia as he pushes for more last-minute pledges before settling in Glasgow for two weeks of talks. “We have a lot of things to still come across the transom. And that will decide where we are overall,” Kerry said.

Kerry’s efforts abroad, along with President Joe Biden’s multibillion-dollar promises of legislation and support for cleaner-burning energy at home, come after President Donald Trump pulled the United States out of the Paris climate accord.

Kerry rejected a suggestion he was seeking to lower expectations for the summit, which became a deadline — but not a final one, leaders have begun stressing – for countries to announce how hard they will work to switch their economies from polluting to cleaner-burning. Kerry and others early on billed the Glasgow summit as “the last, best chance” to drum up momentum for the emissions cuts, investment in renewable energy, and aid to less-wealthy countries to allow them to switch from dirty-burning coal and petroleum in time to limit warming to 2.7 degrees Fahrenheit (1.5 degrees Celsius).

Scientists warn the damage is irreversible and headed to catastrophic levels absent major cuts in emissions.

When it comes to closing the divide between cuts promised by countries and the cuts needed, “We will hopefully be moving very close to that…though there will be a gap and…we’ve got to be honest about the gap, …read more

Golden Globes 2021: The Complete List of Nominees | Entertainment Weekly
Californians, please move if you can

Warm today, near record highs through the end of the week

Our critical infrastructure is vulnerable – better cyber security can fix it