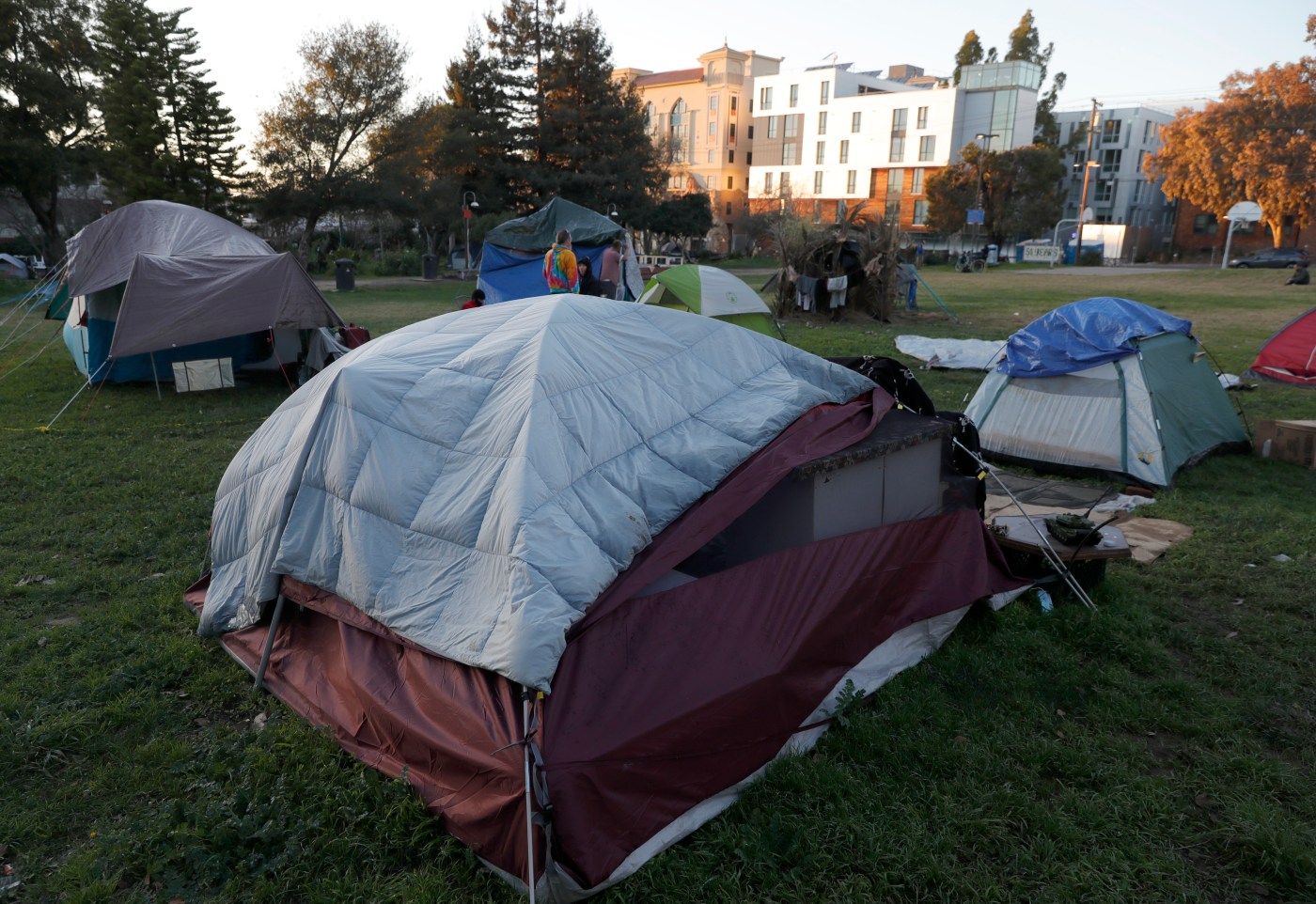 Homelessness — not COVID, not wildfires and not even the sky-high price of housing — is the problem Bay Area residents are most concerned about, as massive encampments shine a spotlight on the issue in nearly every corner of the region.

In a new poll, 60% of respondents said they are very concerned about homelessness in the nine-county Bay Area, according to results released Tuesday by the Bay Area Council. At the same time, residents are less worried this year about housing affordability and availability — and slightly less willing to support new residential development.

The results reflect residents’ mounting dissatisfaction with growing homeless camps that display the suffering of people without homes, while also at times blocking sidewalks and posing a fire danger to surrounding houses and businesses. It’s a crisis that’s become more visible during the pandemic, as cities stopped clearing encampments and officials raced to create more shelter space and protect vulnerable unhoused people from the virus.

“Homelessness has clearly risen to the top of Bay Area residents’ concerns about the region,” said Jim Wunderman, president and CEO of the Bay Area Council, “and that’s a big concern for all of us in the public policy world because it’s such a challenging problem.”

The poll surveyed 1,000 Bay Area voters over one week in March, inviting people to participate via email or text. Housing is residents’ second-biggest worry, with 44% saying it’s very concerning. That was followed by climate change, wildfires, income inequality, racial inequality, COVID and the economy. More than a year into the pandemic,  36% of respondents said they are very concerned about COVID.

This year marks the first time in seven years homelessness has surpassed housing as the region’s most pressing worry, as the number of people living on the street in the Bay Area and beyond has soared over the past few years. The pandemic also made policymakers and local residents aware of how vulnerable their unhoused neighbors are — with nowhere to shelter-in-place away from the virus, said Ray Bramson, chief impact officer for Destination: Home, an organization working to end homelessness in Santa Clara County.

When asked what is the biggest problem facing the Bay Area today, 24% of respondents said homelessness, while 16% said they are more concerned about the cost and availability of housing. Last year, the closely related issues of homelessness and housing tied, with 24% each.

In 2015, just 3% of people thought homelessness was the main concern.

“People are living in great jeopardy, and I think more and more folks are realizing we have to have a response that’s appropriately sized for the gravity of the crisis,” Bramson said.

Local and state leaders are taking note as well. Last month, mayors from California’s largest cities — including San Francisco, Oakland and San Jose — urged the governor and state legislators to spend an unprecedented $20 billion to combat homelessness in California over five years. State Democrats back the proposal.

According to the poll, some people are finding it easier to obtain housing. Thirteen …read more