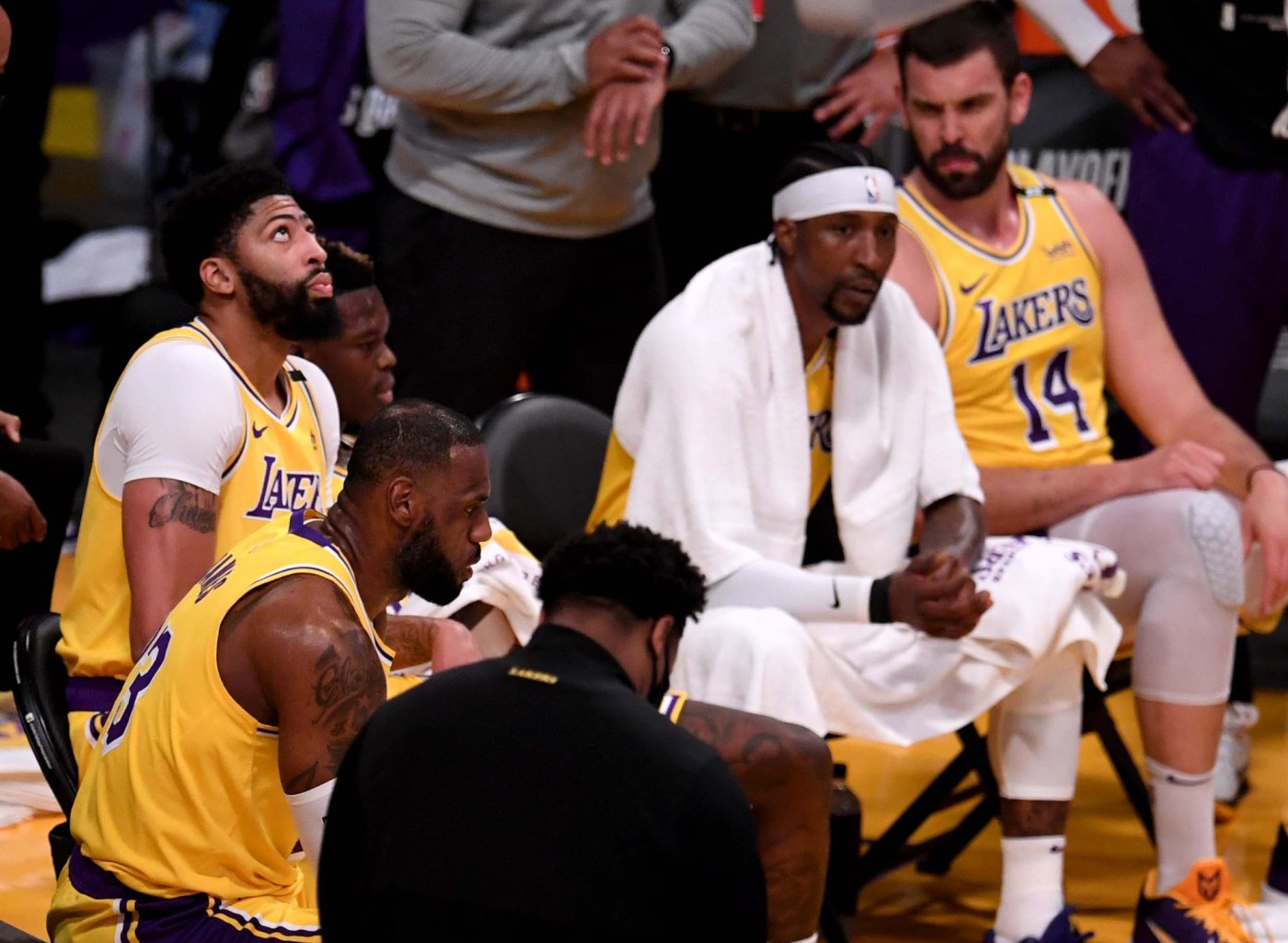 Editor’s note: This is the Friday June 11 edition of the Purple & Bold Lakers newsletter from reporter Kyle Goon. To receive the newsletter in your inbox, sign up here.

There was a streak I was really proud of last season: In every series the Lakers played, I correctly guessed that they would win, and they number of games they’d win in. I had them over Portland in five; Houston in five; Denver in five; Miami in six. By now, many Lakers fans have those series, and those numbers, encoded into their memories.

Trying to extend that streak this season, I gave a rather wobbly prediction in which I tried to string together as many qualifiers as I could, but ultimately had to put it on the line: Lakers in six over the Phoenix Suns. We know how that turned out.

But I made one accurate prediction back in November as the NBA cleared the way for another season on short turnaround:

I’ve been asked many times if I think the Lakers’ championship, which saw them finish their season 353 days after they played their first regular-season game, deserves an asterisk. Considering the challenges put in their path, my unconditional answer is no. But with an upcoming season that could see stars sidelined with COVID-19; teams with uncomfortable discrepancies in games played; a lacking sense of rhythm and reliability – how does the 2020-21 champion avoid an asterisk?

The asterisk part was a little over-the-top. This year’s NBA champion will have survived a grueling season, with mind-numbing restrictions, injuries and unpredictability. They’ll have weathered fan-less arenas, and then dealt with the perhaps more fraught prospect of fans (and their bad behavior) returning. This year’s champion will deserve a true crown, free of the hypotheticals that, frankly, dog every season since the inception of the sport.

For the Lakers, however, this season was added to the cost of the last one.

This is not a space to excuse the Lakers. At this point, the Lakers’ issues of chemistry and fit were so profound, it’s hard to see them repeating their march to a championship like the cohesive, business-like unit that won the 2020 title. But there is a larger point: Maybe it was never in the cards at all, and that has a lot to do with the owners’ and players’ decision to push forward into this season without …read more

Golden Globes 2021: The Complete List of Nominees | Entertainment Weekly
2021 U.S. Open: 1 of these 10 golfers will win at Torrey Pines