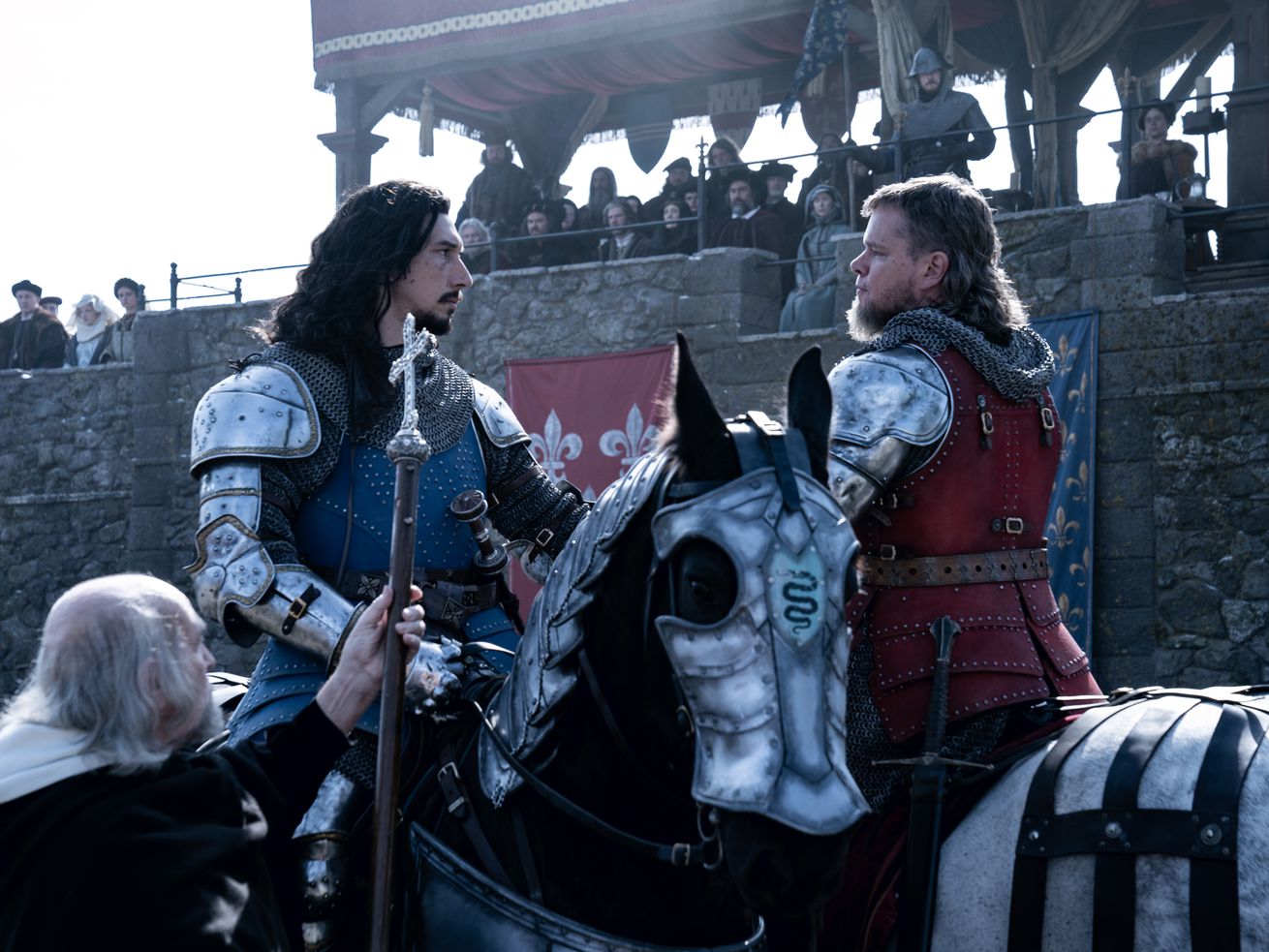 Is Matt Damon the hero or the oaf? It depends on who you ask in the bloody fantastic drama co-starring Jodie Comer and Adam Driver.

I’d love to see a documentary about how the rousing and epic and bloody fantastic historical drama “The Last Duel” came to be, given the legendary director Ridley Scott (“Gladiator,” “Alien,” “Blade Runner”) is working from a screenplay by Matt Damon and Ben Affleck (their first collaboration since “Good Will Hunting”) and Nicole Holofcener, the brilliant filmmaker whose pinpoint modern screenplays for movies such as “Lovely and Amazing,” and “Can You Ever Forgive Me?” are about as far away from the mud and gruel and grime of The Hundred Years’ War as you can possibly get. Who wrote what, and how did this collaboration come together?

Also, our imaginary documentary would HAVE to include a segment devoted to the wigs. Oh my, the wigs.

Filled with big performances, breathtaking cinematography and expertly choreographed battle sequences that put you right there in the middle of the gruesome chaos, “Gladiator”-style, “The Last Duel” is an unabashedly old-fashioned and richly satisfying tale of nobleman and peasants, of hedonism and intellectualism, of brave knights and scheming tricksters — and of course there’s a love story as well, and though at first it seems to be the stuff of fairy tales, let’s just say it doesn’t play out the way one might expect.

“The Last Duel” is one of those movies that is set in the France of the Late Middle Ages and all the main characters are French and have names such as Jacques and Jean and Pierre — but everyone speaks English (save for a few throwaway lines and a song) and for most part they don’t even bother with French accents, and we just go with it because ever since we’ve had sound in cinema we’ve had movies set in foreign lands where everybody just happens to speak the King’s English.

After almost 600 days away, Wolves excited for Allstate Arena return

After a prologue in which two squires prep for a duel as if they’re NFL players suiting up for the Sunday Game of the Week, we’re plunged into battle with Matt Damon’s Jean de Carroughes defying orders and commanding his men to get across that stream and save those people — and during the course of the violent clash that leaves corpses and mutilated soldiers strewn everywhere, Jean saves the life of his longtime friend, the dashing Jacques Le Gris (Adam Driver, looking like the most handsome cast member of a particularly flashy Medieval Times Tournament & Dinner ensemble). This Jean de Carrouges is a real hero!

At least that’s the way it plays out in the first third of the story, …read more