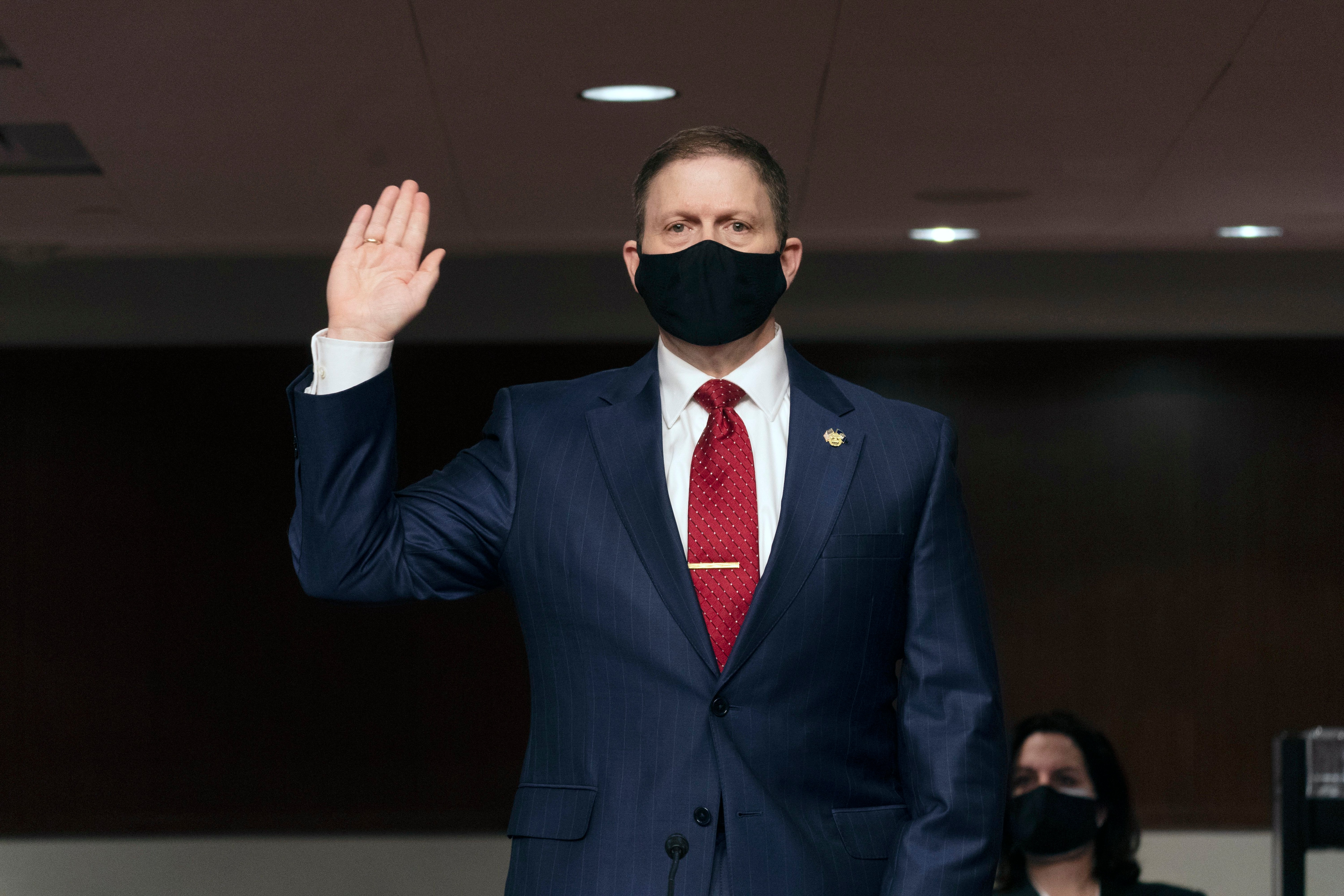 The Latest on congressional testimony about the Capitol insurrection (all times local):

The former chief of the U.S. Capitol Police says he learned this week that his officers had received a report from an FBI field office in Virginia that forecast in detail the chances extremists could commit “war” in Washington the following day — the day of the Capitol insurrection.

The head of the FBI’s office in Washington has said that once he received the Jan. 5 warning from the Virginia office, the information was quickly shared with other law enforcement agencies through the joint terrorism task force, including the Capitol Police.

Former Capitol Police Chief Steven Sund testified to Congress on Tuesday that an officer on the joint terrorism task force had received the FBI’s memo and forwarded it to a sergeant working on intelligence for the Capitol Police. But Sund says the information was not put forward to any other supervisors. Sund says he wasn’t aware of it.

Sund says he did see an intelligence report created within the Capitol Police force warning that Congress could be targeted on Jan. 6. That report warned extremists were likely to attend and there were calls for people to travel to Washington armed.

HERE’S WHAT YOU NEED TO KNOW ABOUT FORMER SECURITY OFFICIALS TESTIFYING ON THE CAPITOL INSURRECTION:

Testifying publicly for the first time about the Jan. 6 insurrection at the U.S. Capitol, former security officials say that bad intelligence was to blame for the disastrous failure to anticipate the violent intentions of the mob. That left them unprepared for the attack, which was unlike anything they had ever seen before.

Some Jacksonville hospitals reporting increase in condition linked to COVID-19