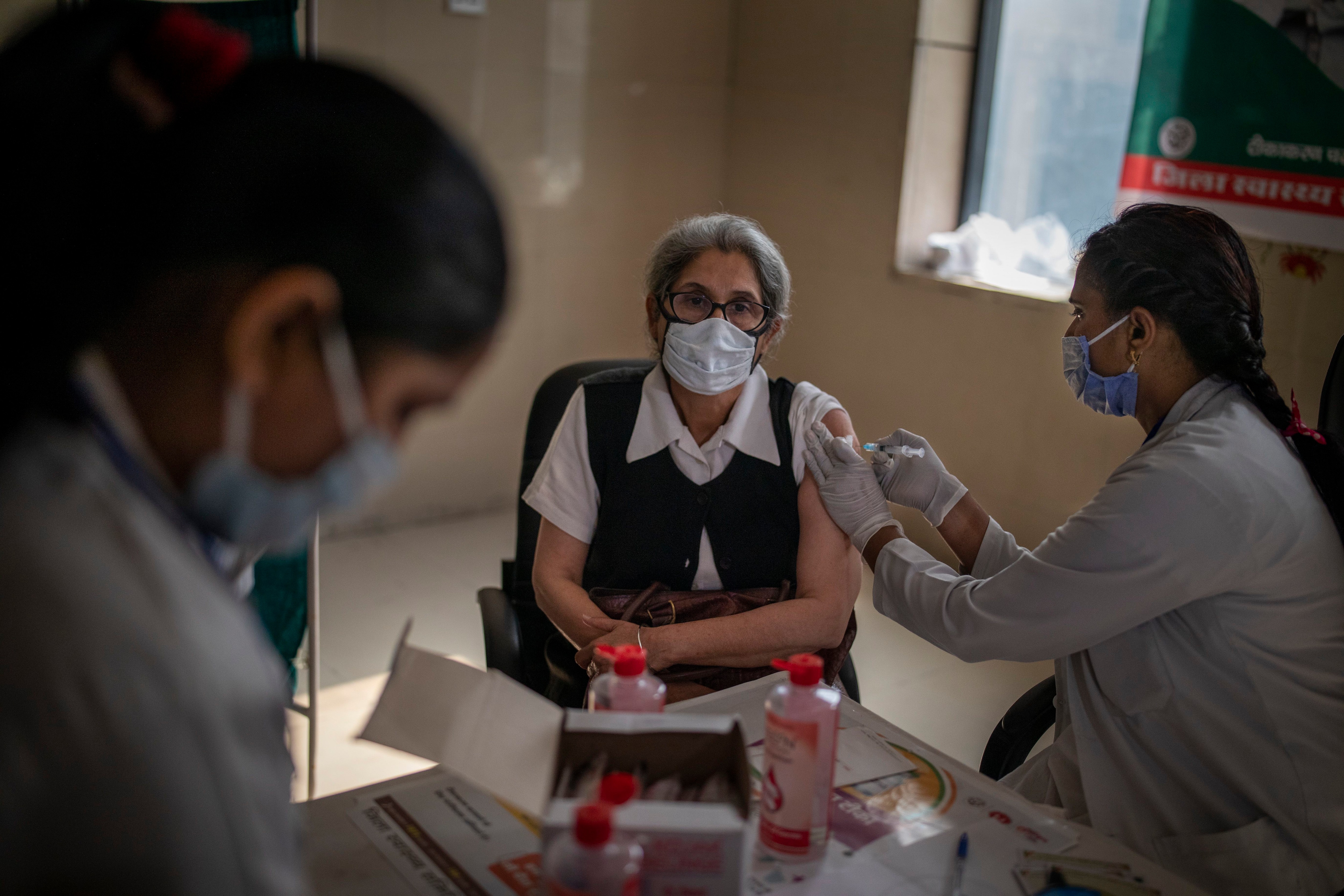 NEW DELHI — India has hit another new peak with 115,736 coronavirus cases reported in the past 24 hours. New Delhi, Mumbai and dozens of other cities are imposing curfews to try to slow the soaring infections.

The latest rise reported Wednesday overtook Sunday’s record of 103,844 infections. Fatalities rose by 630 in the past 24 hours, the highest since November, raising the total death toll in the country to 166,177 since the pandemic began.

Experts say the surge is blamed in part on growing disregard for social distancing and mask-wearing in public spaces. The latest surge in infections is worse than last year’s peak of more than 97,000 a day in mid-September.

India now has a seven-day rolling average of more than 78,000 cases per day and has reported 12.8 million virus cases since the pandemic began, the highest after the United States and Brazil.

— Biden males all U.S. adults eligible for vaccines by April 19

HERE’S WHAT ELSE IS HAPPENING:

SEOUL, South Korea — North Korea continues to claim a perfect record in keeping out the coronavirus in its latest report to the World Health Organization.

In an email to The Associated Press on Wednesday, the WHO says North Korea has reported that it tested 23,121 people for the coronavirus as of April 1 and that all results were negative.

Outsiders have expressed doubt about whether North Korea has escaped the pandemic entirely, given its poor health infrastructure and a porous border it shares with China, its economic lifeline.

During the pandemic, North Korea has severely limited cross-border traffic, banned tourists, jetted out diplomats and mobilized health workers for quarantines of tens of thousands of people who showed symptoms.

North Korea this week became the first country to drop out of the Tokyo Olympics because of coronavirus fears.

SEOUL, South Korea — South Korea has reported its highest daily jump in new coronavirus cases in nearly three months as concerns grow about another huge wave of the virus as the country wrestles with a slow vaccine rollout.

The 668 infections reported Wednesday were the most since Jan. 8 when officials reported 674 new cases. Since the pandemic began, South Korea has had 106,898 confirmed cases, with 1,756 deaths related to COVID-19.

South Korea had been struggling to keep transmissions under control following a major winter surge that erased months of hard-won gains.

There is also concern over the pace of the country’s vaccine rollout that is slower than many other developed economies after officials insisted on a wait-and-see approach because the outbreak wasn’t as dire as in America and Europe.

HONOLULU — The University of Hawaii is placing 81 football players in quarantine after eight players tested positive for the coronavirus over the past week.