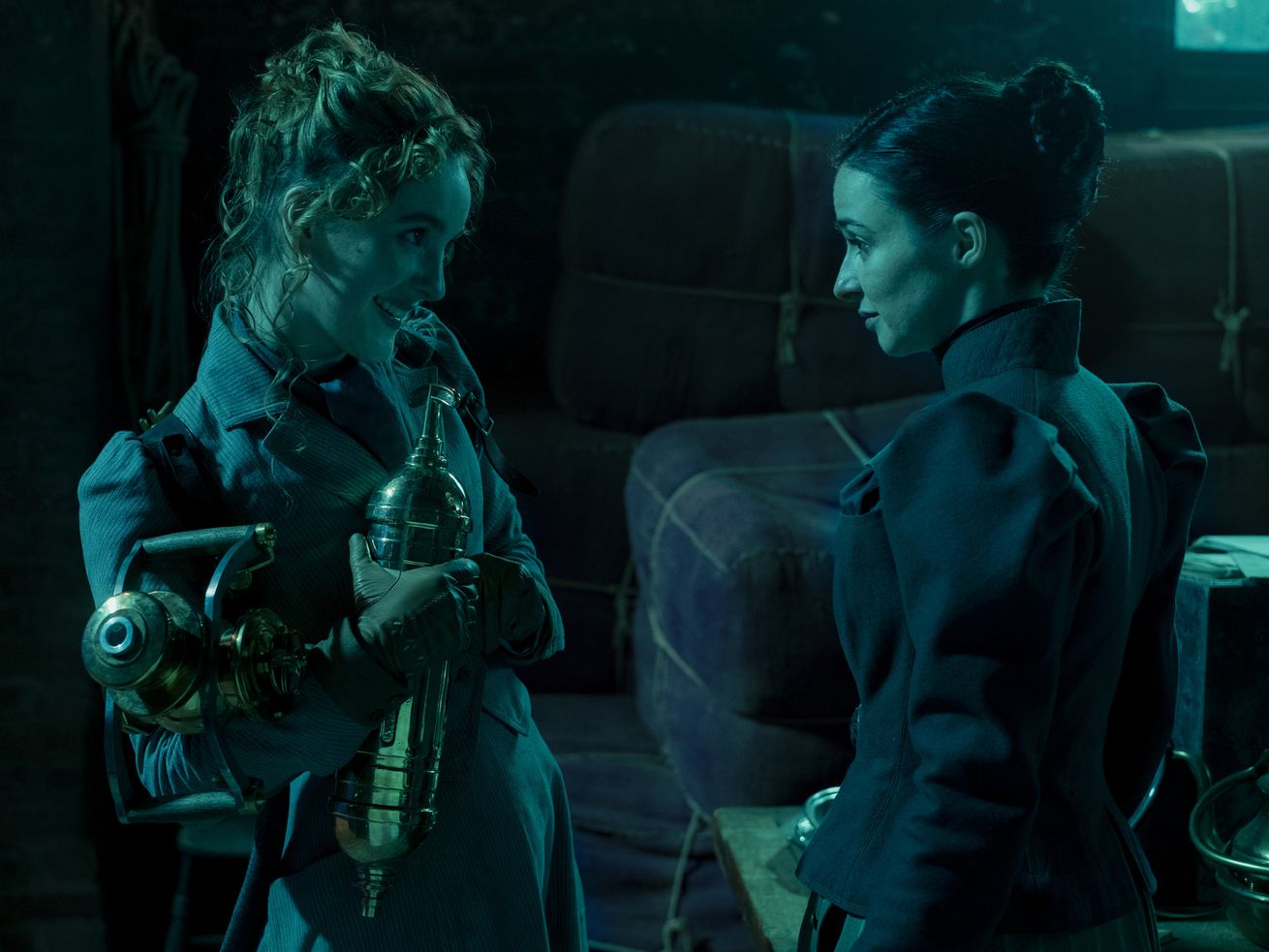 Penance Adair (Ann Skelly, left) and best friend Amalia True (Laura Donnelly) have powers beyond those of ordinary humans on “The Nevers.” | HBO

The visuals dazzle and the action scenes thrill on a show that’s part ‘X-Men’ and part ‘Doctor Who.’

We’re a few episodes into HBO’s steampunk sci-fi fantasy series “The Nevers” when a main character says, “I still don’t understand what’s going on,” and my immediate reaction was:

You and me both, sister.

But even when the multiple plot strands curl this way and that, and if it’s a bit difficult to keep track of all the players without a scorecard, “The Nevers” is a dazzling visual feast with gorgeous sets and first-rate CGI, sly humor, ambitious and sometimes deeply moving set pieces and wonderful performances from the ensemble cast. This whirling dervish of a series from Joss Whedon is part “X-Men” and part “Doctor Who,” with elements of previous Whedon projects such as “Buffy the Vampire Slayer” as well. (The series parted ways with Whedon after he was accused of workplace misconduct on past shows.) It’s a Victorian London horror story; a police procedural where some cops are as crooked as the bad guys they’re pursuing; a celebration of a deep and abiding friendship between two strong and misunderstood women who are heroes even though the world might not be ready for that, and even a sexy screwball comedy romp. (There are moments when “The Nevers” seems determined to challenge early “Game of Thrones” for Most Nude Extras in a Single Scene.)

We kick off in 1896 London, which is still roiling from an event three years previous that rendered hundreds of residents, mostly women and girls, with unusual gifts and/or curses, depending on one’s point of view. Each of “The Touched,” as they are labeled, had a unique reaction. One girl was transformed into a 10-foot giant. Another can turn anything into glass, while another can levitate objects, and another can shatter anything she touches.

Our co-heroes are Amalia True (Laura Donnelly), who has the ability to see flashes of events from the near future, giving her a decided advantage when the fighting breaks out, and she’s a hell of a fighter; and Amalia’s trusty sidekick and best friend Penance Adair (Ann Skelly), who is able to invent really cool steampunk tasers and other weapons. She’s like Q from James Bond in a corset.

Many of the touched live in a group home started by socialite Lavinia Bidlow (Olivia Williams) and they try to keep a low profile, but public sentiment has turned against them because one of their ranks, a wild-eyed woman named Maladie (Amy Manson), is a serial killer. (Way to ruin things for the group, Maladie!)

Official: Iran to enrich uranium to 60%, highest level ever