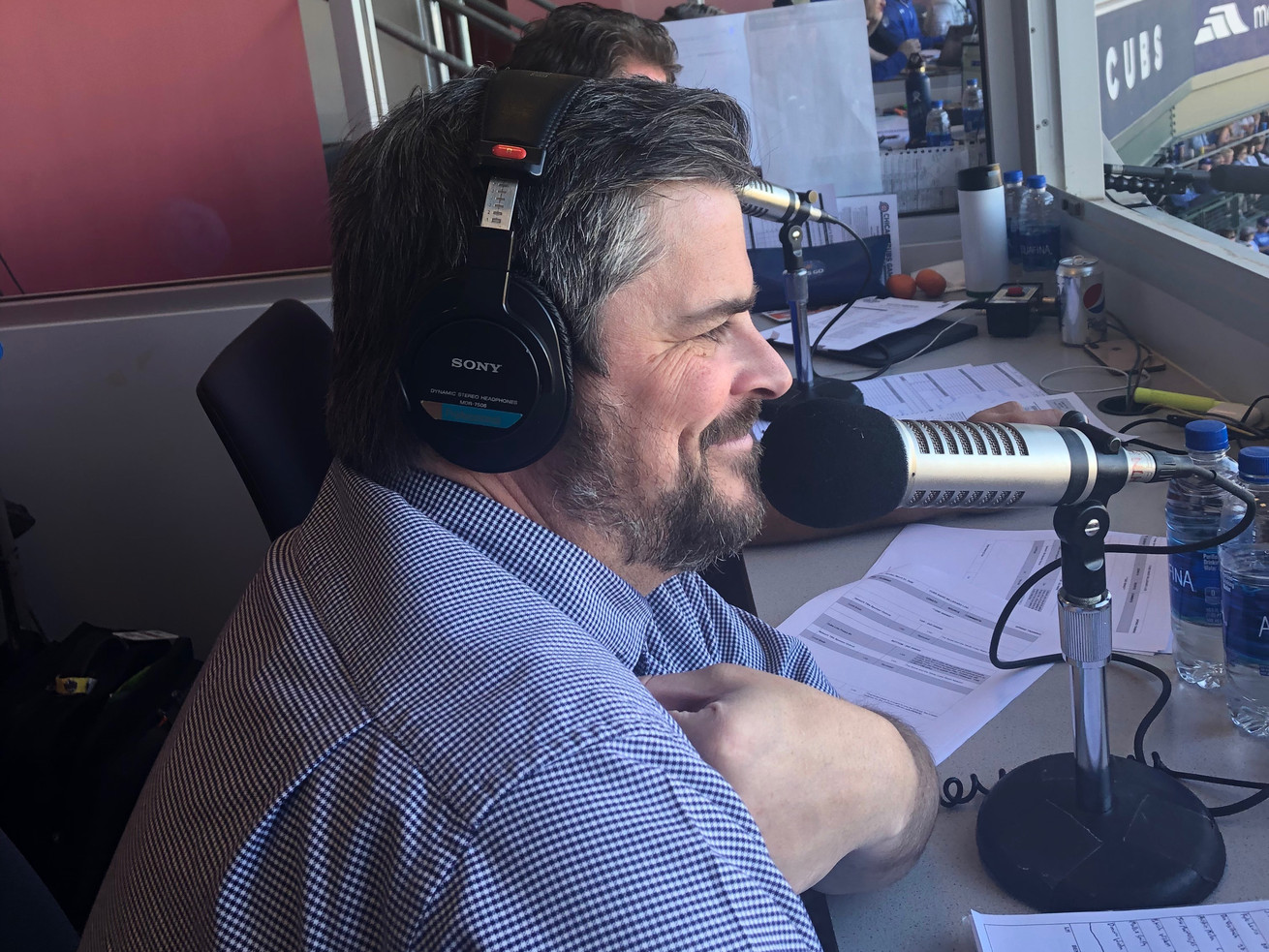 When Cubs radio voice Pat Hughes moves to TV for five games this season, Zach Zaidman will fill in. Spiegel will give Zaidman a break in the fifth inning. “This is the first dream I ever had,” Spiegel said.

It might have come off as a stunt, but Matt Spiegel wants you to know there’s nothing insincere about it.

On Feb. 17, the Cubs’ Marquee Sports Network announced three fill-ins for play-by-play voice Jon Sciambi when he calls games for ESPN Radio. One of them was Cubs radio voice Pat Hughes, who will call five games on TV this season.

Naturally, pre- and postgame show host Zach Zaidman will fill in for Hughes on the Cubs’ flagship, 670 The Score. But who would fill in for Zaidman, who also calls the fifth inning to give Hughes a break?

Danny Parkins, Spiegel’s partner on The Score’s afternoon show, stumped for Spiegel on the air that day. It wasn’t long before station operations director Mitch Rosen texted in his approval and Parkins announced the news: The job was Spiegel’s.

On April 25, when the Cubs host the Brewers, Spiegel will handle the pre- and postgame shows and call his first inning of regular-season major-league baseball.

“I’m sure a lot of people think that this is just a radio gimmick, and, ‘Oh, talk-show host gets to do an inning,’ ” Spiegel said this week. “Obviously, there’s an element of promotion that I think Mitch Rosen enjoys, and I don’t begrudge him that.

“But my respect level for the job and the booth is so high that it’s daunting to me. And while I’ve achieved a lot of other dreams in broadcasting, this is the first dream I ever had. So to get a chance to actually do it is really, really special.”

Spiegel planted the seed in Rosen’s mind in 2019, when he hosted the shoulder programming for 13 games (he’s proud of the Cubs’ 11-2 record in those games). He inquired with Rosen whether he ever could call an inning. Though he lacked play-by-play chops, he had ample broadcasting experience and baseball knowledge.

Rosen was noncommittal on the regular-season inning, but he granted Spiegel a Mariners-Cubs spring-training game March 1, 2020. To say Spiegel was nervous would be an understatement, and he’s still picked on for some of his calls. When the Mariners’ J.P. Crawford tried to steal second base in the first inning, Spiegel said, “He’s gonna be dead.” So the running joke is Spiegel kills baserunners.

Despite his foibles, Spiegel has appreciated the support the Cubs’ crew has given him.

“In 2019, Pat Hughes, Ron Coomer and Zach Zaidman were incredibly warm and welcoming to me and sensed my nervousness, and it meant the world,” Spiegel said. “Zach, in particular, has been very supportive, and I enjoy supporting him when I get to do the pre and post because part of that job is to support, encourage and work together as a …read more