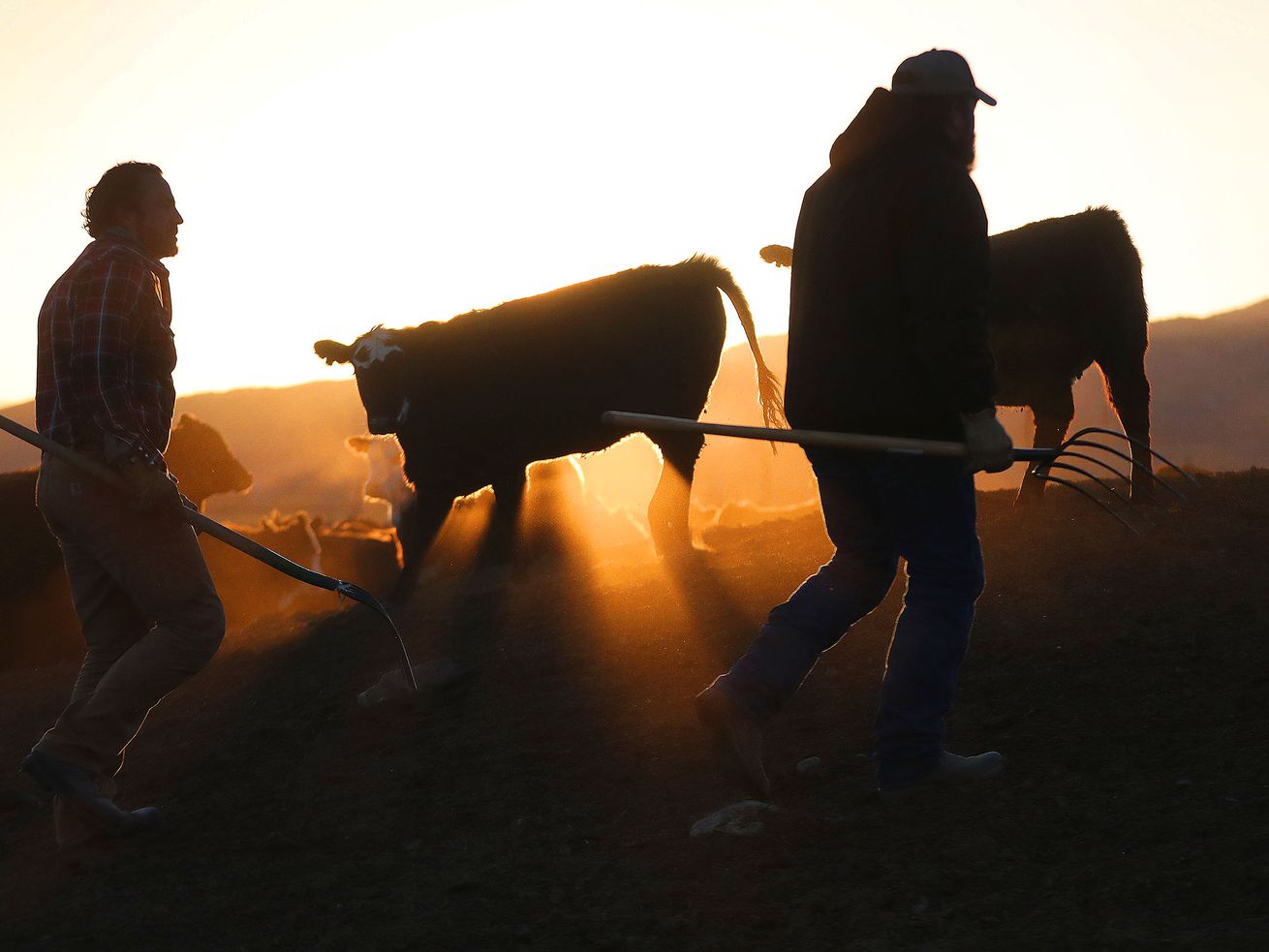 When Colorado Gov. Jared Polis declared March 20 as “Meatout Day,” urging residents to consume an alternative protein to meat, he provoked a bull market on the consumption of hamburgers, steaks, lamb chops and other meat products as consumers rushed to fill their plates.

The agriculture industry, which is the second largest in Colorado producing a value of $47 billion, reacted angrily as well and governors from at least two other states — Wyoming and Nebraska — cheerfully declared March 20 as a day that stands in support of meat.

Would Utah Gov. Spencer Cox, with his rural roots deeply planted in Sanpete County, ever, ever consider making a similar meatless proclamation?

That would be a resounding no.

“You won’t find a governor more supportive of our farmers and ranchers and defending grazing on public lands. Every day is Meat Day in Utah,” he said.

But animal production for food, including livestock grazing on public lands, is under increasing pressure across landscapes punctuated with lawsuits directed against federal land managers by environmental groups and political campaigns launched by animal rights activists.

Many cattle producers believe there’s an outright war on beef.

“Are we under assault? Very much so,” said Shawn Martini, vice president of advocacy with the Colorado Farm Bureau.

“That’s why you saw such a huge fallout from the governor’s proclamation, which had no force of law. But overall, it goes to the threat the industry is facing that something like that could generate such a huge backlash in this state and around the country.”

The Colorado Farm Bureau is a member of a coalition fighting an “animal cruelty” initiative that could be on the ballot in 2022.

Its provisions include a prohibition of sexual contact with an animal by a person involving the animal’s genitals or anus, but it does not exempt generally accepted animal husbandry practices used in the care of horses, livestock, pigs, ducks, poultry, working police dogs or working police horses.

Martini says that means the gelding of livestock or the practice of artificial insemination would be banned, as would pregnancy checks or embryo transfers.

The coalition fears that the general public will simply view the initiative — if it makes it to the ballot — as a ban on sex with animals and not read the fine print.

That fine print also includes provisions that define natural life spans of animals and then requires that the animals live out at least a quarter of their life before slaughter.

A cow lives to 20 years, for example, so that provision would require the animal not be slaughtered until …read more