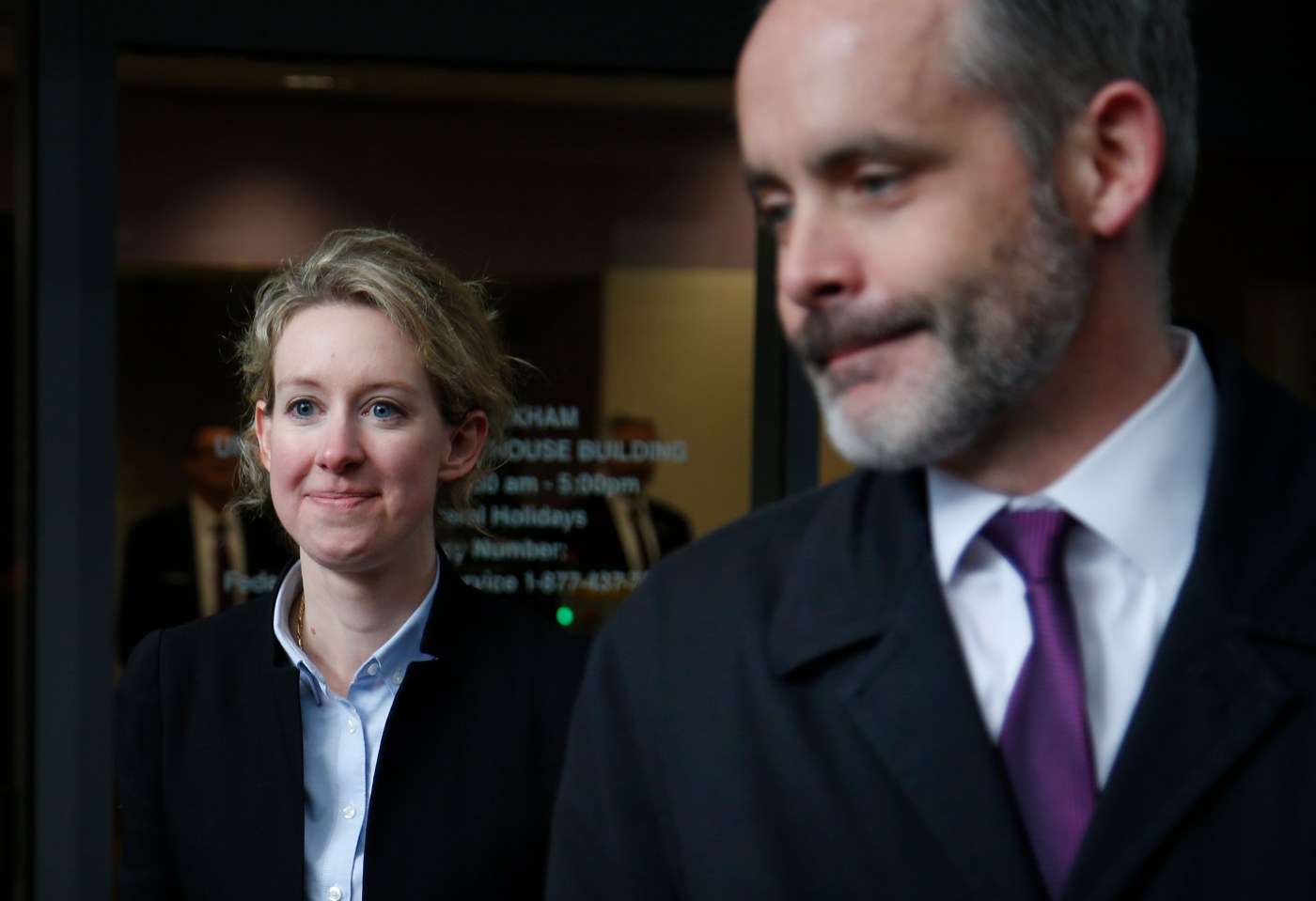 Theranos founder and accused felony fraudster Elizabeth Holmes, pregnant and expecting a baby in July, appeared in federal court in San Jose on Tuesday for the first time since the coronavirus pandemic started last year for a hearing that showed how her defense strategy is taking shape.

Holmes’ legal team, defending her against a dozen fraud charges connected to her failed Palo Alto blood-testing startup, accused prosecutors of failing to obtain a Theranos database that they suggested would show that the inaccurate blood testing central to the alleged crimes was extremely rare.

“Let’s say the erroneous result was caused by the fact that the blood sat for a day in 110-degree heat in Phoenix,” Holmes lawyer Lance Wade argued during the hearing in U.S. District Court in San Jose, adding that a phlebotomist could have erred while drawing a blood sample. “There are many other aspects of the testing process that have nothing to do with Theranos’ technology.”

With prosecutors planning to call 11 patients who allegedly received inaccurate test results, and Theranos having performed 7 million to 10 million tests, incorrect outcomes were “the proverbial one in a million,” Wade said.

Wade also cast the absence of the database — the destruction of which is a hotly contested matter in the case — as a hindrance to Holmes’ defense. “The deprivation of us from having that tool is significant,” he said.

Without actual evidence that problems at Theranos led to unreliable test results, the government is planning to cast patients on the witness stand as victims to appeal to jurors’ emotions, despite a lack of evidence that bad results were caused by the company’s technology, her attorneys argued.

Prosecutors allege that Holmes, a Stanford University dropout who founded Theranos in 2003, bilked investors out of hundreds of millions of dollars, and defrauded doctors and patients with false claims that the company’s machines could conduct a full range of tests using just a few drops of blood, when she knew the technology had accuracy and reliability problems. She and her co-accused Sunny Balwani have denied the claims.

Prosecutor John Bostic, responding to defense claims about the missing database, revealed that its destruction is the subject of an ongoing criminal investigation. Holmes, who led Theranos as CEO, was running the company when the government issued a subpoena for the database, and Theranos destroyed it before the government could access its contents, Bostic alleged. Wade accused prosecutors of creating an “aura that she’s somehow involved” in the database destruction when there’s no evidence of that.

Bostic said the patients who will testify are not only victims of fraud who were promised accurate results that Holmes knew Theranos could not reliably provide, they are also examples of systemic accuracy and reliability problems unique to the company’s technology.

While the database would have been useful, prosecutors have “several varieties of evidence” showing Theranos had accuracy issues, including testimony from former employees about recurring problems, testimony from regulatory inspectors about deficiencies in laboratory practices, failure rates of Theranos machines, and Theranos’ withdrawal and voiding …read more

3 romance novels by Stacey Abrams to be reissued