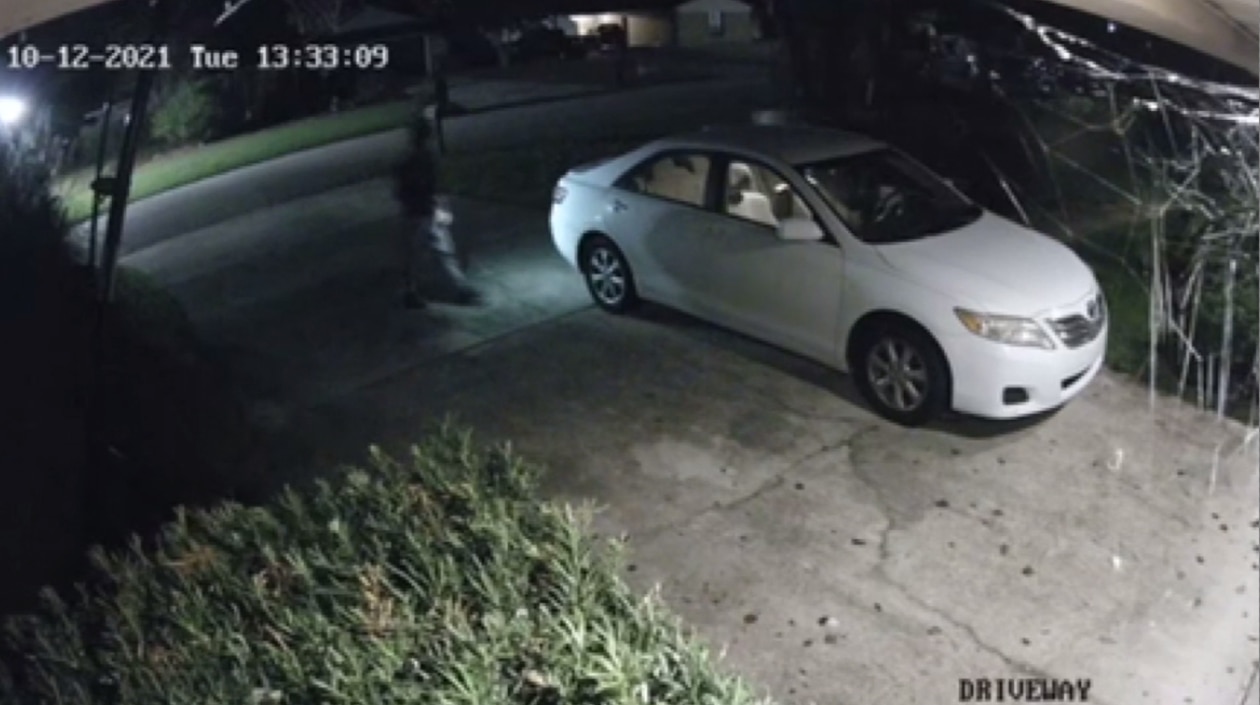 Residents of a Mandarin neighborhood say their cars were burglarized overnight — one woman saying all of her credit cards were taken.

Home surveillance video captured two thieves going through one of the cars shortly after 1:30 a.m. Wednesday.

A woman who lives along Cedar Cove Lane, who asked not to be identified, said she had just gotten into her car to go to work.

“My center console was thrown up and the glove compartment was open and all my stuff was on my front seats,” she said.

She reviewed surveillance video, which showed one hooded person entering her car from the driver’s door and another man wearing a hood and holding a flash light and approaching the car. The two suddenly are seen running off.

This all happened despite her driveway being lit.

“My neighbors to the right of me were having a party that night and so there was a bunch of people and a bunch of cars and they still came up and did that and it’s unbelievable and terrifying for sure,” she said.

She ended up cancelling her credit cards after realizing her wallet was taken.

One victim said she left her car unlocked, but she did remove her firearm from the vehicle.

According to the Jacksonville Sheriff’s Office’s crime mapping tool, there have been 39 reported thefts and burglaries in the last month within a 1-mile radius of Cedar Cove Lane.

Last year in Jacksonville, there were more than 500 reports of guns stolen from unlocked cars.

Warriors ask Draymond Green to be more aggressive on offense