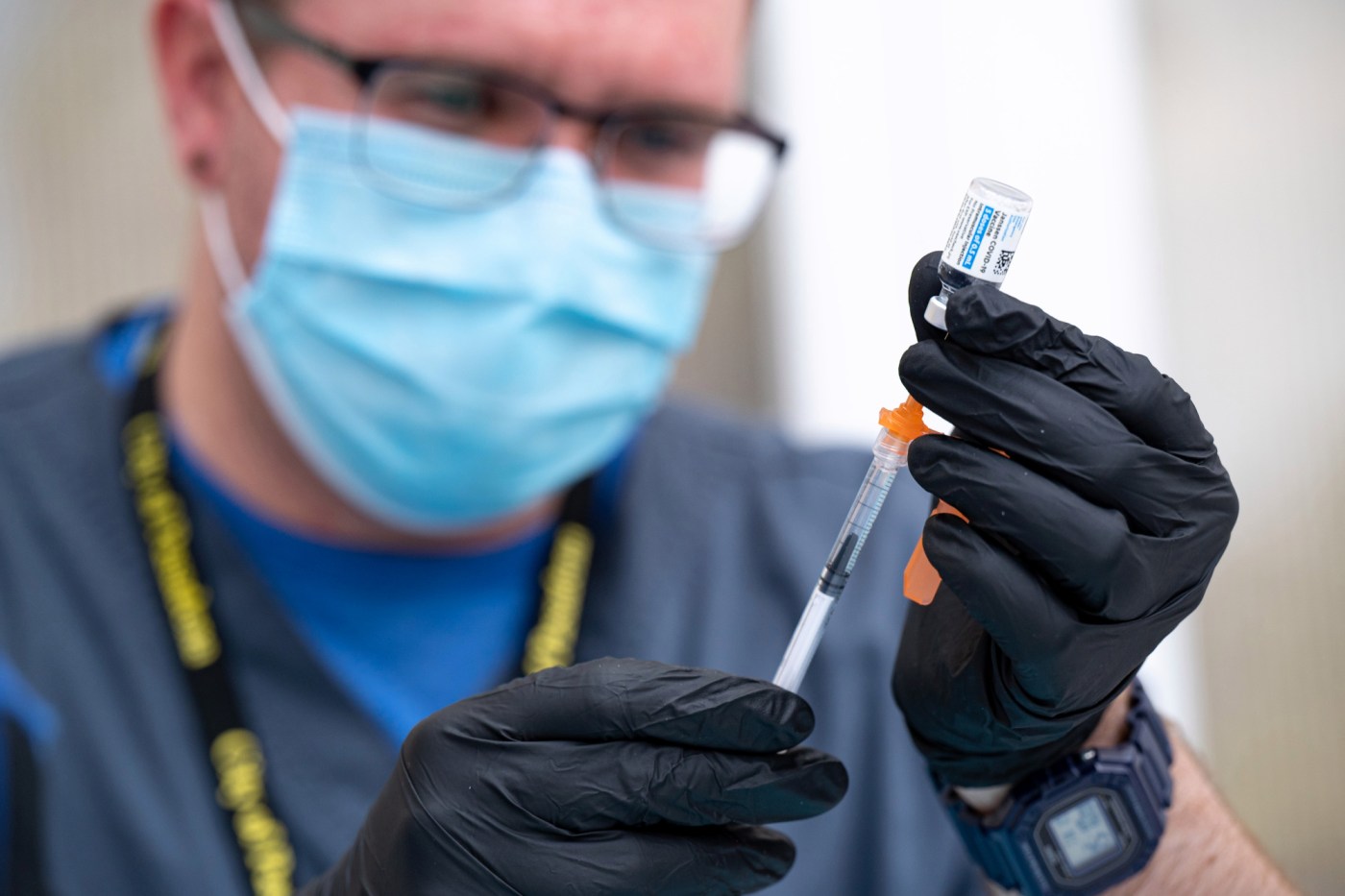 More than 6,000 Los Angeles city employees, or 11% of the total workforce, plan to petition for exemptions from the city’s vaccination mandate, according to data released Tuesday, Sept. 14.

About half of the employees seeking exemptions, or more than 3,000, work in the Los Angeles Police Department, according to the data. Those employees make up about a quarter of the police department workforce.

The data was included in a memo to elected officials that was released by the mayor’s office. It also revealed that of the nearly 60,000 city workers, 48% have so far reported being vaccinated.

Another 40% missed the deadline for reporting their vaccination status and did not respond as to whether they were vaccinated.

The data release came with admonishments from Los Angeles Mayor Eric Garcetti that city workers comply with the mandate’s requirements.

“Every city employee is required to provide their vaccine status, and the deadline has passed,” he said in a statement. “Anyone who hasn’t given us that information must do it now.”

Garcetti also warned that while the mandate allows people to petition for an exemption, based on medical and religious reasons, “we will not tolerate the abuse of these exemptions by those who simply don’t want to get vaccinated.”

“To anyone thinking about filing a disingenuous exemption request, I strongly urge that you reconsider,” he said. “Every request will be carefully vetted, and our goal will always be to get as many Angelenos vaccinated as possible.”

Council President Nury Martinez also issued a statement urging city workers “to step up and do what’s right by getting vaccinated.”

“Personnel staff will consider these exemption requests on a case-by-case basis and go from there,” she said.

The data was released after the city extended a deadline last week for city workers to report whether they intend to file for those exemptions.

Speaking to police commissioners Tuesday morning, LAPD Chief Michel Moore said he was aware of some of his officers sharing misinformation about vaccines themselves.

Moore said COVID-19 vaccination mandates are “a subject that has been weaponized in our political discourse.”

The chief added: “Some of our members have participated in that as well.”

Whether any of the thousands of religious or medical exemption requests will be upheld, Moore left that up to the criteria still to be hashed out by city leaders.

However, the chief also said he met on Monday with LAFD Chief Ralph Terrazas, who leads another city department with a significant number of vaccine-hesitant workers. He said both would not relent on their efforts to push more employees to get vaccinated.

“My intention to track the unvaccinated number each week, until that number reaches zero,” Moore said.

Police Commission President William Briggs said he was worried about the number of complete vaccinations for LAPD officers, still at around 47 percent despite weeks of the department pleading with officers …read more