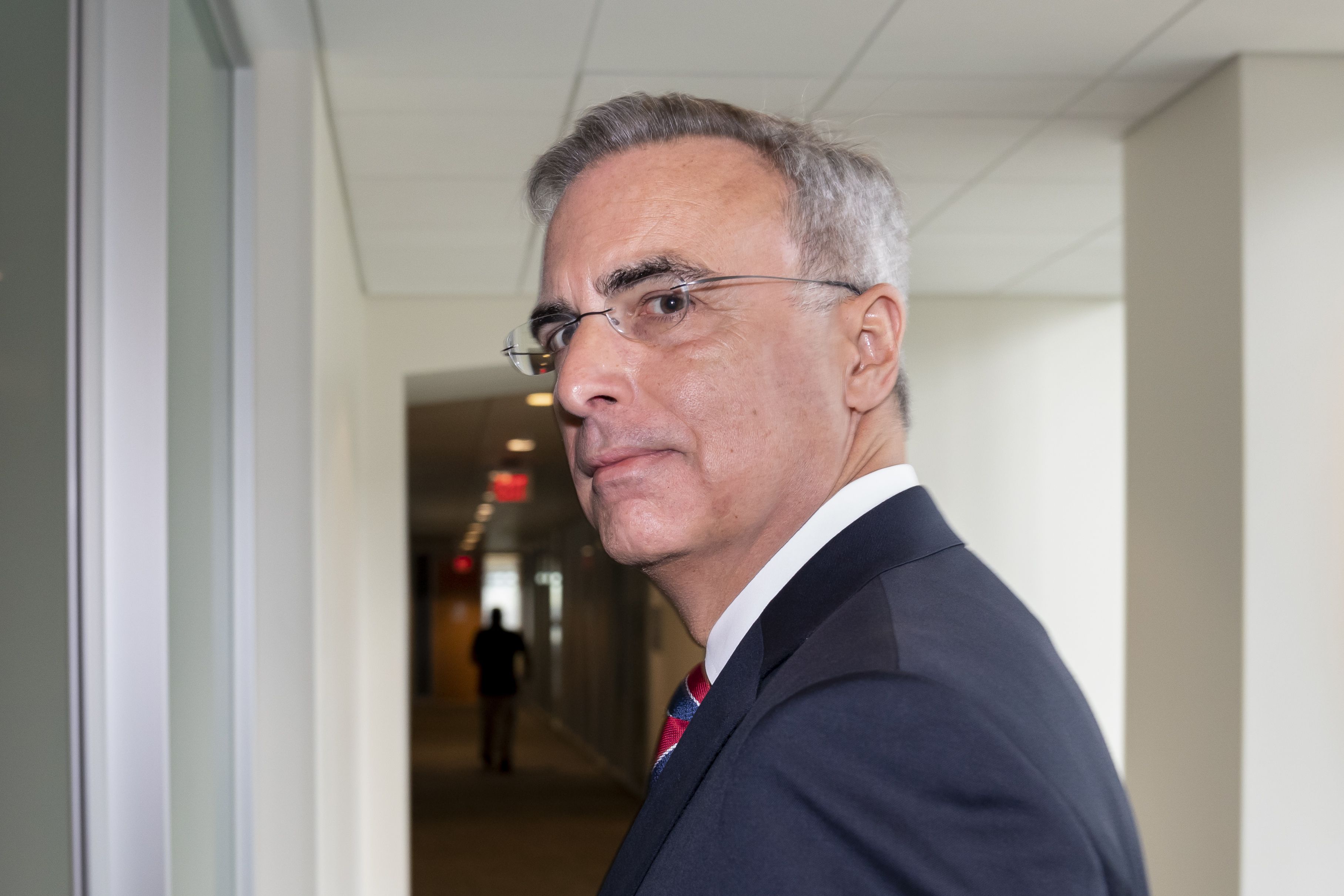 A federal grand jury investigating efforts to undo the results of the 2020 presidential election has subpoenaed the White House counsel under then-President Donald Trump and his top deputy, according to a person familiar with the matter.

The subpoenas to Pat Cipollone and Patrick Philbin suggest an intensifying Justice Department investigation into the events surrounding the deadly Jan. 6 insurrection at the U.S. Capitol, when Trump loyalists stormed the building in hopes of halting the certification of election results. They also suggest that prosecutors regard close advisers to Trump as potentially vital witnesses.

Cipollone was the top White House lawyer in the final days of the Trump administration and was part of the legal team that defended the Republican president in his first House impeachment trial in 2020. But Cipollone vigorously resisted attempts by Trump and his allies to undo the results of the presidential election Trump lost to Democrat Joe Biden, saying he did not agree that there was sufficient fraud to have affected the outcome of the race.

The grand jury subpoenas were confirmed to The Associated Press by a person familiar with the matter who insisted on anonymity to discuss an ongoing investigation. Cipollone, Philbin and a lawyer who has been representing them did not return messages seeking comment Thursday.

What happens next is unclear, though there may be negotiations over the scope of the grand jury testimony given that Cipollone and Philbin were lawyers inside the White House and were privy to numerous private conversations with the president. Executive privilege generally protects a president’s ability to obtain candid counsel from advisers without fear of immediate public disclosure, though there are limits.

Federal prosecutors have been especially focused on a scheme by Trump allies to elevate fake electors in key battleground states won by Biden as a way to subvert the vote, issuing subpoenas in recent weeks to multiple state Republican party chairmen.

In Colorado mountain towns, where affordable housing is scarce, “even living out of your car is gentrified”

The Justice Department investigation into the Jan. 6, 2021, insurrection and into the efforts to overturn the election has been proceeding alongside a separate probe by a House committee, which has held several public hearings, including in prime time.

Cipollone was interviewed privately by that panel last month and refused to discuss his conversations with Trump, citing executive privilege.

But portions of Cipollone’s private interview were featured prominently in recent hearings of the Jan. 6 panel, including video clips of him discussing a heated December 2020 meeting at the White House during which outside aides and advisers to Trump discussed a proposed executive order calling for the seizure of voting machines.

Golden Globes 2021: The Complete List of Nominees | Entertainment Weekly
The NFL players in new places we're most excited about

Josh Allen teased the Bills’ stunning red-inferno helmets, and they looked incredible in every way