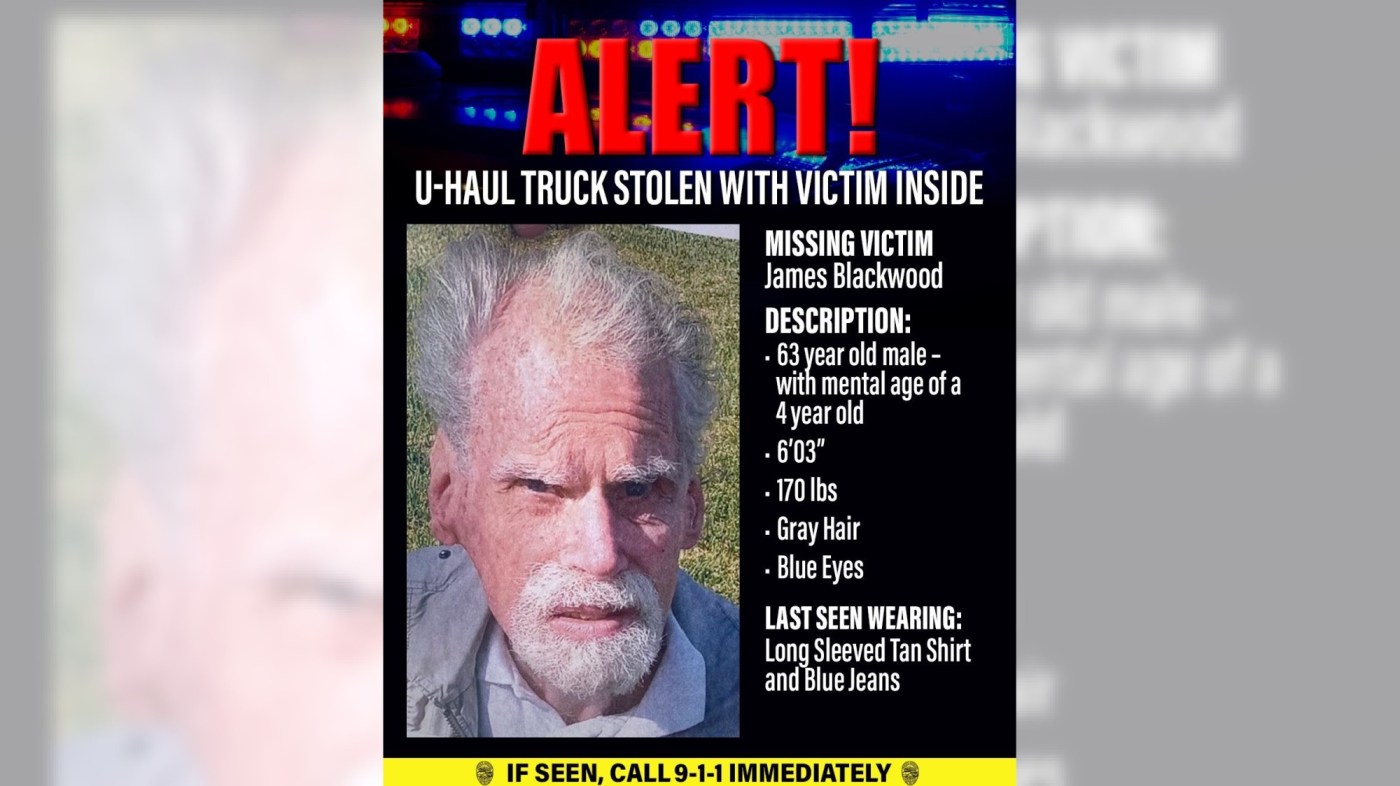 Relatives and police sought an autistic man in his 60s and the U-Haul box truck he was in, which was stolen in Anaheim on Wednesday, June 22.

The 2011 GMC box truck with an Arizona license plate number of AE23468 was reported stolen at 2:20 p.m. on the 3100 block of West Lincoln Avenue, Anaheim police said in a news release. James Blackwood, a 63-year-old man with the mental capacity of a 4-year-old, was inside the vehicle when it was taken.

He stands six feet and three inches tall and weights about 170 lbs. He was last seen wearing a tan long-sleeved shirt and blue jeans, police said.

The truck was last seen heading north on Western Avenue. The person who took it was described as a woman who was wearing a white bandana over her face.

Police asked anyone who might have seen Blackwood, the stolen truck or the woman who took it to call them at 714-765-1900.

Missing man found dead in Death Valley, may have ran out of gas in dangerously hot weather

Family of suspect in Amazon disappearance: ‘He is innocent’

1/6 panel to hear from Raffensperger, others Trump pushed