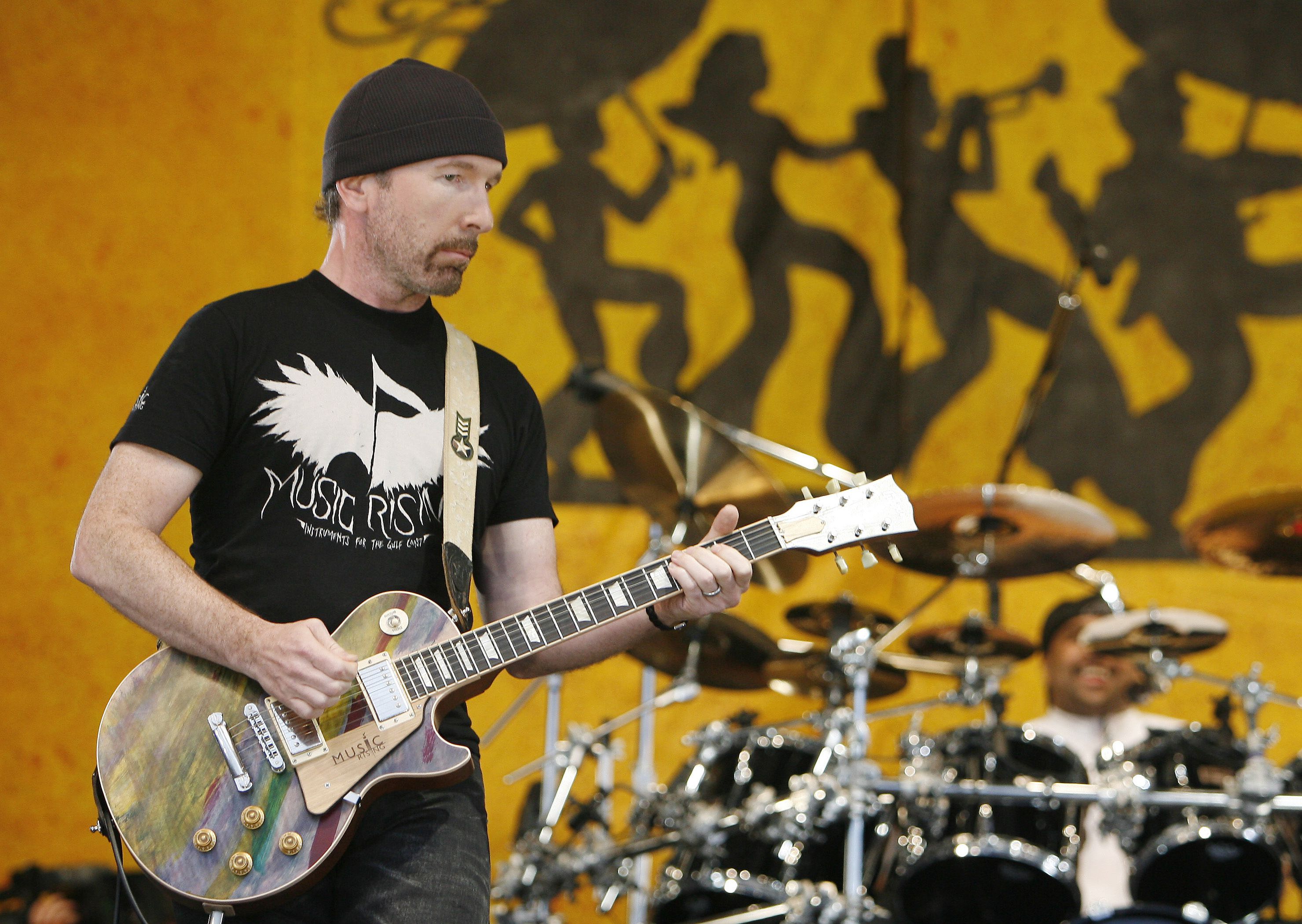 When The Edge saw the Rolling Stones perform recently, his mask allowed him to go unrecognized as he watched guitarist Ron Wood from the front row.

“I have to say one of the benefits of mask wearing is it’s like a cloaking device if you’re a famous face,” the U2 guitarist recently told The Associated Press while promoting his Music Rising charity and its Dec. 11 auction of famous guitars and other rock memorabilia to support New Orleans musicians hit hard by the pandemic.

“Ronnie has donated a beautiful guitar to our auction. So, I was so stoked,” he said.

Founded by Edge and producer Bob Ezrin, the charity was started in 2005 after Hurricane Katrina as a means of replacing instruments lost in the flood. Once the pandemic set it, it found a new mission.

“We want to try and reestablish the live music scene where it’s suffered a kind of major setback. So back in post-Katrina, we were replacing instruments. Now we’re not being that specific. We’re actually willing to just fund people’s livelihoods,” Edge said.

Two of Edge’s guitars that he’s played extensively on tour with U2 will be among those sold, including the instrument he calls the “One.”

“It’s a beautiful Les Paul and it’s actually a music rising Les Paul, part of … a limited edition of 300.”

The other is a custom designed Fender Stratocaster used while on tour to perform “Bad” and “Still Haven’t Found I’m Looking For.”

“They are real serious guitars that I’ve spent a lot of time playing and they’ll — they’ll be missed.”

Others donating guitars include Slash, Lou Reed, Steve Miller, and a bass from Paul McCartney. During the interview Edge held up a vintage photograph of McCartney playing the donated guitar in a studio while Stevie Wonder played the drums.

“This is two of my great heroes in the one shot and that bass guitar is going to be in the auction.”

Erzin, who has produced a litany of classic rock artist from Alice Cooper and Aerosmith to Pink Floyd and Kiss. Each has donated memorabilia to the auction. But Erzin says guitarist Paul Stanley personally had to search for his donation.

“Paul Stanley going down to the warehouse to find the guitar because his guitar tech had passed away from COVID, as a matter of fact, and he had to go himself to go find the guitar that he wanted to give us,” Erzin said.

Some of the offerings are currently on display at Van Eaton Galleries in the Sherman Oaks neighborhood of Los Angeles.

“We feel like this is a good moment as venues are just beginning to start to open up again to give these musicians the chance to get their equipment back in place and get playing again,” he said, noting that many musicians had to sell their instruments to survive.

As for U2, Edge says the band has no plans to go back on the road. That’s been fine by him since he’s been in a “songwriting and the compositional” phase that coincided with …read more

Dodgers lose Max Scherzer to Mets; Corey Seager could be next to leave