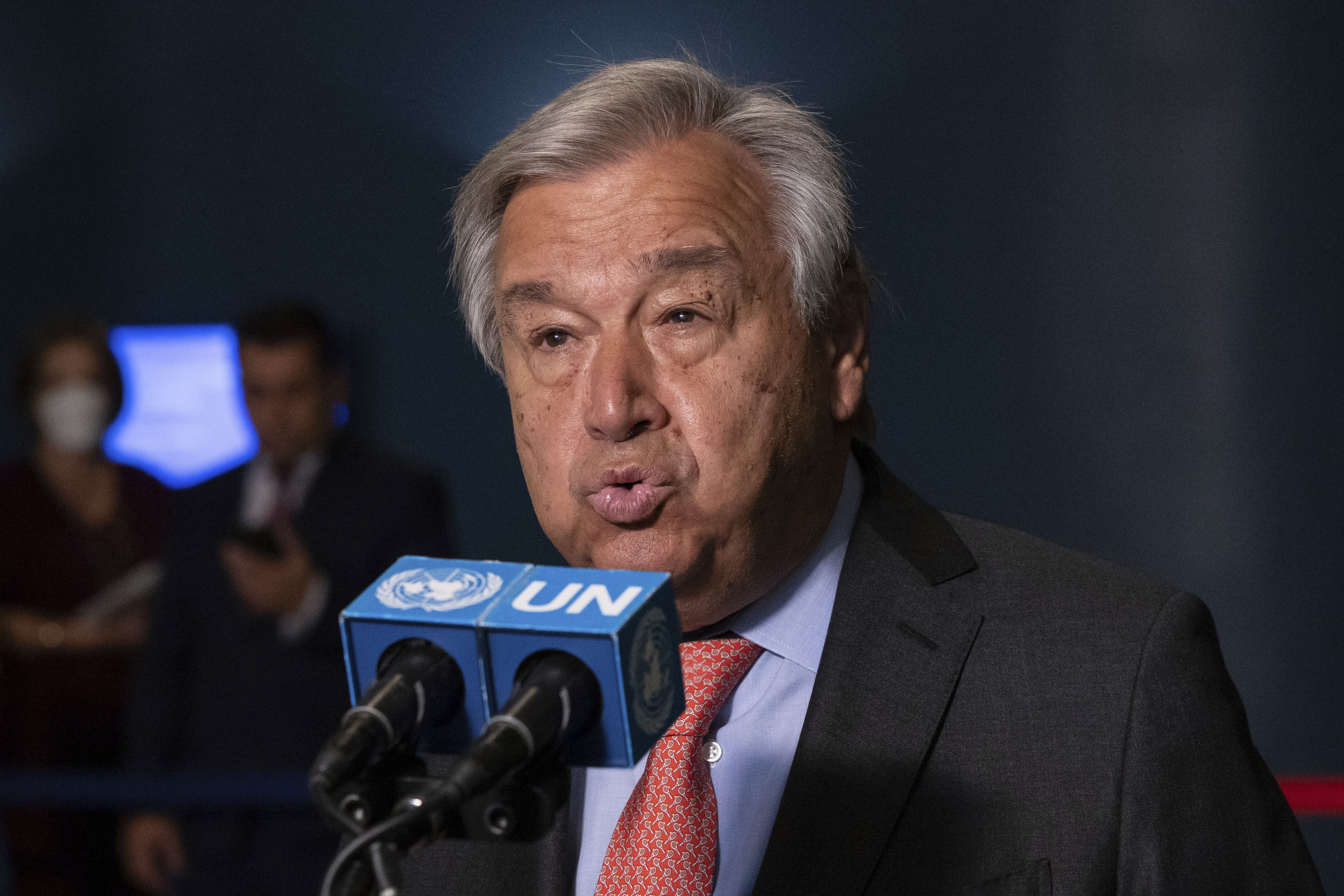 The United Nations chief sharply criticized the “grotesque greed” of oil and gas companies on Wednesday for making record profits from the energy crisis on the back of the world’s poorest people, “while destroying our only home.”

Secretary-General Antonio Guterres said it was “immoral” that the largest energy companies in the first quarter of the year made combined profits of close to $100 billion.

He urged all governments to tax these excessive profits “and use the funds to support the most vulnerable people through these difficult times.”

Guterres urged people everywhere to send a message to the fossil fuel industry and their financiers that “this grotesque greed is punishing the poorest and most vulnerable people, while destroying our only common home, the planet.”

The secretary-general spoke at the news conference launching a report by the Global Crisis Response Group he set up to tackle the triple interconnected crises of food, energy and finance which have especially hit countries trying to recover from the COVID-19 pandemic and deal with the devastating impact of the war in Ukraine.

Guterres told reporters that “we are seeing excessive, scandalous profits of the oil and gas industry in a moment in which all of us are losing money” because of inflation around 7-8%. And “nothing will be more popular than to tax the excessive profits … and to distribute that money to the most vulnerable families,” he said.

The crisis group has already presented recommendations on food and finance and Guterres said he believes “we are making some progress” in those areas, especially on food.

The report released Wednesday focuses on the energy crisis, and the secretary-general said it aims to achieve the equivalent of the grain deal he first proposed to the Russian and Ukrainian presidents to enable Ukrainian grain to be shipped from Russian-blockaded ports on the Black Sea to world markets in desperate need of food supplies. The first ship to leave Ukraine was headed to Lebanon Wednesday after a three-hour inspection in Turkish waters.

Guterres said speculators and obstacles to getting grain and fertilizers to global markets during the Ukraine war sent food prices soaring. But since negotiations on the grain deal “gained traction,” he said, there has been “a significant fall” and today prices of most foodstuffs and fertilizers are more or less at their pre-war prices.

“But that doesn’t mean that bread in the bakery is at the same price before the war, because these are quotations in wholesale markets, some of them related to futures,” he said, and there are a lot of other factors contributing to rising prices including transportation and insurance costs and supply chain disruptions.

U.N. trade chief Rebeca Grynspan, who coordinated the crisis group, said wheat prices are down almost 50% from their peak, corn and fertilizer prices have dropped almost 25% in the past month and crude oil is now around $93 a barrel compared to $120 dollars a barrel in June. “Only natural gas has bucked the trend and is still higher than a month ago,” she told reporters by video from …read more

49ers camp: Garoppolo steps out of shadows but no threat to Lance